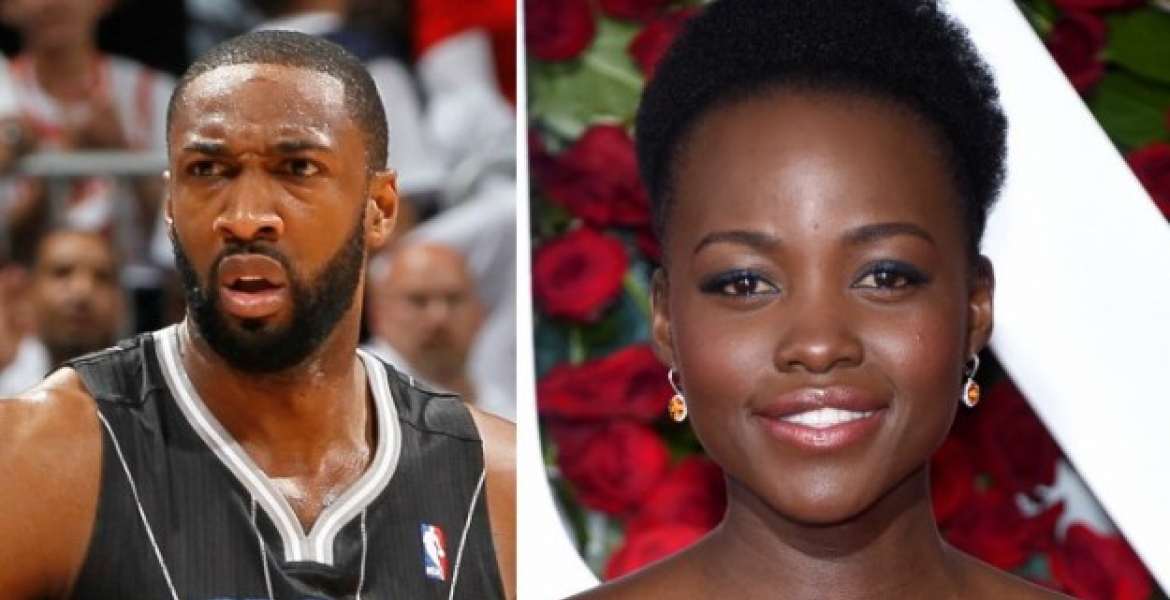 Former NBA player Gilbert Arenas has caught the ire of social media users for posting on his Instagram page that dark skinned women are not beautiful. He singled out two famous Kenyans, Oscar-winning actress Lupita Nyong’o and supermodel Ajuam Nasenyana - who has worked with global fashion designers such as Victoria’s Secret and Carlos Mienes.

Arena’s post was in response to Pan-Africanist Rashidi Kweli, who wrote on his page encouraging darker skinned women to be proud of their skin:  “Black Girl, You don’t have to be mixed to be beautiful…Your African features are all you need for attractiveness . Never tell yourself or let anyone tell you that in order to be attractive you must be mixed.”

Kweli’s post got a lot of positive feedback from online users, but not from Arenas.

“How black are we talking??? Not to be funny can u name a beautiful black woman on the outside…not brown skin…like tyrese black…top 50 most beautiful women of all time.. the darkest women they have is (Keisha knight Pullman aka Rudy)(gab)) union) (tarsal hicks) (Serena Williams)”.

He continued, saying Lupita Nyong’o is "cute when the lights are off". About Ajuma, Arenas said “sorry but ewww”.

Here is his complete post on that:
“When you say African features black then u have (#1 lupita n’yonga) and she’s cute when the lights are off second is (Ajuma nasenyana) sorry but ewww so the beautiful black women u try to boost up is technically light skinned or brown skinned…” 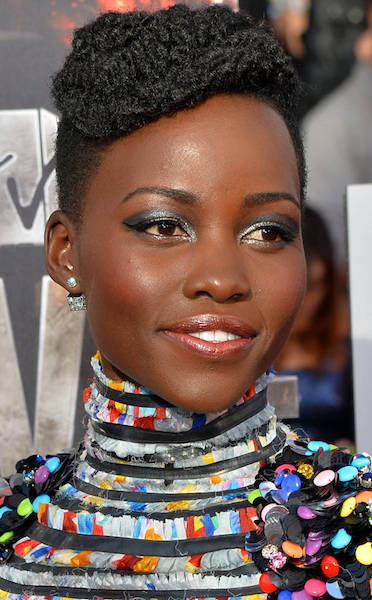 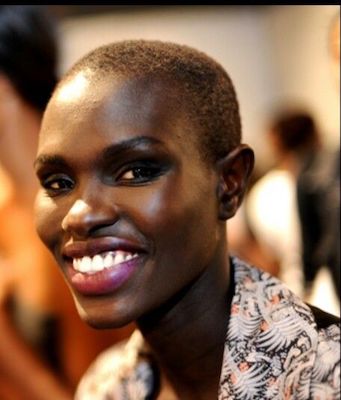 Arenas deleted his post after received backlash, but that has not stopped online users from hitting back at him.

Anyone who says Lupita Nyong'o is only beautiful with the lights off needs a reality check. Stay un-woke, Gilbert Arenas. And shut up.

Gilbert Arenas has always been problematic. Always. He's trash🗑 in every aspect of the word. His children have dark complexions like Lupita

Gilbert Arenas thought having kids with a non black woman meant his kids would come out light and they came out dark like him.

Gilbert Arenas is out here questioning the beauty of dark skinned black Women and look at his daughters 🤦🏽‍♂️ pic.twitter.com/XXEyqroVY3

Gilbert Arenas, go read or see video of MALCOM X-- "who tought you hate your self". And rest knowing that you are a disgrace toTHE HUMAN RACE PERIOD.

This Gilbert is clearly suffering from the effects of Slavery, who taught you to hate your self? Read your History boy!

Gilbert Arenas hiyo mapua yako inakaa mwavuli and you have the guts to tell other people they are not beautiful. Dark women are beautiful period

Would it not be ridiculous if all dark skinned people consciously decided to only marry whites,or very light skinned people so that their kids can turn out to be light skinned?As ridiculous as it sounds,some do just that.It is unfortunate that in this day and age black people are still"enslaved" with this issue of skin color.
Some of these skin haters will not see"ugliness" in black cars, black dogs,black bible cover,but only discriminate when it comes to people.Why?
Anyway, I would like to know wazungus take on this,since their ancestors are partly to blame for causing blacks to hate their skin color.And if Mzungu started saying that dark skinned people/blacks are very beautiful are these skin haters going to readjust their thinking? Black people we have a problem...

Heh, I have many girlfriends and guy friends who jumped hoops to marry and/or bore kids because the man or woman was white. The jumped through hoops to get that light skinned baby .In the words of Trump - SAD! The others will be caught dead wearing anything BUT their natural hair but their excuse goes from " it is just weave to protect my natural hair ( goddamit, 1000 years ago, non protected Kinky black hair did just fine), or it is fashion my ass and using SNL skit - Complacent. I have a girlfriend who has to wear a wig to look professional but excuse me all my life I have worn my hair in braids, very short etc and no one denied me a promotion . I have met some African men who marry white women because "they are well mannered and easy" and these men forget who gave birth to them and who made them CEOs or Directors SMH...ugh I could go on and on. The fact the rest of the world is threatened by dark melanin, and the fact that someone finds a way to criticize black people, deny them, find them unattractive = WE MUST BE GODDAM IMPORTANT, perhaps we need to OWN it and stop falling in these traps and make ourselves great and ignore the Gilberts whoever he is , I never watch basketball so I do not even know who the **F*** he is . I think black people we care way too much what people think of us and as such we forget to stay focussed and do us!

I couldn´t agree with you more. Growing up, I had more than my fair share of melanin. I happen to be Kiuk and the worst were many Kikuyus who associate light skin with beauty. Many of my relatives and sibblings are lighskinned and I inherited my skin tone from one of my dark parents - I was a bit self concious in my teenage years. When I went to the states for college, I was shocked at the amount of attention white and Asian girls gave me in the dorms, something I was not used to....I am older now and No I am not married to a jungu but a fellow Kenyan. I was shocked that as recently as last year, some kiuk woman tried to play that skin tone thing on me...she was slightly lighter than myself! So, when I hear people say self hate, I find it worse in Kenya where people will go out of their way to make sure that they associate beauty with a lighter skin person.

Self-hate of the highest order....only in America do you see this level of idiocy! Pathetic man with an IQ of an idiot. The other day I saw a young white boy who thought the teacher would not tell him apart from his black friend if they shaved alike......and here a whole married man with kids (black kids) is reasoning below this boy's level. These black Americans never stop amazing me.

"non protected kinky hair did just fine", I love it. What is not talked a lot ,but is just as shameful is that, some black people used to pinch their noses so that they resemble those of white people...
Seriously, can a mere skin color cloud all the good characteristics ,and make some one ugly?Those who judge others by skin color have serious mental problems,.They may not know it,or admit it,but they do.To say Lupita Nyong'o is not beautiful because she is dark skinned is beyond my comprehension .
What these skin haters should know ,or be reminded of is that, at the end of the day, sickness, laziness, corruption, prostitution, and finally death, does not care what shade of skin you have.

You can not teach an Idiot to love himself. What a pathetic excuse of a man. I would hate him to be my father. Real sorry case of a child in grown up clothes. His whole family should be sorry to have him as a relative. Small minds equals small IQ.

I don't think he is handsome. Look at his nose n mouth. He has been enslaved mental believing he is white. Shame on him

This nigga is a disgrace to Washington Wizards

Mr. NBA player, Let me put it clear to you, black conformities are the MOST beautiful creatures that God had ever created on this planet. As far as I am concerned, the whites you perceive in your naïve mind to be beautiful are the MOST UGLIEST characters God ever created. So stop your nonsensical utterances against characters like Lupita, she is a heroine and this is why your are too jealous of her. Truly, and naturally, LUPITA NYONG'O is BEAUTIFULLY MADE.I think your opinion is just that, you are suffering from a state of shoddiness, coupled with a lot of illiteracy(NAIVITY).

Of course a Black man named "Gilbert" will have something negative to say about Black culture.

The things that people say to tear down our beauty. Why do you have to hate on our skin? Dig deeper into your history then you will know the true concept of beauty. This is why people today are still having black lives matter movements because of stupid black people like you.