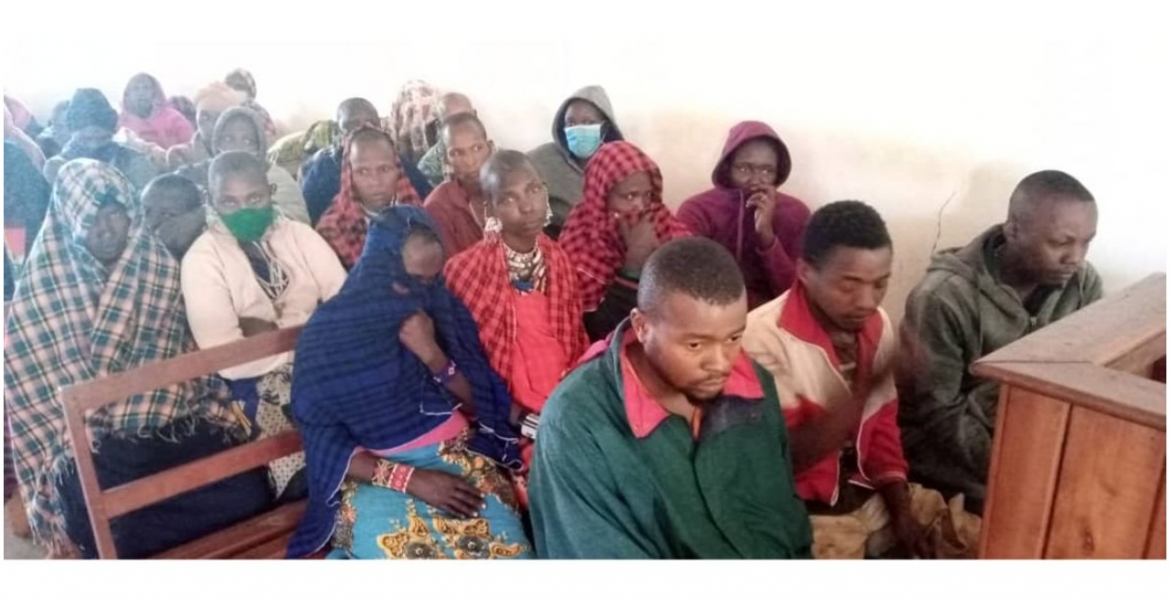 A Tanzanian court on Wednesday sentenced 26 Kenyans to one year in prison or pay a fine of TSh500,000 each after they were found guilty of entering Tanzania illegally.

Baraka Kibululu, the acting resident magistrate of Rombo District Court in Kilimanjaro region ruled that the Kenyan nationals entered the country without permits and passports.

The court heard that the suspects were arrested on March 9th, 2021, after immigration officials received reports that foreigners were spotted in Usseri. The Kenyan nationals were sentenced after they pleaded guilty to the charges leveled against them.

“So for committing the crime the court sentenced them to one year in jail or pay a fine of TSh500,000 each,” Baraka said.

It is not clear whether the 26 managed to raise the hefty fine or were taken to jail. To enter

Tanzania as a tourist, one is required to apply for a Tanzanian visa or receive a visa on arrival.

Does not seem like agood neighborly act considering the fact that one time their forefathers crossed back and forth without interdiction.
An less they are criminals, they should just be returned back with some education on how to properly enter into their neighbors' compound.
What happened toe East Africa Unity,and Community? was it not intended to ride africans of these restrictions.

What happened about the East African free travel. One passport why you need to be so punitive. Release them 1 year is too much.We need to also send your president home .

I think it's some kind of political ploy. It will cost TZ way more than $216 per person to house and feed these people for a year. Someone recently pointed out how easy it is for non Africans to visit African countries and this really proves it. What is the point of an EA passport if not to ease travel and business?