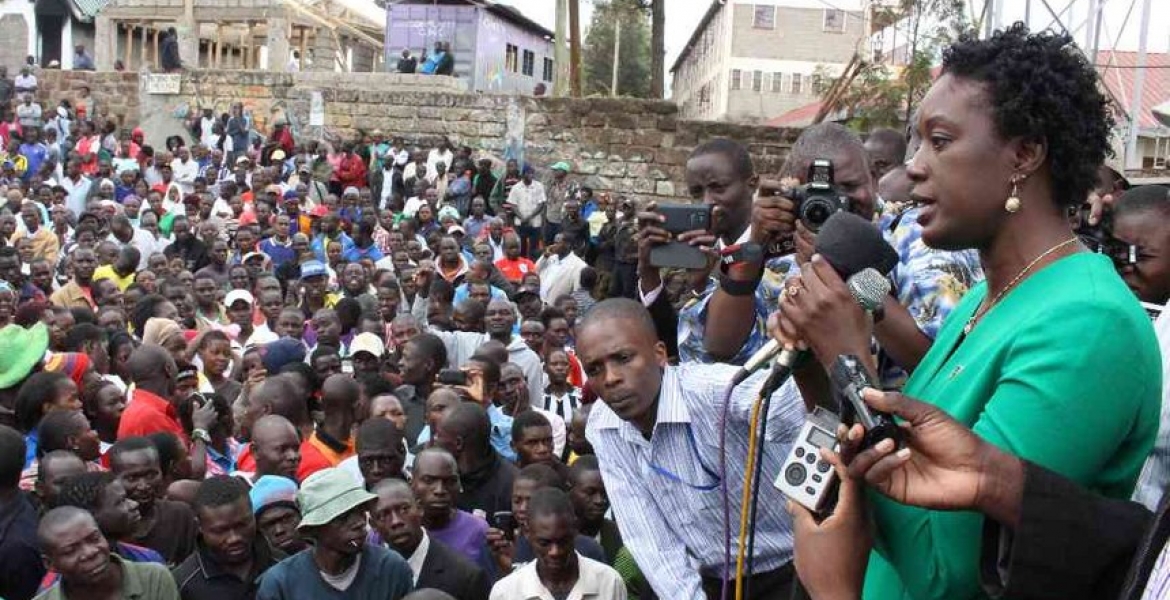 In a statement on Facebook, Rosemary said that she bowing out of the race following the advice of her doctor, but promised to serve the constituency in other capacities. “It is following my doctor’s advice, that for the time being, I will continue serving my community in other capacities and regrettably bow out of the race for Member of Parliament,” Rosemary said in a statement.

Rosemary has been in South Africa since late February receiving treatment following an operation from a non-cancerous brain tumor.

The 39-year-old had been campaigning for the seat for about two years, and was expected to challenge incumbent Ken Okoth in the ODM primaries set for this week. Her name was conspicuously absent from the list of aspirants for Kibra Constituency that ODM sent to the IEBC last week.

In bowing out, Rosemary seems to hint at endorsing Ken Okoth, saying in her statement “you can all be proud of your current MP who has championed the cause of justice and empowerment through education.”

Kibra Constituency was created prior to the 2013 general elections. Prior to 2013 the area was part of Langata Constituency which Rosemary’s father Raila Odinga represented for four terms, from 1992 to 2007.

Wise move. There are two careers to avoid in your life. Engaging in Politics or religion. These two careers bring out the worst in human behavior.
Just ask your father to tell you what happened to your grand father when he allowed Johnston Kamau to be the first prime minister of Kenya after he turned down the offer of being the first prime minister of Kenya given to him by the British in 1958!
Don't forget to ask your father what Toroitich Arap Moi did to him when your father challenged his authority! Finally, let him tell you what Mwai Kibaki did to him and Kalonzo Musyoka while he was in power.

Currently, we have two people in power who supported Toroitich while he ruined Kenya and never participated in the second liberation of Kenya! Politics is dirty and evil! Please I beg you to stay away from it.

It is sad to let you know that, the forces that ruined your grand father in politics are still alive and well. They will never allow your father to be the president of Kenya!