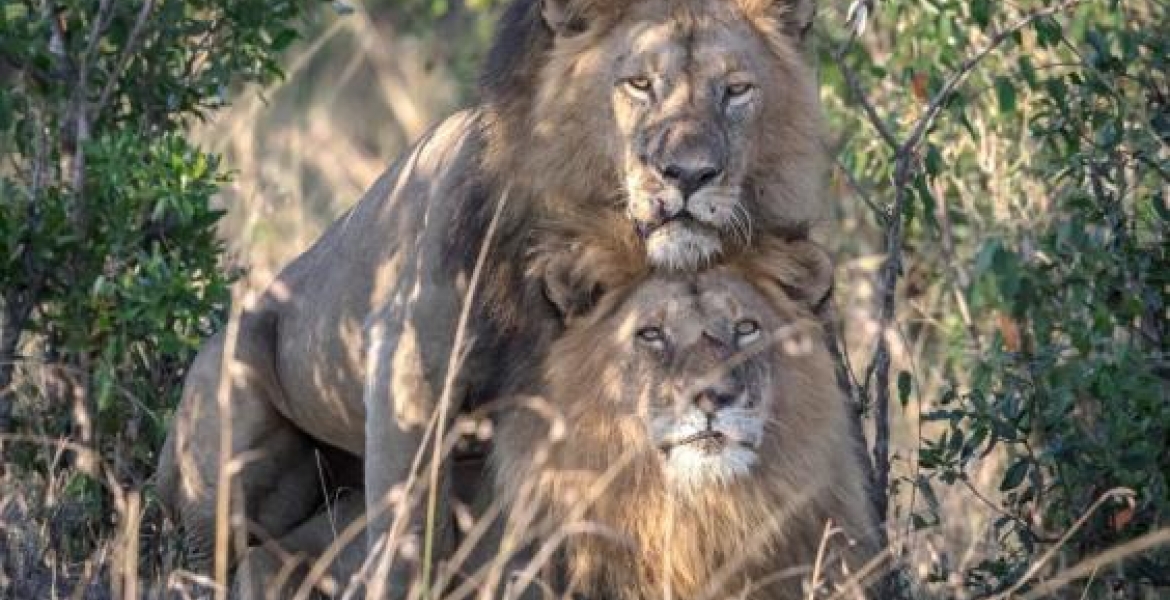 Speaking to the Nation, Mutua, a vocal anti-gay crusader said that the big cats should be isolated and be exposed to counseling over their sexual behavior.

”These animals need counseling, because probably they have been influenced by gays who have gone to the national parks and behaved badly,” Mutua told Nairobi News.

The films board boss further called for investigations in the two jungle kings saying it was abnormal to find two male wild animals who "love each other."

”Some research needs to be done. And also, I wish I can get the bio to confirm that the two lions were male, because it is not normal,” he continued.

He says the two could have been possessed by some evil spirits that has taken over some human beings. ”I mean where on earth have you ever heard of something like this happening? The demonic spirits inflicting in humans seems to have caught up with animals.”

This Mutua guy should be fired. We don't need anyone with such a cheo ropokaring like an idiot without facts. Empty talk and simple mindedness to fill up space is what is ailing Kenyans. Can we not have this talk, let people be. Kenya is not Saudi Arabia.

Right on Mugi.Now if lions are gay,what is our concern,we the people? Yesterday I said that studies tell us that there exists 10% of homosexuals in all human societies.The only reason males animals dont go for other males for procreation is because they dont release pheromones .The males copulates with the female because she releases the pheromones.
Anyway, how does Mutua know that these lions are gay. They could just be sharing some closeness,or male bonding that is not sexual.Human being do that from time to time.

It's okey for animals. We have less than 2000 leos living in kenyan jungles. May be the ratio of males to females has deminished so much yet a lion must do what a lion has to do. But for us humans, we have not yet reached that stage. Mutua is spot on in coutioning against bad manners

During mating season. Animals tend to climb at each other. For how long did these Lions stay together? The photography might have taken a picture in a second that one lion climbed on the other but they might have ended up fighting

Reminds me of Dick Cheney. Took hardline position. Till daughter came out of the closet. The crowd likes to lynch. Till they are hit by reality. That those they blindly condemn, are their own children...if you are still wondering, ask a pastors child, especially those from strict upbringing. What they think about preachings.... nimenena.