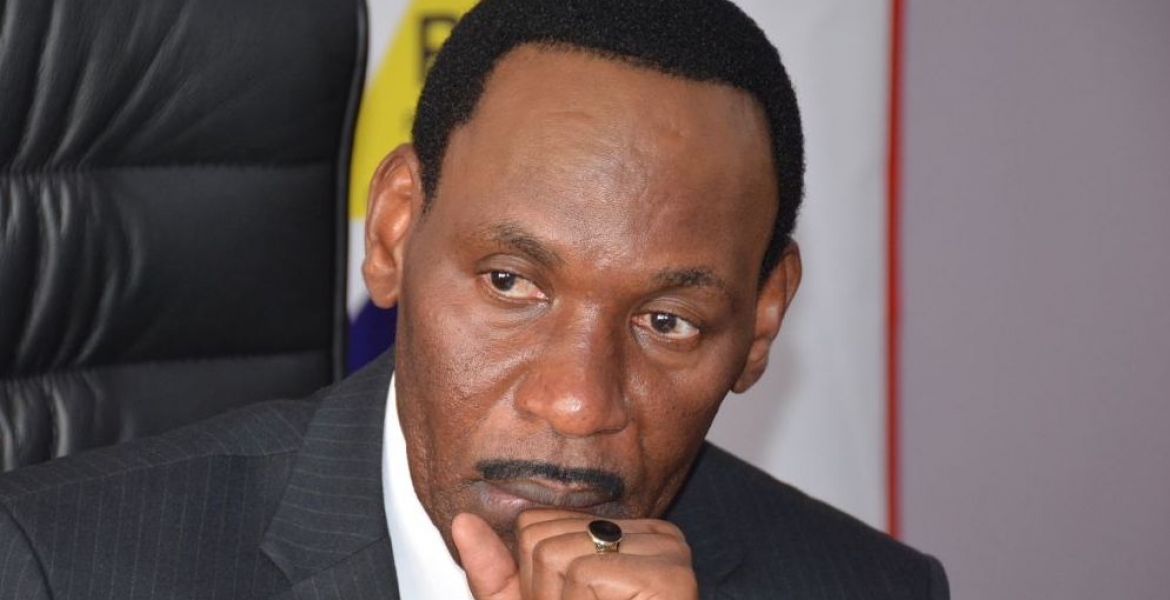 Kenya Film Classification Board (KFCB) CEO Ezekiel Mutua has angered Kenyans on social media after he called them out for hating on their leaders.

Mutua, nicknamed ‘Kenyan moral policeman’, took to Twitter on Friday to implore Kenyans to change their attitudes towards elected leaders and instead support and pray for them.

“No country has ever progressed by hating its leaders. If you don’t like them, change them. But once you elect someone into office, for heaven’s sake, support them, pray for them and do your part as a citizen to contribute to the development of your country,” Mutua wrote on Twitter.

But his tweet did not augur well with many Kenyans online who accused their leaders of abandoning them in the hour of need, being greedy and stealing taxpayers' cash.

@JohnRoyMwaniki said: “Why should we support and pray for leaders who show no love for their people? Why don’t our politicians reciprocate when we elect them into office by doing the right things? Instead, they immediately start stealing from us. Bure Kabisa!”

@RNgeno4real wrote: “We can’t pray for people making stupid decisions… This is not the 19th century … We, as citizens, pay a lot of taxes… I am an overtaxed citizen who needs accountability not pray for the leaders…  Someone steals and you ask me to pray for them? That is hogwash.”

@Omweri_Robin noted: “No country has progressed either by having leaders who are thieves, looters, corrupt etc. Taking advantage of a corrupt judicial system to clear individuals who don’t meet [requirements of] Chapter 6 of the Constitution should not be blamed on citizens! Does voter bribery ring a bell?”

@KiarieAc said: “We got tired of respecting some of them…Leaders who steal from the starving and sick in the name of enriching themselves?”

@WahwaiP said: “Politicians elected into offices earn respect… They don’t demand to be respected.  You can’t support a known warlord and a corrupt crook.”

@NickMungai3 stated: “Don’t call it hatred… Actually, we are wise… Wise people hate bad governance. We do no hate them, we hate their actions the way we hate sin.”

@Wuodabiero said: “Support has to include holding them accountable. And calling them out loudly when they’re not doing right.”

It's clear now that the moral police is in bed with these corrupt leaders.wake up mutua.right now you are an immoral police...When we elect them,the hope is that they serve us diligently, and respecfilly,and not steal public money or act arrogantly. Do you think they respect the voters. Ithink not.

Who is this guy again?

Mutua go Get back your Moral life and return the Kitu-kidogo you seem to have Gotten from some of these Incompetent leaders. For there is nothing Hateful about calling Tribalism: TRIBALISM; and Corruption; CORRUPTION.

Shida ni sisi tu wakenya. Once we see the money we forget all the past sins from those leaders. Look at the one second in command (DP) we all know his character and yet his follows are huge.

If you hate those who make music or films you don’t like and even ban them, you are like us. We don’t like leaders who come to us promising heaven and Canaan but when we elect them, they start eating what rightly belongs to us. If they are clean leaders, where is the money to run public institutions? If their job is to steal and lie and fight and give themselves perks, they are no longer worthy to be called leaders. Those reported in our media daily as having stolen from our public coffers are not the small fry. They are the so called leaders. They are not. Even calling them crooks is giving them a noble name.

Oh yes moral king mutua let us kneel down, pray for them for clearing the release of pension for Raila and Kalonzo worth millions of shs. while we struggle to make the day. The MPS should never ever have agreed on 16% tax for consumption goods . In other countries it is 6-9% when will be get smart and send these mpigs home to rust and mutua to hell

Kenyans are a strange lot! You knew these man and women oh so well be4 you gave them power. They did not Change!
If you did not know Ruto’s youth 4 KANU, Sonko’s criminal background, Joho’s barely there school performance, Passaris weak mental abilities...and and on...you only have yourselves to blame. They were greedy thieves long before they got power. Now they have power and the law.

Kenyans are not ready to continue with slave mentality; they are tired of the Master/Servant relationship. They are tired of "Monkey see, monkey do".
Kenya's economy is vibrant with young energy; China's economy is on life support and Africans do not want to be milked to sustain China (Moabites).
Kenyan leaders are trying to get its citizens deeper into slavery but the population is awake and knowledgeable. Our God, ancestors and our people will not allow it.
If the leaders want respect, they must be in tune with the population and the times. There is a spiritual war and the gentiles cannot win. Worldly war with the gentiles and the sword they win. Spiritual war is ours, we win.
Each one of us need to ask ourselves: Whose pain do you feel? How you answer that question will tell you on whose side you are!!!

Who are the gentiles?