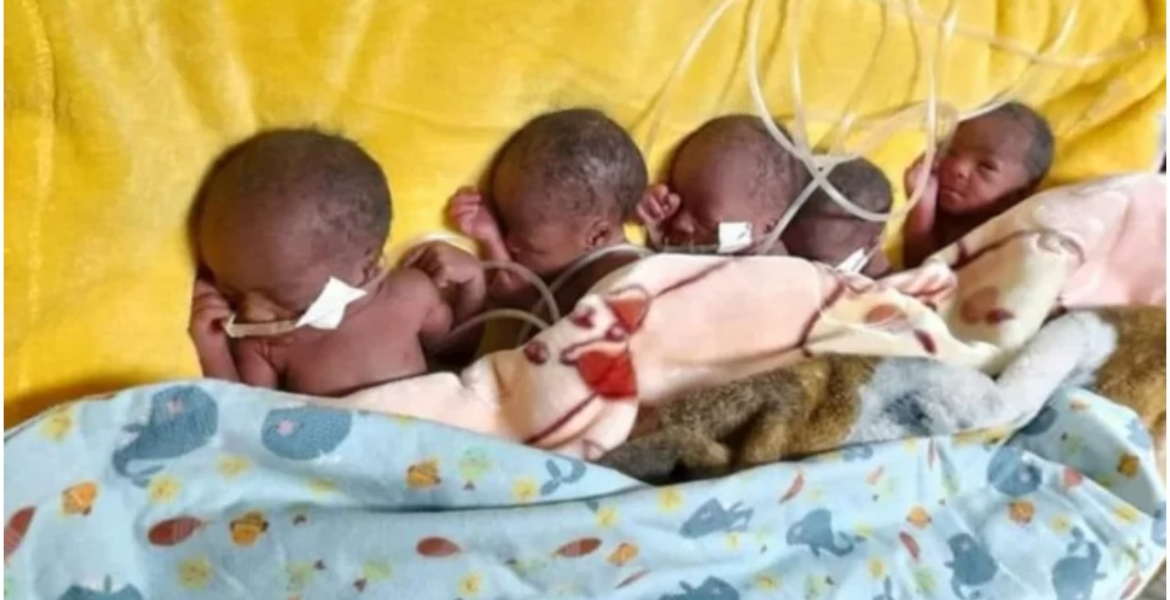 A Kenyan family that was recently blessed with quintuplets is mourning the death of one of the babies.

Nyanchera, 25, delivered the quintuplets—four girls and a boy—at Kisii Teaching and Referral Hospital through a successful Cesarean Section. This was her first delivery.

Speaking to journalists following the birth of his babies, Nyaoko said they were expecting four babies based on an ultrasound carried out during the antenatal clinics.

Nyaoko, who appeared shocked, pleaded with well-wishers to assist the family to raise the babies as he has no formal employment.

“I am not employed. I earn from the casual jobs I do around Kisii town. I call on well-wishers to support me. I have been living in my brother’s house. I have been struggling to feed and clothe my family and I know it will become more challenging,” Nyaoko pleaded.

Blessing from the land of now Embarambamba..dynasty.. get us the tel we help this Family..Omogusii has healthy productive energy...going by the running of the new Gospel singer

Not only does this man not have a job, but fool does not even have his own place to stay. Its clear if he only had one he could not afford to feed the baby now Kenyans have to come to his aid becoz he's only good in dumping sperm. I offer $100 for this fool to get castrated.

RIP
Hope the others survive.