Links to 'COVID-19 Millionaires' Scandal Has Put Me in Trouble, David Murathe Says 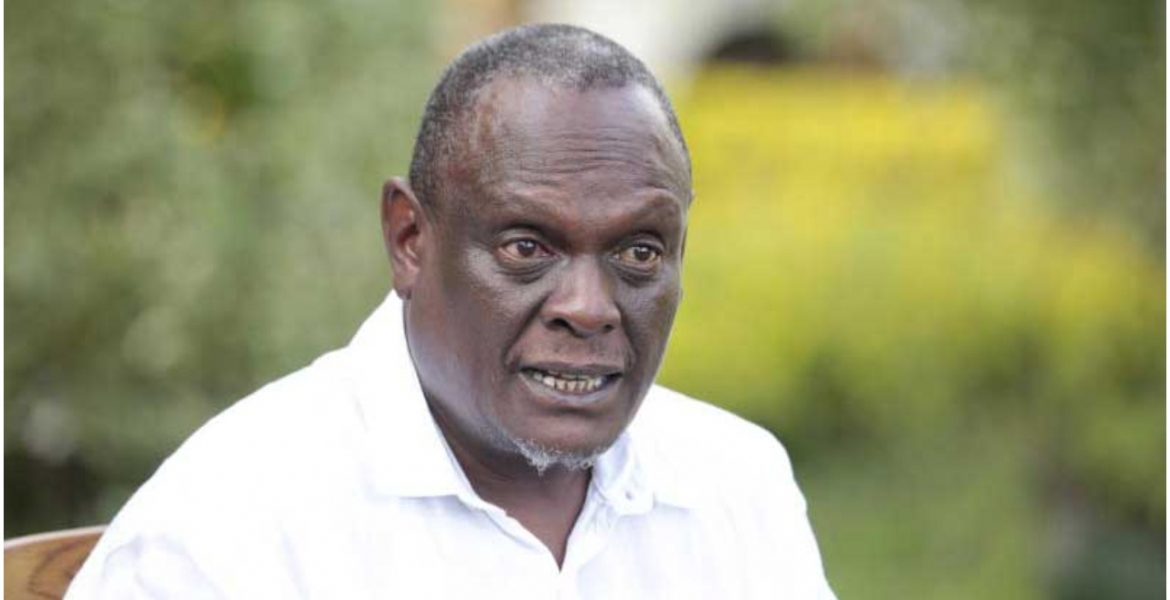 Jubilee Party vice-chair David Murathe on Thursday appeared before the Public Investment Committee (PIC) for questioning over his role in the ‘COVID-19 Millionaires’ scandal.

Murathe told the committee that his alleged link to the Sh7.8 billion scandal at Kenya Medical Supplies Authority (KEMSA) has put him in trouble as people, including some members of his family, think he is a billionaire.

“Everybody with a small problem is calling me to give them money. They now think I am a billionaire,” said Murathe.

The outspoken politician insisted that he did not supply anything to KEMSA, stating that he only acted as a signatory to the bank account of Killig Limited, one of the companies that are under probe over the scandal.

“I have never supplied even a mask or anything to do with KEMSA. I am not a director of Killig, I did not get a contract with KEMSA and I did not supply to KEMSA,” Murathe remarked.

Prodded to explain why he agreed to guarantee a company without finding out the value of the tender involved, Murathe said he only acted out of goodwill.

“I only offered to be a signatory to Killig Limited, so that ENTEC which was supplying the PPE kits, would get compensation once the procurement process was over. The use of the word guarantee was not contractual, it was simply a word of comfort that yes, I do know these people,” he said.

“The fact that I guaranteed them does not mean I was to benefit anything, I was facilitating a friend to do business. I have paid bail for people, and when they get it from the court, I do not tell them to pay me back.”

In his written affidavit, Murathe notes that he ceased being a signatory for Killig on August 5th, 2020 after KEMSA terminated its contract with the company.

Was it proper for Covid Billionaire Murathe th 'guarantee' a company that only got registered for the Covid purpose only a few days before? I thought a company has to show some successful and impressive experience in supplying to qualify for especially a tender as big as the one in question.
Isn't what Murathe saying a face of corruption?

Covid has left some people jobless and have lost the little they had. On the flip side covid has also made some rich people richer especially in Kenya. How come we don’t hear about scandals in European or Asian countries?
Trump said it best, all nations led by black people are corrupted.

You got strange beliefs if you can quote Trump on matters black people?! What’s wrong with you? There is corruption in those Asian countries and America! You just not widely informed!

Meth Murathe Muratina acts as a conduit, enabler and promoter of corruption. He was probably paid under the table. He never provided bank account details to show he didn't benefit from graft. Power brokers use position for gain not charity

A guy of your supposed caliber shouldn’t be insulting others, nor have the time to utter childish words no matter the situation! Stop stooping below your belt by insulting others whenever you disagree with them! It is childish and silly to behave in that manner @builder!

Ole santini thanks 4 reading my comments. I will exercise self control. God bless u

David Murathe..wacha unjinga....you benefitted from the covid 19 fund..
Kenyans are not that stupid.
You ,UHURU and RUTO milked it...etc...
REVOLUTION is coming thought...
All the so called elites will have to account for their ill gotten WEALTH.
PERIOD.

Kenyans are not fools to be fooled by such lies. You have to know what the company does before you agree to put your name & signature there. What about if the company sells human head and you sign for them?

The graft bafoon for stealing covid aid has been exposed. Look at his face..all that ugly lying is all over his face.and you know what, when the equally corrupt DCI are informed of his ill gotten fortunes,they just salute his ugly ass instead of doing unto him what his Gikuyu name means. These are kinds of corrupt goons who should one day face the firing squad!