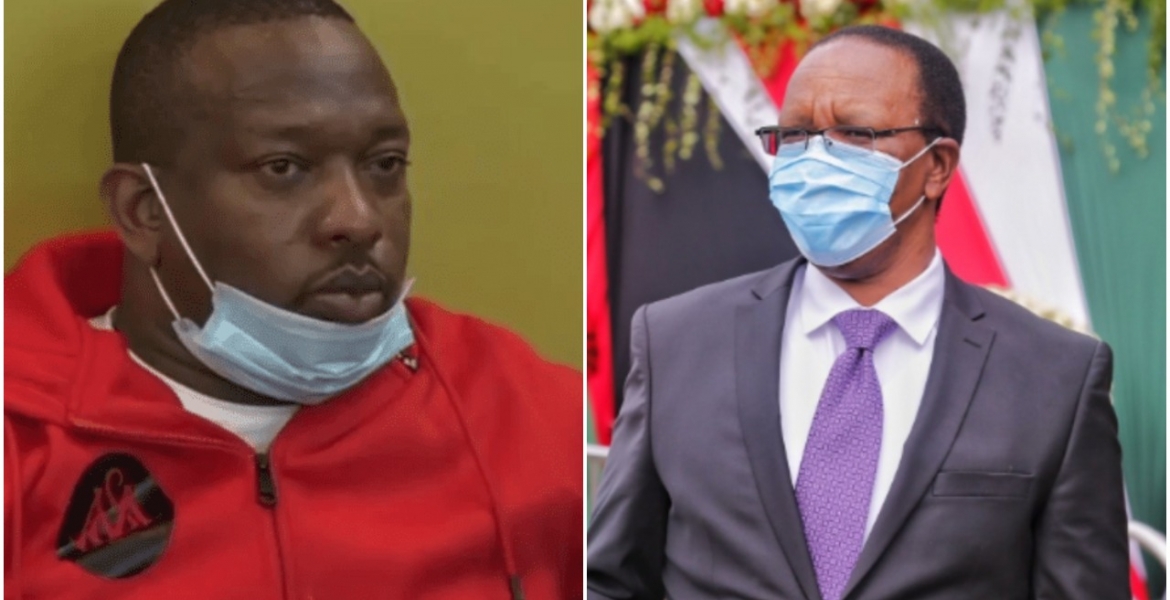 Former Nairobi Governor Mike Sonko is seeking an out-of-court settlement in a case where Interior PS Karanja Kibicho sued him for defamation.

Kibicho sued Sonko early this year for linking him to the violence witnessed in Nairobi in the run-up to the 2017 general election and land grabbing.

On Thursday, Kibicho’s lawyer Fred Ngatia told the court that he received a proposal from Sonko’s attorney Evans Ondieki for a possible settlement.

In documents filed in court, Kibicho says Sonko falsely, maliciously, recklessly and with intent to malign him, claimed that he has associations with people involved in land grabbing.

“He also said and I was involved in criminal activities during the election period in 2017...which is false and actuated with malice,” Kibicho says.

“I do not engage in criminal activities and was not involved in the activities alleged by Defendant. He did not take the elementary process of ascertaining whether the contention and/or accusations made concerning me are factually correct.”

Sonko made the alleged defamatory remarks on February 24th while addressing a public rally in Dagoretti South, Nairobi.

“Further, I have suffered damage to my moral and professional standing in the eyes of the general public,” Kibicho adds in court documents.

When he said this, a crowd of supporters was clapping for him. Now he is alone fighting for his freedom. Engage your brain before you open your basket mouth young man.

Mike Sonko is back on the streets...
Uzia watu madawa kabisa...
That's why he can afford out of court settlements.

That is his only way of making a dirty living like he used to before politics! The only problem is that stupid idiots follow the useless man around like puppies pursuing the mother dog!