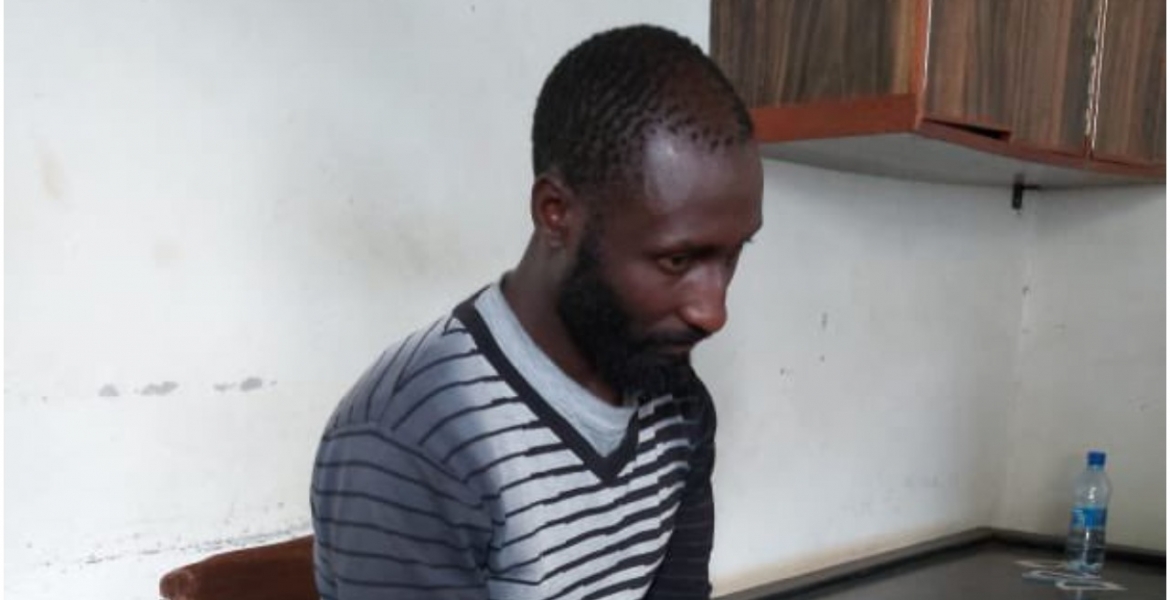 Juma is accused of assaulting and defiling five young girls aged between 10 and 15 before brutally murdering them.

The Directorate of Criminal Investigations (DCI) says the minors were lured by the suspect from different locations within Moi’s Bridge in Uasin-Gishu County. They were then taken to secluded areas where he were defiled and strangled to death.

In a chilling confession to detectives, the suspect gave a blow-by-blow account of how he executed Linda Cherono (13), Mary Elusa (14), Grace Njeri (12), Stacy Nabiso (10), and Lucy Wanjiru (15) after defiling them.

“The pedophile led detectives to the scene of every murder that he had committed, where charred remains of the murdered minors had earlier been recovered,” said DCI.

The decomposing body of Cherono was found on June 15th in a bush near Baharini Dam, a few days after she went missing. She was found half-dressed, with signs of strangulation, defilement, and physical injuries visible on her body.

“The modus operandi of the pedophile was replicated in all the other four murders where the victims were first defiled before being strangled to death and left in the bushes to be devoured by wild beasts,” DCI added.

He will be arraigned in court to answer charges of murder.

Animals who kill children have no right to life it is not like they were not once children themselves .If you somehow turn up dead in prison few will complain the same happened to Jeffrey Epstein.Some people are just so evil execution by firing squad or putting a lighted tyre around their necks is the only way they and others like them will get the message

Halishi should explain how Juma,a ”US” policeman defiled and killed the five minors at Moi’s Bridge,Haven Kenya,200 miles from Misri,Limuru.NA BADO.

Same guy was out on bond after killings in kibwezi. Liberals who made the most liberal constitution need to be pay for this. Every offence is available and bail so cheap. Reminds me of village rapist who did and old lady and mzee wa mtaa begged him to restitute with bar soap and kilo sugar. Shetani ashindwe

People are responsible for their own crimes. Well, except conservatives who blame liberals when others commit crimes and if a conservative commits a crime, someone else made them do it. Don't forget, if you set bail high, only the rich (mostly conservative) will ever afford bail. Make no mistake, Kenya's political class is conservative by every measure down to their views on the less fortunate. Wanjigi, Moi, Kenyatta, Koinange, Keen, GG, Odinga families etc all believe they worked for theirs and the poor should just work harder to get theirs. Change is antithetical to their interests both financial and political- is that who you identify with? When you next buy a ticket to Kenya (Kes 100000 to 400000 maybe 2x a year) ask yourself how long it takes the average Kenyan to earn enough for that flight. Is that bail high enough for you? Are false arrests and confessions a thing in Kenya? Are you so privileged that you can't relate? As an aside, I have every reason to identify with this class but I don't believe selfish motives should be our only compass. The greater good should play a major part.