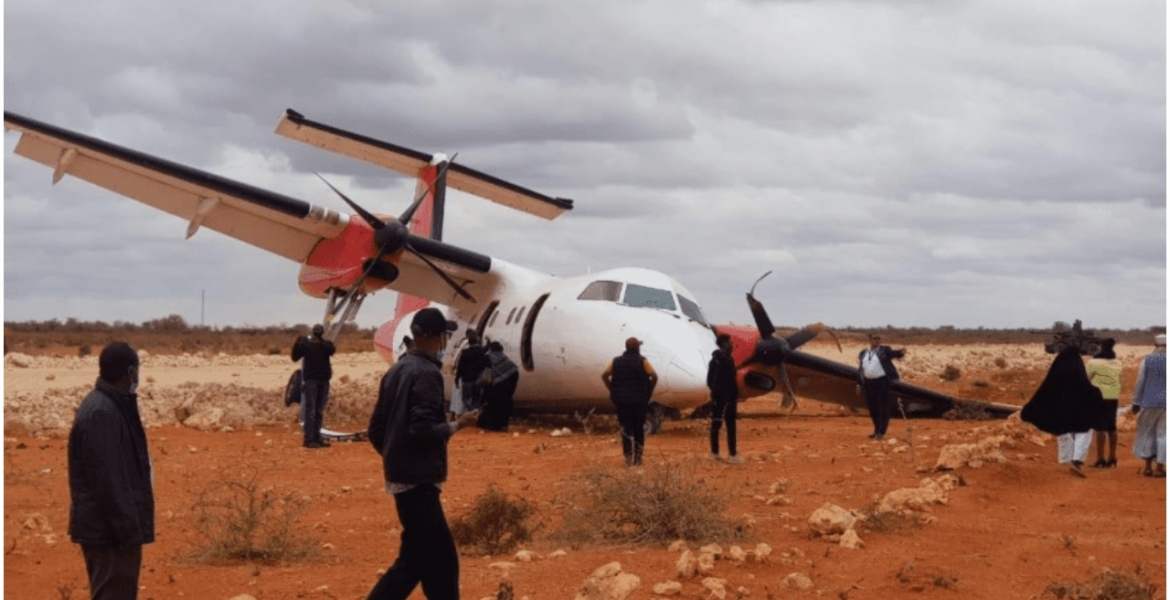 40 people escaped unhurt after a Skyward Express aircraft crash-landed near the Kenya-Somalia border.

The plane was headed to Elwak, Mandera County from Wilson Airport in Nairobi on Wednesday morning when it went down in the Boru Hache area.

There were 37 passengers and at least three crew members on board when it crash-landed.

Confirming the incident, Kenya Civil Aviation Authority (KCAA) Director-General Gilbert Kibe said no casualties were recorded and that all occupants are safe.

He added that the Somalia aviation authority will investigate the 9:20 am incident since it happened in the neighboring country.

It is not clear how the plane ended up in an airstrip that is under construction in Boru Hache, a town neighboring Elwak.

Reports indicate that most of the passengers aboard the aircraft were on their way to attend a funeral in Borehole 11, Mandera South.

Skyward Express said the cause of the accident is yet to be established.

"Our team is working closely with the relevant authorities and we will share more updates as soon as we receive them. All our passengers and crew are safe," the airline said in a statement.