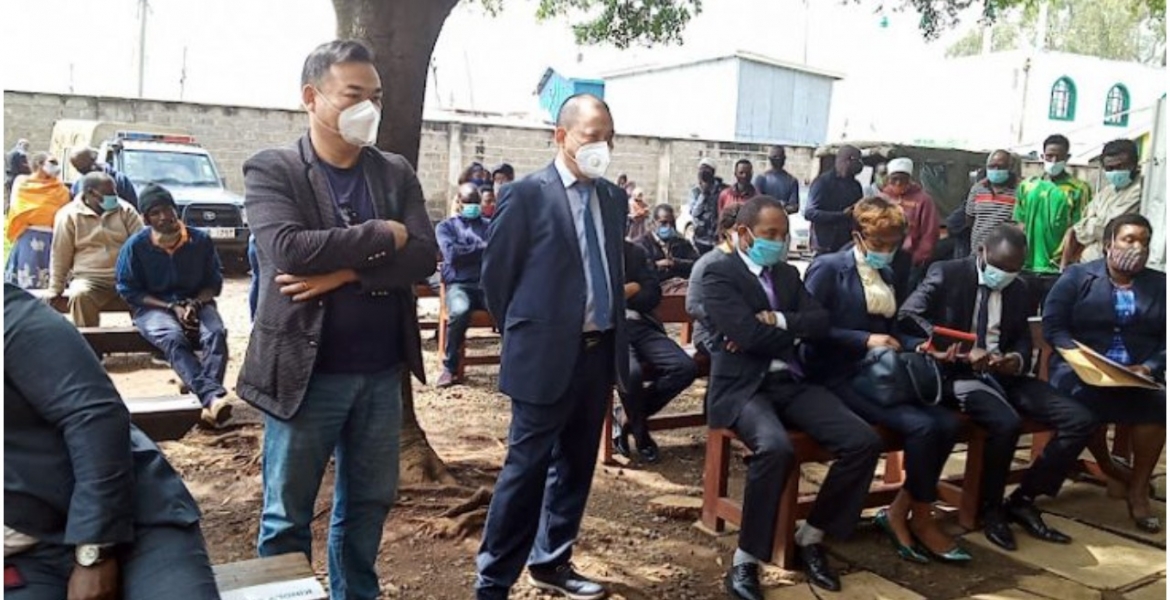 A Nairobi court has sentenced two Chinese nationals for battering and seriously injuring their compatriot.

Gu Xiong and Jin Ping were sentenced to one year in prison or pay a fine of Sh100,000 each after they made an about-turn and pleaded guilty to the charges of assault causing actual bodily harm.

They were accused of uprooting their compatriot Dong Chen Pang’s teeth and gouging out his eyes over a bet at Kingston Apartments along Ngong Road on May 16th.

The court was told that Xiong and Pang disagreed over a bet and picked a fight before Ping joined to fight Pang.

While sentencing the two, Senior Principal Magistrate Charles Mwaniki of Kibera law courts said the offense committed was serious, but since they had pleaded guilty they showed some degree of being remorseful.

“I have considered the mitigations from the accused persons and the nature and the circumstances of the offense. The accused person has saved the judicial time by pleading guilty and this suggests that they have undergone considerable introspection and that they are remorseful.”

“Nonetheless, they admitted a crime and injury resulted from it. I hereby sentence each of them to pay a fine of Sh100,000 or serve one year in jail,” the magistrate ruled.

No bribe in this case? I know these kumfu men are well connected in these negroes land.

Life is this cheap in Kenya? A year in Jail for such injury? 20 years and 20 million would be ideal here. An alternative would be an eye for any eye! No?

I will repeat my stand...
Kenya is belongs to those with money.
Mundu arie muringa wa nyina,when it ends, then die.

Remorse should be shown to the wronged/injured person...for the beastly act served him... NOT to the courts for saving them time. It's not about you' judges.. someone has no eyes and teeth and you make it about yourselves? And what a slap on the hand of these evil men...a 100k when a human being is maimed for life?

Deport them to Beijing they will be hanged.
Thanks to their money they will walk Scott free in shot hole country.

Ping vs Pang! Is this for real?