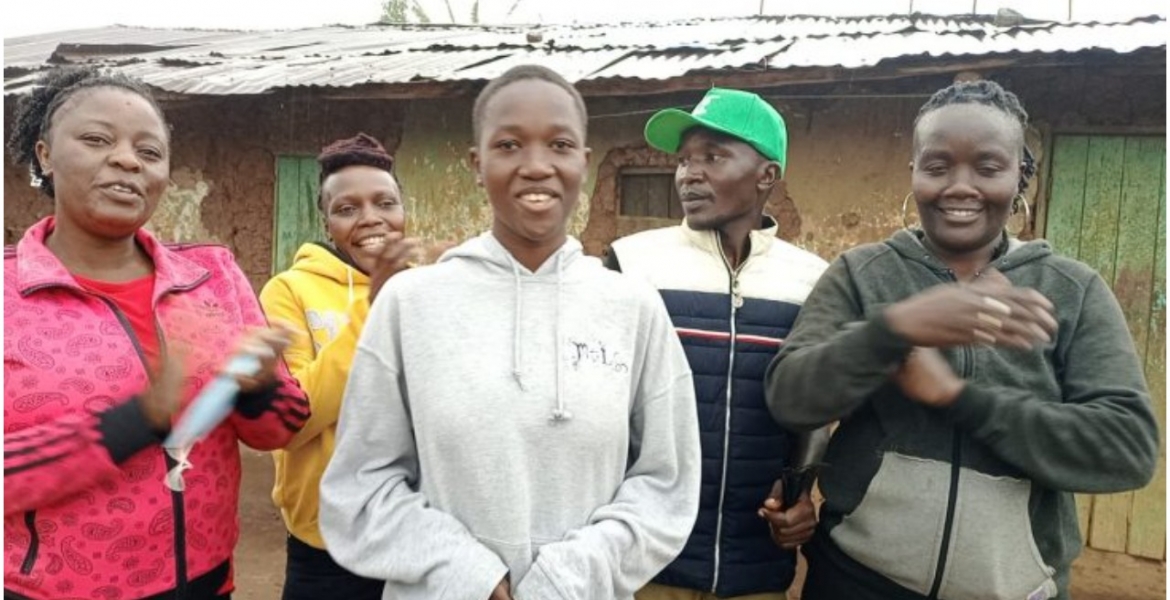 A girl who was intending to sell one of her kidneys in order to fund her education has received a scholarship.

Marriet Achieng from Kipsongo slums in the outskirts of Kitale town could not hide her joy after Joseph Pepela Foundation pledged to sponsor her education in full.

Achieng, who scored 404 marks out of 500 in the 2020 Kenya Certificate of Primary Education (KCPE) exam, had earlier offered to sell her kidney to raise the fees required for her admission to Form One.

“Imagine in this Kipsongo slum, I was the only student who had been left out in form one admission. It really pained me seeing my colleagues smartly dressed, carrying boxes, school uniforms, and other necessities,” Achieng noted.

The teenager sat for her KCPE examination at Chetoto Primary School in Kitale and was among the best performing candidates in Trans Nzoia County and countrywide.

She secured a place at St Mary’s Girls School Bomet but her single parent could not manage to raise school fees. Her mother Joyce Omondi works as a hairdresser and has never met her father.

“I am very happy that my academic journey has been given a fresh breath, I can now carry on with my studies without interference. I want to study and fulfill my dream of becoming a cardiologist,” Achieng told journalists on Tuesday.

Joseph Pepela, an elite from Trans Nzoia said he was touched by Achieng’s plight and decided to give her a four-year academic scholarship.

“I learned of Marriet’s situation through social media, I have previously assisted dozens of such cases. However, this case really touched my heart. I’m therefore taking care of her school fees from form one through form four,” Pepela said.

Well done Mr. Joseph Pepela.You did not have to do anything,but your big heart,and kindness would not allow. I hope this will inspire people in your position that are not helping to at least think about it.This young lady will always remember the good Samaritan in the name of Pepela.
Again thanks to my religion SCIENCE.With the advanced connectivity due to technological Magic...y,social media has become an indispensable tool in our communities.

'A girl who was intending to sell one of her kidneys in order to fund her education has received a scholarship".
OUR KIDS DON'T HAVE TO TAKE DRASTIC MEASURES JUST FOR EDUCATION.
WITH UHURU, RUTO, RAILA, SENATORS, GOVERNORS, MPS, AND GOONS MILKING THE WAY THEY ARE....IT'S TIME FOR CHANGE.
IF THE KIDS ARE WILLING TO SACRIFICE, THEN AS ADULTS, WE HAVE TO DO BETTER.
LIKE I SAID BEFORE, REVOLUTION WILL BE KEY.
ALL THESE CALLED LEADERS GRADUATED FROM KENYATTA AND MOI SELF CLAIMED UNIVERSITIES.
TIME FOR CHANGE COMRADES.
TIME TO CLEAN THIS HOUSE.