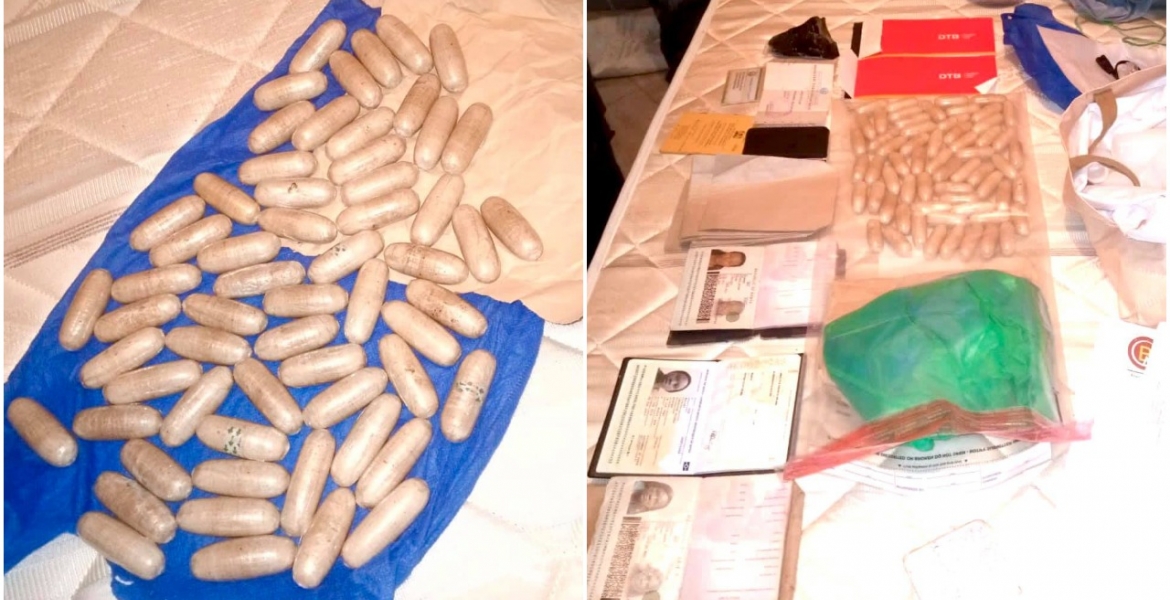 Police in Nairobi are detaining a 42-year-old Kenyan woman after she was found in possession of suspected narcotic drugs.

The Directorate of Criminal Investigations (DCI) said the officers seized 60 pellets of suspected heroin that the woman was preparing to ingest and transport them to an unknown destination.

“Transnational organized crime detectives acting on information received via our #FichuakwaDCI hotline stormed her house in Nasra area within Kayole and pounced on the 42-year-old trafficker,” DCI said in a report.

Detectives also found Awour’s passport and two others belonging to Caroline Adongo Mujibi and Risper Auma Ochieng, who are suspected of being her accomplices.

“Upon further scrutiny, the sleuths managed to identify one of the passports as that of a drug trafficker, who has an ongoing court case,” the report adds.

A job identity card recovered from the house revealed that Awuor works as a nurse at Mbagathi Hospital in Nairobi.

Also found in the house was a digital weighing scale believed to be used to weigh the narcotics.

Crime scene investigators from Kayole DCI offices documented the scene while the pellets were handed over to anti-narcotics experts for forensic analysis.

@ Kora Kanini,those big wigs for now are untouchable.DCI falters when it comes to these kingpins. Remember the connection between Kibaki,and the Aturo Brothers,the crooks from one of those balkan states. Joho, Sonko, DCI has dirt on them.Why they are not taking action I think is fear of retribution.Otherwise their machinary grinds too slowly when it comes to big thieves.
If DCI,is not infiltrated by corrupt incividuals, them we are heading in the right direction,and the crooks better head to Somalia.

Comrade Maxiley,
Fear? USA asked for the kingpins.
SAITOTI had the list, but ended up dead.
USA has the same list.
The problem is the government is protecting them.
You cannot go after anyone if members of your own family are in the same business.
Be it corruption, drugs,ETC.

High life of killing the youth is over! She needs to be put in jail fir a long time!

There is no honor among thieves. Must have refused to pay an accomplice. There may be a Naija connection too.