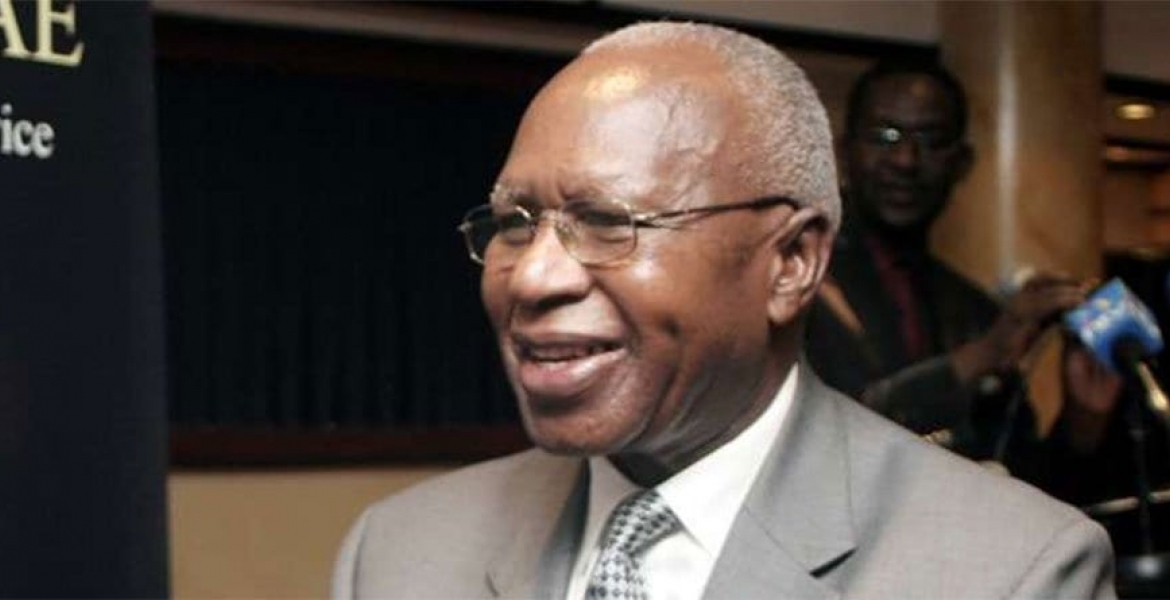 The family of the late former Cabinet Minister Simeon Nyachae has initiated the process of distributing his multi-billion-shilling estate.

In a gazette notice dated September 10th, 2021, Nyachae’s three children namely Charles, Eric, and Angela announced the intention to execute their father’s will by sharing his assets to beneficiaries.

They invited anyone who believes they are entitled to a share of the late politician’s wealth to reach out to them through Daly and Inamdar Advocates whose offices are located at ABC Place in Westlands, Nairobi.

“Those who think they are entitled should send their claim or interest on or before the expiry of two calendar months from the date this notice shall appear in the Kenya Gazette,” the notice reads in part.

Nyachae, who passed away in February aged 88, was a shrewd businessman with investments in various sectors including banking, agriculture, construction, and manufacturing.

He joined politics in 1992 after a long career in the public service, having started as a District Officer in Kangundo, Machakos County in 1960 and rose to become a Provincial Commissioner under Jomo Kenyatta’s government.

The deceased served as the MP for Nyaribari Chache Constituency for three terms and retired from politics in 2007 after losing the seat.

He also served as the Minister for Agriculture and Finance in President Moi’s administration and Energy and Roads in the government of Mwai Kibaki. He unsuccessfully vied for the presidency under a Ford-People party ticket in 2002.

He was among the major shareholders of the NCBA Group alongside the Kenyatta family, Naushad Merali, and the late Central Bank governor, Philip Ndegwa, according to Business Daily.

Nyachae had five wives and 20 children.

Did his Will leave anything to Charity?