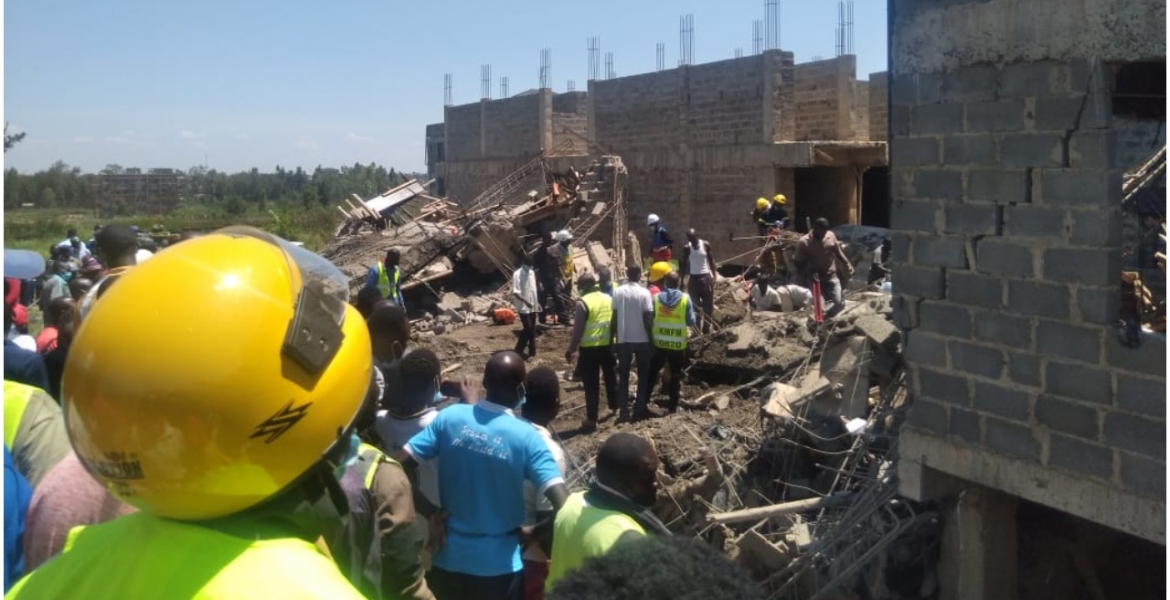 Three people lost their lives after a two-storey building under construction collapsed in Mamboleo, Kisumu County on Monday.

The fatalities include a man and two women who had delivered food to construction workers on the site.

The bodies of the three victims were moved to the Jaramogi Oginga Odinga Teaching and Referral Hospital mortuary. Six other people suffered injuries and were taken to the county hospital for treatment and are in stable condition.

“We just heard a cracking sound and then the building collapsed,” Joseph Okeyo, a worker at the site said.

The rescue efforts were led by a multi-agency team comprising firefighters from the Kisumu County government, Red Cross, and police.

Eyewitnesses said several construction workers were on the site when the building came down but most of them managed to escape unhurt.

Residents managed to pull a mother and a child from the rubble moments after the structure came down at around 1:00 pm.

Eng. Amos Musau, the Regional Coordinator of the National Construction Authority (NCA) said the agency had in August 2020 issued the owner of the building with a notice to halt construction works for failing to adhere to building regulations. It remains unclear how the owner and the contractor resumed construction without the authority’s approval.

The contractor of the building has since been arrested but the owner is still at large.