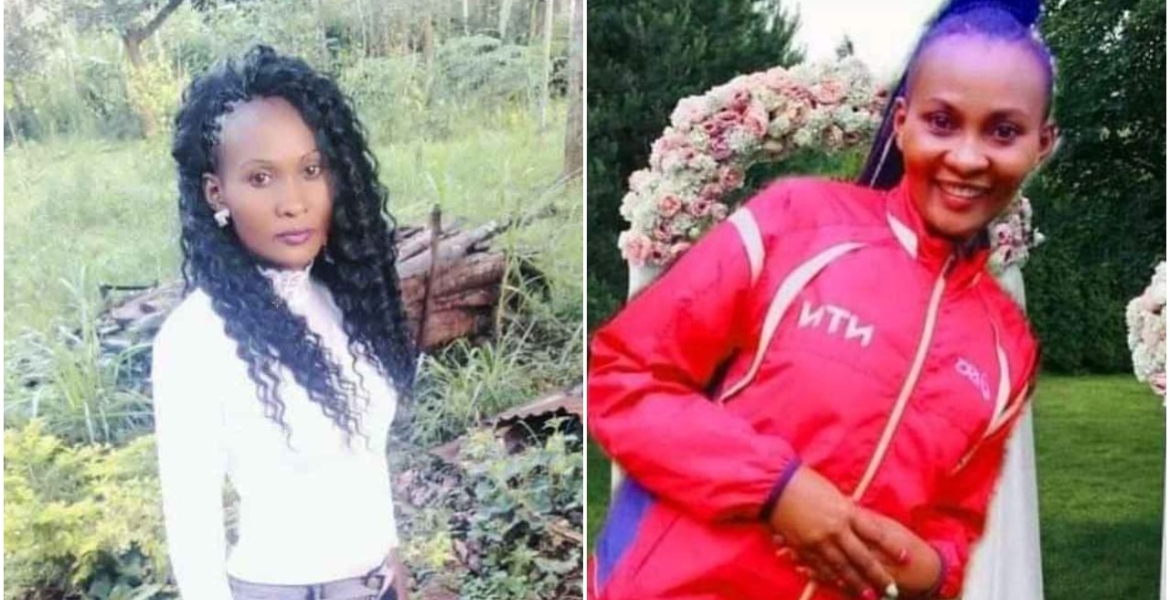 Police in Kirinyaga County are investigating the brutal murder of a local female athlete.

27-year-old Edith Muthoni was found bleeding profusely in her home at Kianjege village in Kirinyaga County on Wednesday. She had visible stab wounds on the neck.

Neighbors rushed her to Kerugoya Referral Hospital, where she was pronounced dead on arrival.

It is alleged that Muthoni was hacked with a sharp object by her boyfriend Kennedy Nyamu Chomba following an altercation.

Chomba, who is the prime suspect, was arrested from his hideout in Kirinyaga. A Kerugoya court allowed police to hold him for 10 days to enable them to conclude their investigation.

Muthoni, a Kenya Wildlife Service (KWS) officer based in Embu, participated in athletics events in the region and had dreams of representing Kenya at the international level.

Athletics Kenya official David Miano said the deceased was a promising athlete, who participated in 400 and 800-meter events.

"She was a middle-distance runner for the past four years and I was shocked when I learned of her demise," said Miano.

Tirop’s husband Ibrahim Rotich, who is the prime suspect, was arrested on Thursday night in Mombasa trying to flee to a neighboring country. He is set to face murder charges.

Very sad I hope these cases of domestic violence can stop too many young lost lives.

Is there a cult out there, yikes. What's happening in our country?

So beautiful and with a promising future..ladies if you are successful, stay single until you find a man doing better than you financially..otherwise the rest are env-ious and jea-lous of you because you do not need them therefore they cannot control you and that causes resentment which then spirals into homicides in the most brutal way...RIP Queen

@GuestC, if she were ugly would you have said so? Why has beauty or appearence go to do with anything in the context of her death?
And your advise has alot or wanting.Suppose she gets the richer guy and later he gets poor,then what?
If you husband or spouse is jealous of you success,then obviously he is not a supportive spouse,and you shouldnt have married him in the first place.
My advise to those who want to marry,decide when, take your time to know your potential spouse.Date other people and learn who among the suitor has the best attributes you can live with.Mindful that not one person can offer all you want in a partner.You have to make some trade offs.
And please not when I say date more people,its not synonymous with sex.Infact having sex should be off limits till you are very sure of the fellow...unless ofcourse if that's what you want,just to have fun.

I do not think it is a matter of who makes more than the other, it is a matter of mutual respect and support period!Hata sisi wa mama ( yes I have said it and I'm waiting matusi ikuje) have developed some EGO issues when we are successful ( success is relative fyi) and making money, we throw it on our men's faces literally. I have a girlfriend who I met when she was down there and struggling after arriving in the good ol' USA but boy when she started making a bit of money, even towards me she was throwing " I'm making this and that" nonsense and our conversation changed to showing off her new acquired assets etc. Suffice to say that long friendship suddenly fizzled, it was such a put off for me. Imagine if I were her hubby...... .

These women are not innocent bystanders. Most of them create their own problems.

I am not approving any GBV and I argue against it but some women are guilty of stoking their man negative outcomes.

Treat people with respect and avoid putting your man in a position where he has no choice but to knock you out.