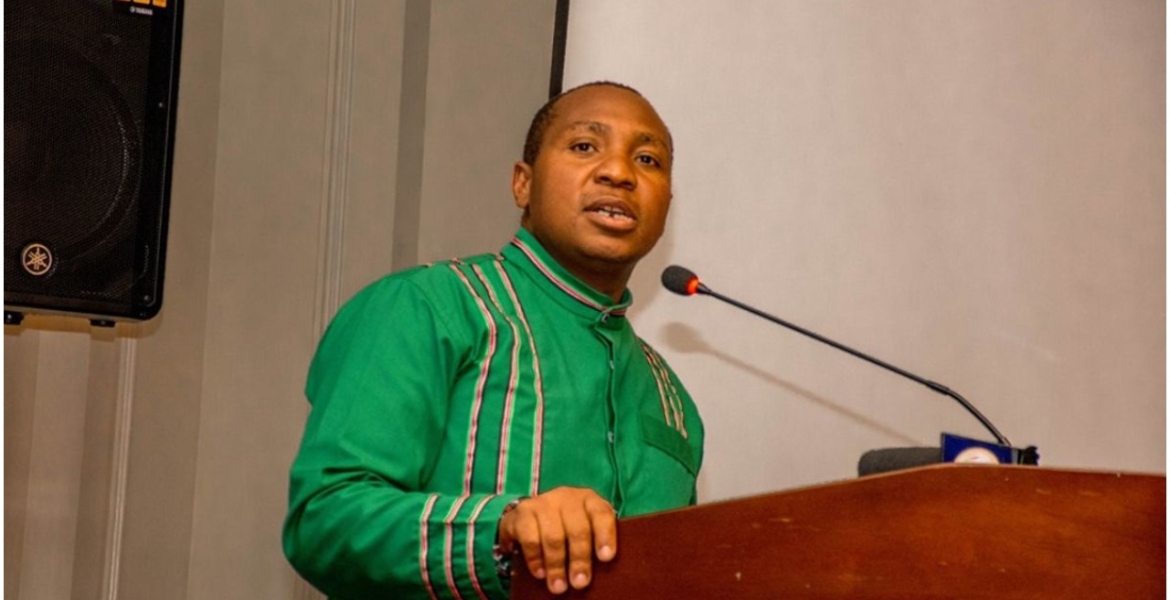 Nominated MP David Sankok is under fire for claiming that Kenyans working in Gulf nations as housemaids are sourced from brothels and bars in Nairobi.

Sankok, who is part of a Kenyan delegation that is presently in Saudi Arabia to meet the country’s Labor officials to discuss the plight of Kenyans working there, made the claims via a Facebook post on Thursday.

The MP pointed fingers at local recruitment agencies, accusing them of sourcing laborers from Koinange Street, bars, and brothels such as Sabina Joy.

He observed that the agencies do not train migrant workers before placing them in jobs abroad.

“From my assessment, the problem is Kenya recruitment agents pick girls from Koinange street, bars, and brothels and export them as immigrant workers without pre-departure training on laws, traditions, and cultures of foreign countries,” he wrote.

“Even back home you cannot pick a house help from Koinange Street or Sabina Joy and expect house services without parental control.”

Sankok vowed to introduce amendments to the labor migration laws that will require Kenyan migrant workers to have good morals and the right education.

And how is this related to the slavery, mistreatment and murder of our children? Are you saying that the lives of the girls on the street do not matter. Are you saying you are more of a human being than those girls on Koinange street and Sabina joy. Its people like you who have caused the poverty we see around. Shame shame shame.

This is a very unfortunate assumption. This Tangatanga(read Takataka) dude apparently did not hear his boss saying he would give the women of the said "industry" some hand-outs to start businesses. How can they(Takataka) be against the same group acquiring jobs in the middle east at the same time? Don't they want them to prosper? They are all cons and liars who hope their main con will become president. That will not happen, sorry.

Isn’t that the place Ruto is looking for his third wife? These uda idiots never cease to amaze any bo

People can complain all they want or legislators can make all the migratory labor laws they want but the fact still remains, the Arab world regards Africans as children of a lesser God. I would rather work for the most racist American in Mississippi instead of those sand niggers from Saudia and the Gulf states.

If victimizing the VICTIM was a person... Sankok!! Maybe there ought to be courses in communication before one is elected as an MP #EpicFail

Huh👀👀 what is this guy smoking?. What in the world is this guy talking about? Talk of wasting tax payers money bule kabisa. Keep your opinions to yourself since you are not there to solve any problems but to please your masters. Nkt

This man is always following the DP cheating Kenyans on how they are concerned about Kenyans on the bottom of the pyramid. Now this is how he actually thinks. Shame on you David Sankok

Unfortunately, he has not clue women from other countries like Ethiopia, Philippines etc are going through the same ordeal.

Did the Arabs pay him to put blame on the workers,and recruiting agencies?If this fellow is earning a paycheck for his stupidity,I blame his boss.Please take another look at his certificates.I bet they are all fake.
You owe an apology to those hard working Kenyans whom you have sullied their integrity.
Why would an agency even match to koinange looking for"prostitutes",when applicants are abound?You owe them an apoligy too. Even if prostitutes did go there, do they deserve inhuman treatment?
Anyway,you have fun with your joyride to the Arab Nation and come back and get some rungus on that retarded head from irate women,and their supporters...Truly, I hope they clobber you senseless.

Most Kenyans graduate are undercooked as education became business.

Even Dr. RUTO knows how HOW to earn certificates in blink of eye.

Even when sluts get sick they see a doctor who does not get to choose or discriminate against his patients.This retarded MPIG does not comprehend the problem.It is not the type of help we are importing to Saudi that is the issue but rather it is the treatment of foreigners by these monsters who continue to enslave maim and even kill Africans because to them we are subhuman.We cannot change how they perceive us but we can refuse to work for them so they get off their lazy fat asses and raise their own kids and clean their filthy houses.There is a reason countries like Somalia and north eastern Kenya lag behind .The white man discovered along time ago Muslims and Arabs are war like SOB’s who should be left alone lest you catch their fleas.