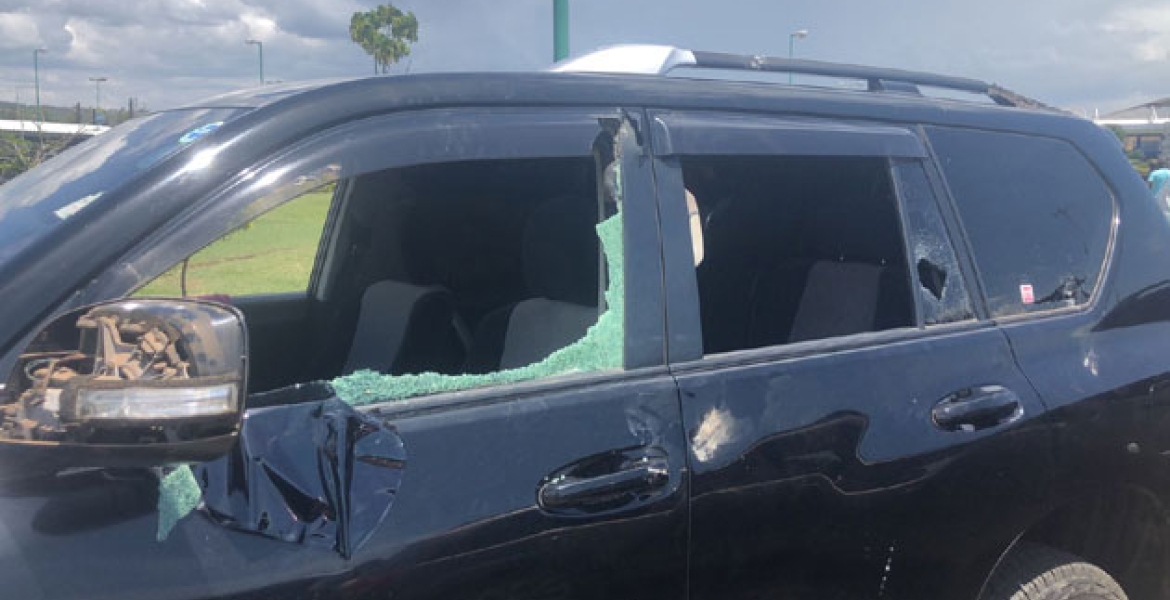 The National Police Service (NPS) has issued a statement regarding the chaos witnessed during Deputy President William Ruto’s tour in Kondele, Kisumu on Wednesday.

Police spokesperson Bruno Shioso said the violence broke out after two groups clashed over the sharing of cash handouts.

He noted that intelligence gathered by security agencies showed there was tension in the area due to the alleged distribution of campaign logistical funds amongst local groups.

Shioso added that the deputy president was earlier warned against visiting Kondele based on the gathered intelligence.

"This intelligence was promptly shared by police with H.E the Deputy President's team with a recommendation to skip the affected area during the tour.”

“During the rally, violence erupted amongst the local agitated groups who engaged in stone-throwing and other unruly behavior," reads the statement.

The deputy president was forced to cut short his speech as police officers fired teargas to disperse the rowdy youths who hurled stones at his campaign caravan.

On his part, Ruto condemned the violence and accused his political rivals of hiring youth to throw stones.

“Let us respect each other because Kenya belongs to all of us. I am telling those who have sponsored youths to stone other leaders: shame on you!” said Ruto.

"We must get rid of the leaders who hire young people to throw stones."

He left the scene and proceeded to Migori County to popularize his 2022 presidential bid.

Earlier, Ruto addressed rallies in Kisian, Otonglo, Obote Road, and Juakali areas in Kisumu where he promised to transform the country through the bottom-up economic model.

Ruto must stop corrupting the youths with stolen money! He has no plan for them except making their mind poorer! The youths have started fighting Ruto back because they know he is a conman ready and willing to ruin their lives! Stop corrupting the Kenyan youths fir some small selfish political gains @ruto!

Be careful what you ask for, you defend violence now, wait until RAO visit Eldoret. Election violence should be condemned, any candidate should be free to campaign all over the country. Without peaceful campaigns, the election cannot be free. There is no excuse for any form of violence.

I don’t think anyone has defended violence! What the person doing s saying is mainly that the wheelbarrow economy is a big lie by WSR! No wonder the young people are now figuring this out and doing something to stop it! Button-up is a dead political slogan that Ruto is using to confuse Kenyans! All Ruto wants is to be elected president to shield himself from ICC!

Ruto's tour in Kisumu was vs Raila's tour in Eldoret not very Long ago. Lesson: Revenge or Tit-for-Tat never Pay well.

When will we ever learn! If the perpetrators are not held accountable now then, 2007 painful history will repeat itself! This is a very worrisome trend!

Ruto and his campaign team know too well not to share money in political rallies. And that’s not what they will do.
The money the police is talking about being shared was to buy stone throwers. And it came from those opposed to him/ Ruto.