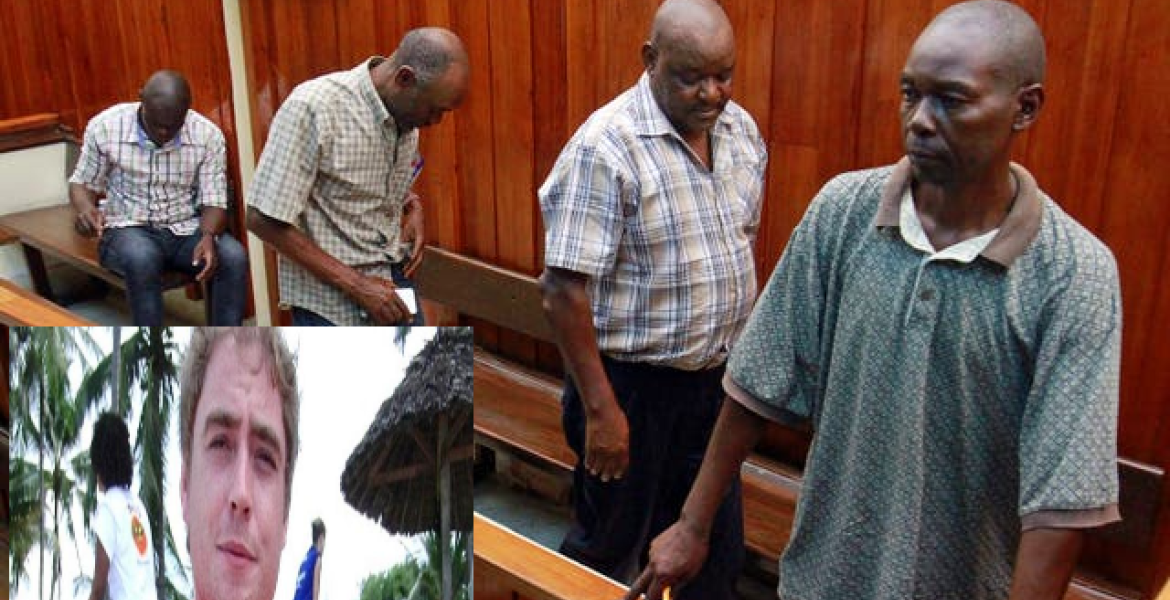 Four Kenyan police officers have been found guilty of manslaughter in the death of British aristocrat Alexander Monson.

Mombasa High Court judge Eric Ogola on Monday ruled that Monson was brutally tortured and had cannabis planted on him after he died.

He added that the four officers, John Pamba, Naftali Chege, Charles Munyiri Muganda, and Baraka Bulima covered up what happened to the 28-year-old.

Monson was found dead in a cell at Diani police station a day after police officers arrested him at a beach resort in Diani in May 2012 for allegedly smoking cannabis.

Police claimed he died of an overdose but an autopsy revealed he suffered a traumatic blow to the head while toxicology reports showed he had no drugs in his system at the time of his death.

The judge said Monson was in good health prior to his arrival at the station, adding that those who brutally tortured him were known to the four policemen.

He said the court did not find out who they were because of "the code of silence in the police force."

"I am satisfied that the death of the deceased was caused through unlawful omission on the part of the accused persons for failing to seek medical care for the deceased in good time," Judge Ogola ruled.

Alexander, who was the son of Lord Nicholas Monson and heir of the Monson family estate in Lincolnshire, England, had relocated to Kenya in 2008 to live with his mother Hilary Monson.

His father, who arrived in Kenya on Saturday, his mother, and several family members were in court for the ruling.

Speaking to reporters outside the court, Hilary Monson said she was "disappointed" by the sentence given to police officers.

“I just feel like after waiting for 10 years, the sentence given to the accused persons isn’t enough for a mother who lost her child in such a brutal manner.”

If the four policemen were found guilty, they should all be sentenced to death.

Each should have gotten at least 50yrs and above.

And Kenyan government was trying to cover up the murder of one of its own! Wanjiru, the young mother in Nanyuki who was killed by British soldiers. Bure kabisa!

Am surprised after killing mzungu they were prosecuted very fast. When wazungus kills our own cases are killed and we never hear of them again. I think wazungus are very important in their own land and more so in our land