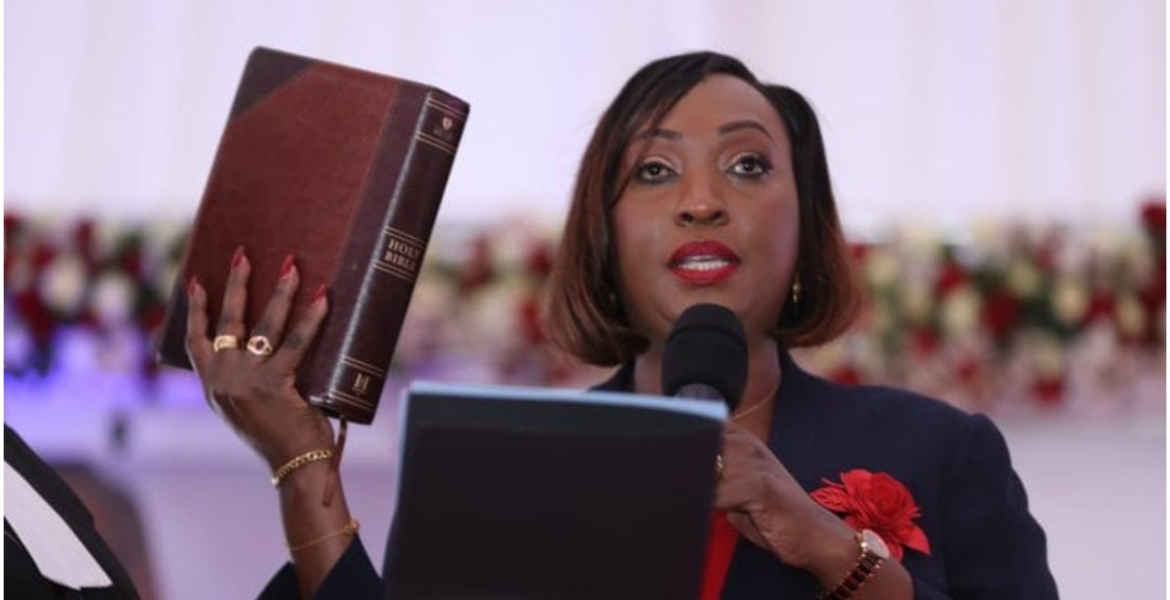 Ann Kananu Mwenda has been sworn in as the new Governor of Nairobi County.

Kananu took an oath of office in a ceremony held at Kenyatta International Convention Centre COMESA grounds at 11:00 am Tuesday.

The swearing-in ceremony was presided over by Justice Lilian Mutende and attended by top dignitaries, among them Nairobi Metropolitan Services (NMS) Director-General Mohamed Badi.

“I have sworn to truly and diligently serve the county of Nairobi without fear. I commit to working for and with all of you,” Kananu said during her swearing-in.

Kananu has been serving as the county’s Deputy Governor following the impeachment of Governor Mike Sonko in December last year.

Last week, the Supreme Court cleared the way for Kananu’s swearing-in after dismissing an appeal by Sonko, who was seeking to stop the oath pending the hearing and determination of a case challenging his impeachment. The apex court said it lacked the jurisdiction to consider the appeal.

Kananu becomes the third and the first female Governor of Nairobi.