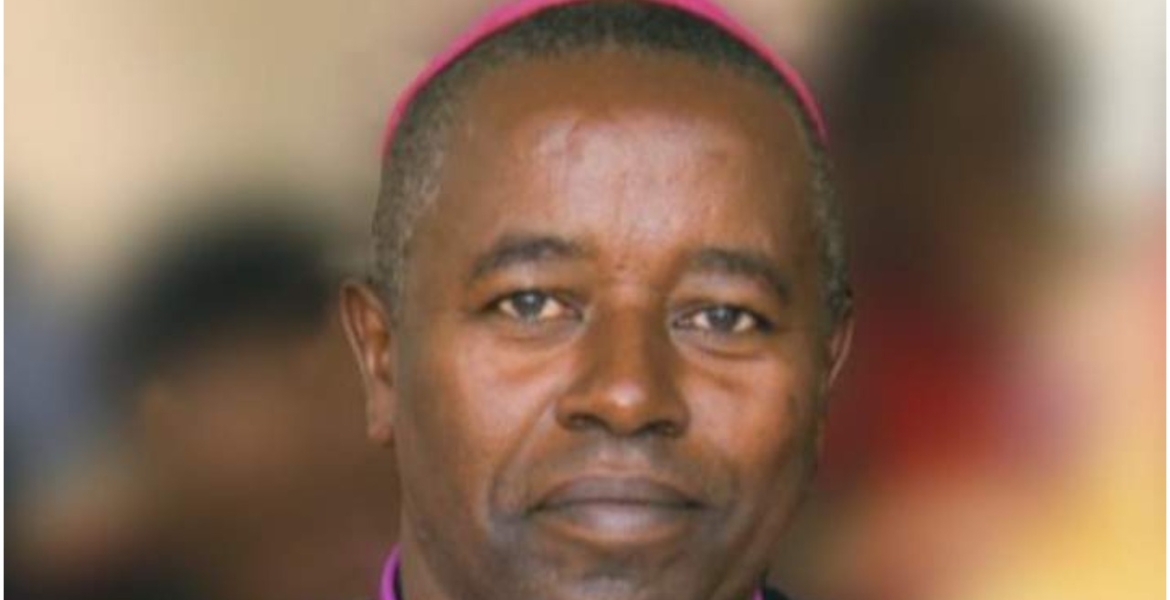 An Anglican Church of Kenya (ACK) bishop was on Wednesday arraigned in court over alleged sexual harassment.

Bishop Joel Waweru, a senior member of the clergy, is accused of sexually harassing a female congregant by trying to kiss her and touch her breast without her consent on several occasions since 2018.

“On diverse dates and different times at Otiende in Lang’ata, Nairobi being a person in the position of authority persistently made a sexual advance at JNM knowing or having reason to believe that such advance was unwelcome by the said JNM thereby interfering with her work,” the charge sheet reads in part.

Bishop Waweru pleaded not guilty to the charges and was released on a cash bail of Sh50,000 or Sh200,000 bond.

“He will be released on a Sh50,000 cash bail and the matter will be brought here after a fortnight,” Derrick Kuto ruled.

The complainant told police that the clergyman had on several occasions said that he liked her because she was attractively beautiful, adding that the bishop was so much obsessed with her yet she is married.

She also claims that Bishop Waweru demoted her at a church in Westlands, cut her salary, then transferred her to a different parish as a result of her rebellion.

The woman also narrated to the investigators how the bishop’s wife walked in on them as he tried to kiss her by force.

So whats your point? You seem so lost from the context of this story. Your reply very irrelevant!!

@Imara you are spot on. These fake churches with fake gods are doing no justice to the African. And yes, their prayers never seem to rise up to heaven. In church they collect all the illegal monies from drugs to stolen tax payers money. The same so called christians or pastors or bishops etc are thieves, rapists, molesters, wife batterers, land grabbers. You can not trust them with your wife, sister, daughter, mother or even your grandmother! In catholic, you can not trust them with your father, brother, son or even grandfather. Anything goes!

As always in such matters , if evidence is not produced, it comes down to ,"she said he said".That said, going by generally how lustful men behave, regardless of their piety level,I am persuaded that the women is telling the truth.
I know Muslims dont like hearing this but their prophet lusted after awoman walking on the road,and rushed home to have sex with one of his 9 wives.Worse, the lusted after the wife of his adopted son "forcing"him to divorce her so that he could marry her. Wow, talk of pious men being examples of moral guidance.This is one scandal that you cannot attach on JC.
Now what all this tells me is that there is no "instrument "that detects the true man of God other than there actions.

A Bishop chasing another man's wife. Catholic priests molesting boys and sleeping with married women? And you still don't think there is somthing terribly wrong with Esau's religion and his causasian god? Imagine how many women this dirty bishop has slept with before he could be exposed. How many homes has he destroyed yet? Does anyone out there believe this was his first attempt? Look at his age!

Thats why i keep saying to hell with religions! Just a fallacy devised to give our life meaning! There is nothing like ‘GOD’. Simply put, God does not exist! Muslim and christians alike killing each other in so called holy wars for the sake of an ‘almighty’ fictitious character is ridiculous at best! Wake up to reality and yes I know its so hard for some of you to swallow this direct hit. But for all I care! Peace out!

Four years hot relationship becomes harrassment only because they were caught by his wife.

@Imkgoogo, I thought of that,but decided to attack the man of the cloth for his bad example to his flock.However, I was suspicious about the alleged "crime",for the very reason you raised. I would imagine that one harassment is one too many.In addition, I wondered if the "sidechick" was well aware that if she pointed at his wife who them becomes a potential witness,the wife could invoke spousal testimonial privilege...
Bottom line, it is avery bad example from a "self claimed" man of God... with awife.

These people called Waweru are interesting characters. I was recently conned by one not too long ago with promises of laying cabro in my property at a reasonable cost. Kuumuliza alisema ati nakatia bibi yake akaniitia polisi.

....eeehh,that last para there puts a twist on the saga. Me thinks caught red handed and some marriage has to be saved.... Churchmen not what I used to think.

Waweru should consult Wamugunda to get PEKENYE and payment after fuck.But first he will have to pay muke wa mwenyewe some millions kwa TAMAA.

Don't blame men feminist. When all men run away from women for fear of being accused . Women will feel very bad. Men will be gays and murstabate to avoid being locked up.

She is luck was not Raped. MEN WILL MEN FEMINAZIS

Men have nowhere to go without facing FEMINAZIS

Men have nowhere to go without facing FEMINAZIS

You have money FEMINAZIS will seduce for sex to gain monetarily..

FEMINAZIS WILL COOK THEMSELVES AS PIG COOK ITSELF..

SON WILL NOT TRUST MOTHER ACCUSING ANOTHER MAN.

Prophets and Prophetess of Baal...https://www.youtube.com/watch?v=3ZYiTDYK0rc