DCI's Child Protection Detective Lawrence Okoth Feted in the US 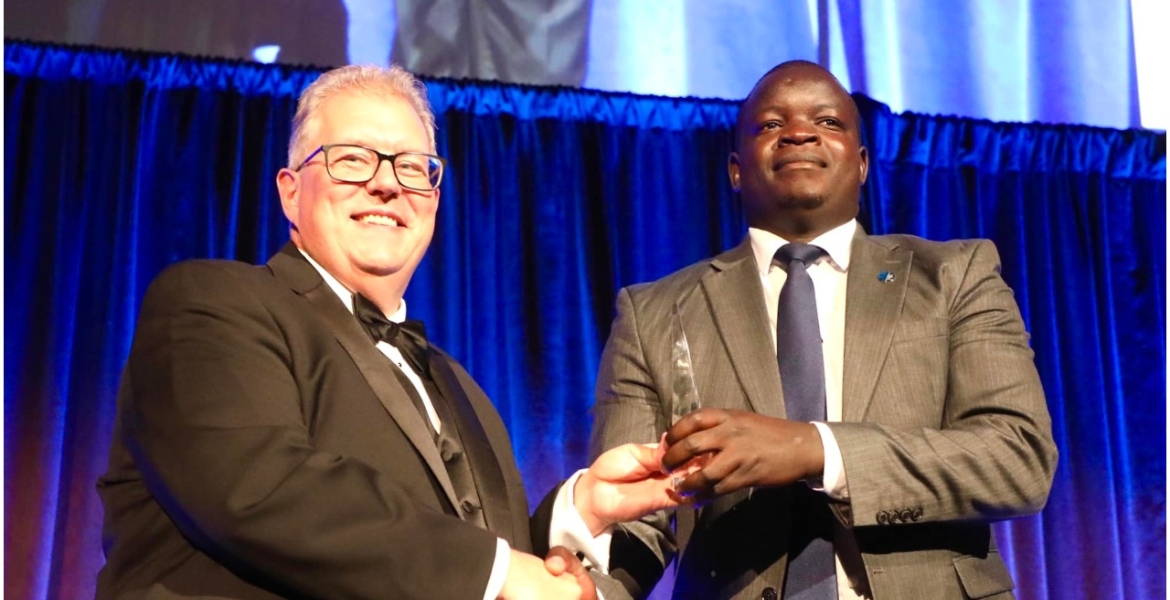 A Kenyan detective has been feted in the United States for his role in the protection of vulnerable and exploited children.

Lawrence Okoth, who is attached to the Directorate of Criminal Investigations’ (DCI) Anti-Human Trafficking and Child Protection Unit (AHTCPU), was awarded by the International Centre for Missing and Exploited Children during a ceremony held in Manhattan, New York City on Tuesday.

“Detective Okoth received the Everyday Hero Award that was also awarded to two other exceptional police officers, one from India and the other from Guatemala, whose outstanding performance in handling matters affecting children and safeguarding their rights stood out across the world,” the DCI said.

The agency says Okoth, a certified digital forensic investigator, specializes in smoking out pedophiles preying on innocent children and has utilized his skills in the past three years to nail suspects, which has earned him international recognition.

In one outstanding case, the Computer Science graduate from Jomo Kenyatta University of Agriculture and Technology (JKUAT) led sleuths from the Child Protection Unit in arresting a 71-year-old pedophile after he shared disturbing tapes online, depicting child sexual abuse.

This led to a search for the elderly man who is a telecommunications pensioner from Germany and who had sexually abused two boys aged 11 and 13 in Ukunda, Kwale county before he fled to Nyalenda in Kisumu. While rescuing the two boys in Ukunda, Okoth and his team discovered that the elderly man would put his victims on stupefying drugs.

“While in Kisumu, the pensioner who received his monthly cheque from his previous employer in Germany continued luring young boys aged between 11-13 into his trap, before defiling them until he was arrested on May 2020 in Nairobi, as he tried to escape our dragnet accompanied by yet another juvenile victim,” DCI noted.

Detectives managed to obtain his past criminal records which revealed that he spent five years in various jails in South Korea on drug-related charges. Upon his release from prison in South Korea in 2018, he moved to the Kenyan South coast where he set up a base and began preying on young boys.

The suspect has been on remand at the Industrial Area prison as his trial continues.

What about all the human trafficking taking place where our girls are being sold as slaves in middle east.

@Kenya,kindly engage your brain if you have any between your earlobes before you put your mouth into gear. This guy's achievement needs commendations, he is a hero. Someday some other great hero will do something for those ladies suffering in middle east, but for now say Kudos to Larry Okoth!

Toe girls are making a personal decision to travel to the Arab countries well knowing the risks involved. Actually the pay a lot of money to get there At some point they got to know choices have consequences, and the result can be very fatal

Another crappy award that is meaningless

How about the various children molested by priests and young girls by Caucasian foreigners at the East African coast?

As usual, let us expect the usual comments from low-esteemed Kenyan idlers about how inconsequential this recognition is.

Fully agree with you