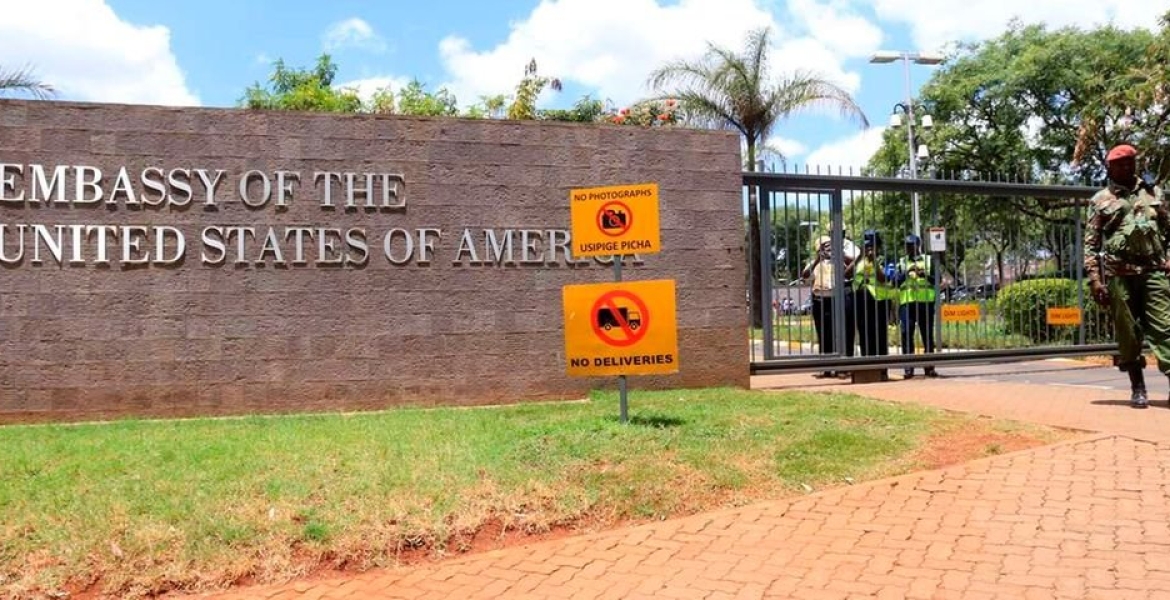 The United States Embassy in Kenya has clarified its earlier security alert warning its citizens to avoid traveling to Kisumu ahead of next week’s general elections.

In the alert dated August 2nd, the embassy said it imposed movement restrictions on personnel in Kisumu “out of an abundance of caution.”

“Out of an abundance of caution, the Embassy has imposed movement restrictions on personnel in Kisumu. The State Department reminds U.S citizens of the continued need for sustained vigilance,” the advisory read in part.

The advisory raised eyebrows, with a section of Kenyans questioning why the embassy singled out Kisumu and ignored other areas that have been mapped out as possible violence hotspots ahead of the upcoming elections.

In a statement, Kisumu Governor Anyang’ Nyong’o downplayed the advisory saying the lakeside city is a very peaceful place.

“On the travel advisory issued by the@USEmbassyKenya urging American Citizens to avoid traveling to Kisumu, I want to assure those traveling to Kisumu that our people are very peaceful and looking forward to welcome you. Enjoy our beautiful sunset City!” Governor Nyong’o said.

In an update on its earlier alert on Wednesday, the embassy clarified that it has no information to suggest the security situation in Kisumu, or in any other parts of Kenya, have been adversely affected by election preparations.

“Alerts of this nature to American citizens are common ahead of elections throughout the world, and the United States has no information to suggest the security situation in Kisumu, or in any other parts of Kenya, have been adversely affected by election preparations,” the embassy stated.

“Kisumu hosts a significant number of U.S. Embassy personnel and is a frequent travel destination for American citizens. The U.S. Department of State has no greater responsibility than the safety and security of U.S. citizens overseas and routinely issues Security Alerts surrounding elections, health conditions, and extreme weather, ensuring U.S. citizens have information that helps inform travel plans.”

The headline is misleading the alert 🚨 stands as is. There has been lots of bloggers altering the html contents to portray the contrary the embassy issued a statement regarding the fake circular doing rounds sponsored by SG Sifuna. As if this second Kisumu is and has been only city mentioned on the travel restrictions for US personnel and nationals

Avoid maweland for now and after baba looses...I can see that guy in 2007 crying on TV again" Nyanza sio Kenya"

Just fire the person who came up with these stupid allegations. Who told US Govt through their embassy that they must issue statements as if anyone invited them to? When the country was failing turmoil and hardship and insecurities during Trump era, what the heck did they say? Every waking morning was a battle. I thought this was the day kim jung Un was gonna attack US. JUST BACK OFF US EMBASSY and fire your communication personnel, they don't know shit

Americans tend to have better intelligence. They know Ruto will take this election and violence will erupt in Kisumu.

They should have instead issued advisory for certain areas of Nairobi such as Mathare Valley and Koinange Street.