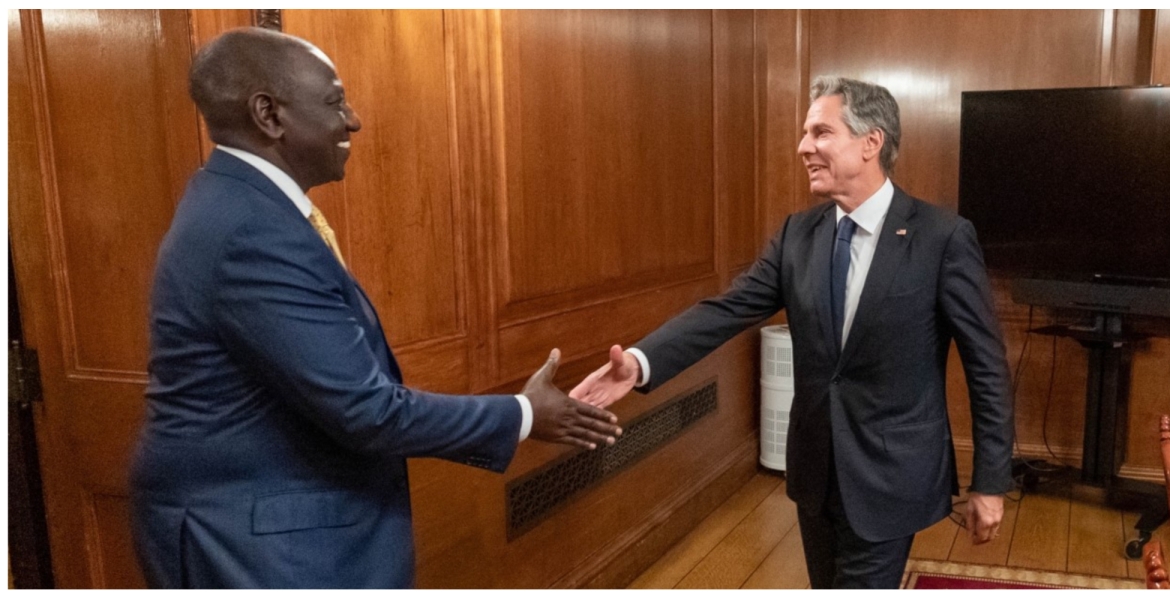 President Ruto on Wednesday held talks with the United States Secretary of State Anthony Blinken on the sidelines of the ongoing United Nations General Assembly (UNGA) in New York City.

Blinken said they discussed the ongoing efforts between Kenya and the US to tackle food insecurity, as well as regional peace and security.

“Good meeting with Kenyan President @WilliamsRuto to discuss our countries’ ongoing efforts to address food insecurity and regional peace and security,” Blinken said in a tweet.

While expressing confidence in the two country’s bilateral relations, Blinken pointed out that he looks forward to strengthening strategic partnership with Kenya, especially on trade and investment.

“I look forward to strengthening our strategic partnership, especially on trade and investment,” he added.

On Wednesday, Ruto made his inaugural address at the 77th United Nations General Assembly, where he delivered Kenya’s national statement.

In his speech, Ruto urged the World Bank and the International Monetary Fund (IMF) to extend debt relief to countries worst hit by the COVD-19 pandemic, conflict, and climate change.

“On behalf of Kenya, therefore, I join other leaders in calling upon the World Bank, the International Monetary Fund and other multilateral lenders to extend pandemic-related debt relief to the worst hit countries, especially those affected by the devastating combination of conflict, climate change and covid-19,” he said.

“Furthermore, I urge the G20 to extend and expand the scope of the common framework to suspend or reschedule debt repayments by middle-income countries during the pandemic recovery period.”

Ruto further drummed up support for his bottom-up economic model agenda, saying that his administration wants to include the marginalized working majority in Kenya’s economic mainstream.

“Building back better from the bottom upwards is, essentially, about including the marginalized working majority in the economic mainstream,” he said.