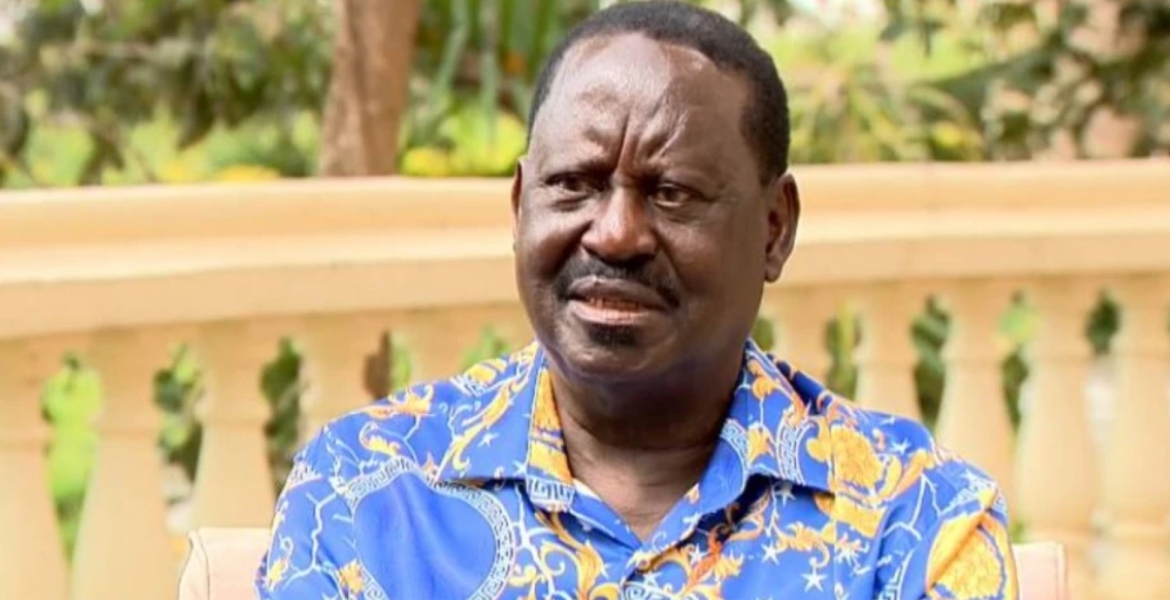 Azimio la Umoja One Kenya coalition leader Raila Odinga is set to hold a public rally at Kamukunji grounds in Nairobi on Monday.

His spokesperson Dennis Onyango said Odinga will land in the country from South Africa on the same day at 11 am and will head straight to the rally’s venue, where he will give an address on the recent whistleblower’s account of the 2022 election.

“Upon arrival, Mr. Odinga will proceed to the Kamukunji grounds in Kamukunji Constituency for a People’s Baraza consultations with the public where they will discuss recent disclosures by a whistleblower on the conduct of the 2022 general election,” Onyango said in a statement on Saturday.

“Mr. Odinga appeals to Kenyans to show up in large numbers at the Kamukunji Baraza, in the interest of the country.”

The whistleblower, who claims to be an IEBC employee, released a report detailing how the August 9th, 2022 presidential election was allegedly rigged in favor of President Ruto.

In the report, the whistleblower claimed that Odinga won the presidential election after garnering 8,170,355 votes ahead of Ruto who managed 5,919,973 votes.

“That original data, which the public has never seen until now, shows without an iota of doubt that the IEBC under Chairman Wafula Chebukati, Commissioners Abdi Guliye and Boya Molu together with CEO Marjan Hussein provided falsified data and results to the Kenyan people,” the whistleblower noted.

“The bottom line is that there will be no reason for any Kenyan to participate as a voter or candidate in future elections if the fraud of the 2022 elections is not reversed.”

Odinga has been in South Africa for the past week for a series of meetings in his capacity as the AU High Representative for Infrastructure Development in Africa.

It is about time to get Kenya’s ill fated politics straight by whatever means possible! Ruto must be ejected out of state house by force if need be! Stealing should never be condoned and it the time the suffering masses she take stern action to make the current and future politician know they do not own Kenyans. Baba must call for a 8.1 million strong men to match to state house to forcefully remove Ruto!

KINg of corruption must go

@Warid,an Al Shabaab terrorist is delivering war message from Raila,the blood group’s financier.Raila will not be lucky this time as prosecutor Khan will not depend on so-called human rights lies.His team has been on the group gathering evidence on daily bases.

Still waiting for parliament to start hearings on the conduct of the 2022 elections, and set up the guidance for upcoming elections. We need a complete review including Olekina's fighting at Bomas, conduct of the IEBC commissioners (all of them), source of fake documents provided to the Supreme Court, source of fake videos before and after the elections, Conduct of DCI (remember the Venezuelans and 4 IEBC clerks were in DCI custody, yet they were never charged), and IEBC funding to ensure they can deliver on their mandate. We need a parliamentary review, not street demonstrations and violence. In fact, The review should be for process improvement, and should be lead by parliament.

In Kenya politics it's hard to believe who is telling the truth. Looks like a rotten society. People like Atwoli, David Ndii, Grad mulla and many more respected persons are now celebrating Ruto.

Even the then 4 most senior commissioners are not privy to this wild cooked up allegations! This one has the most of hot air.
The forms 34 are available in the public portal duly signed and certified by all respective party agents. There’s no other election results. There’s no other server. The servers are in constituency level results. There’s very little chance that Raila could have won in Central yet loosing 95% of mps, mcas and senate.
Cherera 4 has now gone up to Cherera 5.