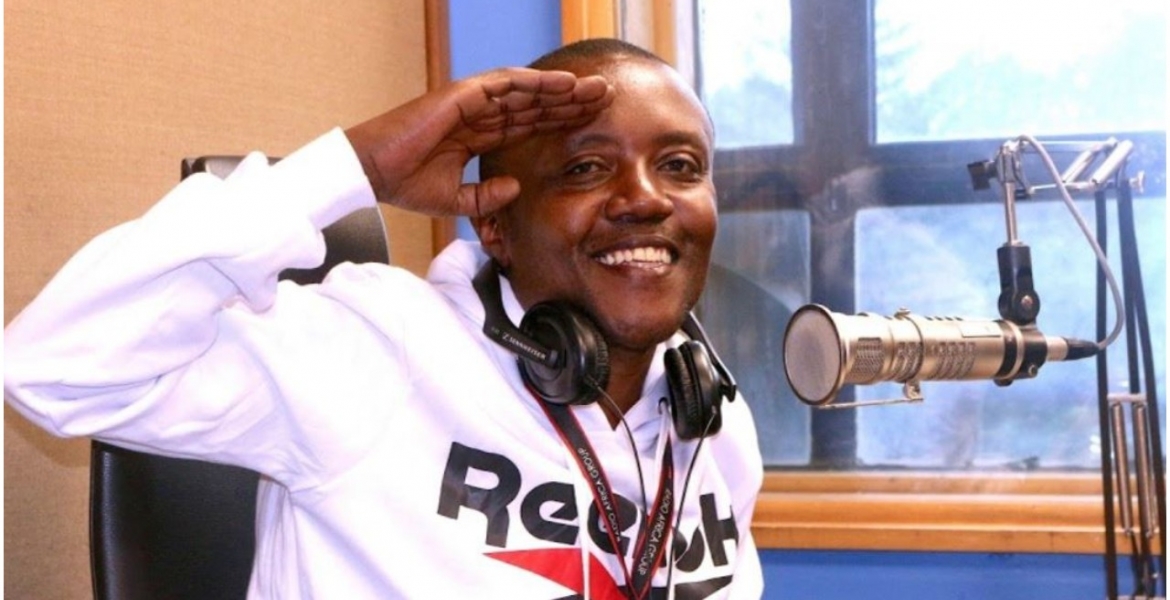 Kenyan radio personality Maina Kageni says he would be paid millions of shillings if he lost his voice.

Kageni made the revelation on Friday during his breakfast show on Classic FM.

This was after his co-host Daniel Ndambuki, alias Mwalimu Mwalimu King'angi, joked about Kageni's radio career dying in case he lost his trademark voice.

In response, Kageni stated that he does not fear losing his voice as it is insured for a whopping Sh100 million.

"If I lost my voice today, I would be paid a total of Sh100 million... have you not insured your voice?" he posed.

Kageni, who is reported to be among the wealthiest media personalities in the country, urged King'angi to also insure his voice.

The 46-year-old is known for his opulence and fine taste of things. Last year he purchased a brand new BMW 2020 X6 for Sh16 million.

In 2019, Kageni divulged that inherited the entire multi-million-shilling estate left behind by his late dad when he was only 21.

He pointed out that there were no inheritance battles for his father’s property since he left a will.

“My dad died when I was two years old. Luckily for him, he left behind a will and after his death, it was entrusted to trustees,” Maina said.

He added: “Immediately I turned 21, the properties were transferred to me.”

Narcissistic news. I bet hes about to join politics

Ugh the Kenyan celeb show off is out of this world, Maina seems like a lonely dude when the world is not looking and he is behind closed door he curls in a corner and sucks his thumb . What a narcissist!

Please, you can be blessed and not GLOAT about it and there are many who are beyond his meagre millions around the world and you don't hear a peep from them even journalists like himself. I wouldn't want to be Maina Kageni in a million years

Both of you will not live to see a million years! Go to hell!

And your point being, even if I do not see a million years, even for a second I will never want to be Maina Kageni from Ragati kwa Machore! You should see the village he comes from, done nothing to kusaidia kijiji yet he is bragging here on his million insurances, so based on that little fact, I will NEVER want to be him in a million seconds! Take that to the bank

And go to hell, have you been? How do you know it exists? Typical matusi bila substance