Jirongo: I Bought a Minibus to Transport All My Children to School 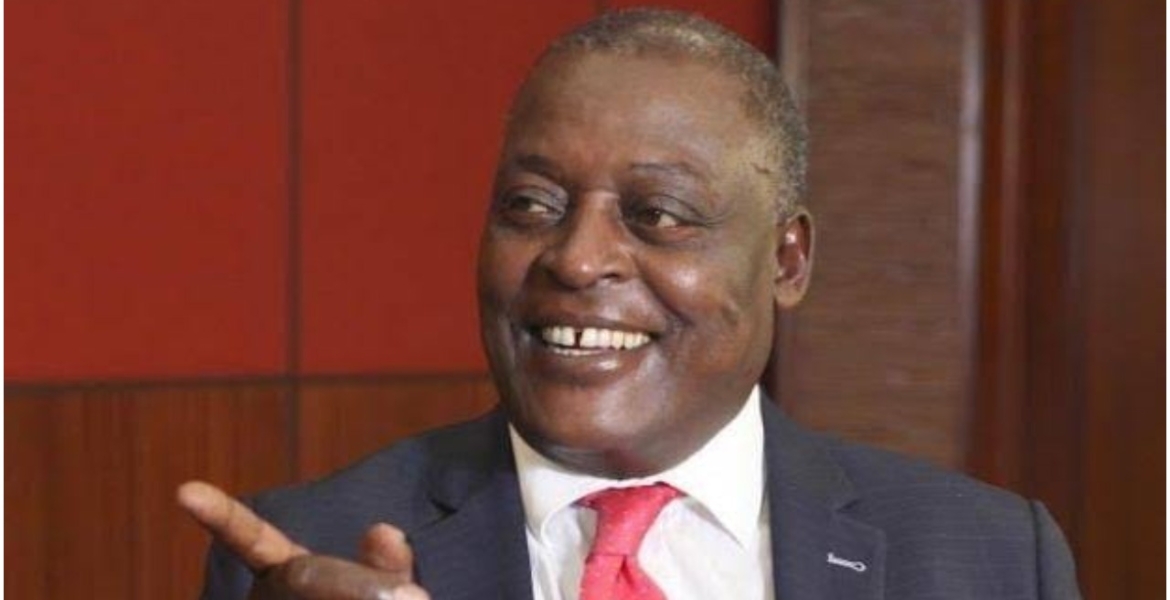 Former Lugari MP Cyrus Jirongo says he has many children that at one time, he bought a minibus for transporting them to school.

Speaking during an interview with Sunday Nation, Jirongo said the children are from different mothers, adding that they have been raised together as one family.

“There is a time they used to go to Makini School in a bus. I had a minibus for all my children,” said Jirongo.

He added: “They have grown up together, I have taken them to school together, there is nothing like this child belongs to this or that mother. It does not matter who their mother is, they all come from my house. They do not know those stories about daddy’s girlfriends.”

Jirongo, who has been vocal about his polygamy over the years, is said to have four wives and many children.

“We do not count children where we come from. We say we have many children, so I have many. They are several,” said Jirongo.

The former presidential aspirant observed that all men are polygamous by nature, but the only difference is that many hide their affairs.

“People have mistresses here and there and know how to hide. Personally, I do not hide because whatever the product, it is my product, so why should I hide? The law allows polygamy. The law would not have allowed it if it was something bad. The law is just trying to remove you guys from where you are hiding because you all have mistresses,” he added.

He defended polygamy, saying, "In the animal kingdom, where does an animal have one 'wife'? We are animals; the appetite for the male species is propagation of its genes. Be it a lion or any other animal, they all try to own as many [females] as possible.

"And I think that's how God made us anyway. Just be honest, do it openly, and don't leave problems behind where people are fighting saying they don't know each other. Be open."

Ridiculous. Disgusting. Perturbed. If those three words are not suffice to describe how annoying Mjuaji is with the greatest thief of all time, then I beg to retreat. Jirongo, like his other nemesis Ruto, Mtavati, Kalonzo with others buried and forgotten, were among the architect looters of our resources during the Youth for KANU '92. They have learnt how to get away with stuff for many years. With stolen loot, just like their dad Moi, they had women in every town and village. Moi was a sex predator, preying on secondary headmitress, one of which was Nyakiambi Secondary near Gwa Kiongo, Ndunduri(Nyandarua county), where governor Lee Kinyanjui was born. PC Nyachae, Ntimama, Jirongo, Nassir, Gumo, Jirongo, Kibor, Ruto, Muliro, Bargetuny, Kihika, Jaramogi, Raila, GG, Kibaki, PC Mahihu, Uhuru, Ngeny, Kamotho, etc, had multiple concubines on every part of the Kenyan map. Yet they played innocence while they grabbed and looted our country like never before. And they want to be president, or seeking leadership roles to rewind their sins and crimes unleashed upon us. And fools will line up again......True, Jirongo had many children. He should have started a primary school, secondary school for them just like the Arch Bishop of Dini Ya Msambwa.

I do AGREE:
"We do not count children where we come from. We say we have many children, so I have many. They are several,” said Jirongo.
Also: I love the very Idea of Raising all Kids in Same house.

@Guest1 why you also love the idea of a christian marrying many wives like Solomon did ?
As a man of "science", I tend to follow how modern human beings conflate it with traditions,myths,and customs.
Marriage is asocial construct.Most patriarchal societies men set the rules that mostly favor them.This alines with what Jirongo says about men being polygamous by nature,but he leaves out one important factor- human nature. Science says both men and women are polygamous by nature.Women are are much polygamous as men. Examples abound,especially after the first industrial revolution when men and women started working side by side in numbers.
It is also worth noting that there is polyandry-where a woman has more than one man.Not common since most societies are ruled by men,but nonetheless it exists among human beings.

Polygamy is good for the human race to continue thriving. The only thing I disagree with you Cyrus is your thieving habits...

Before we even think of polygamy as a populations enlarging option,we have to take care of allthese starving,and destitute amongest us.

While I disagree with Jirongo's past political trash, I ask what is worse. Polygamy or LGBT?.. call me a hater but answer honestly!I hope Mwakilishi does not develop cold feet and refuse to publish my comment