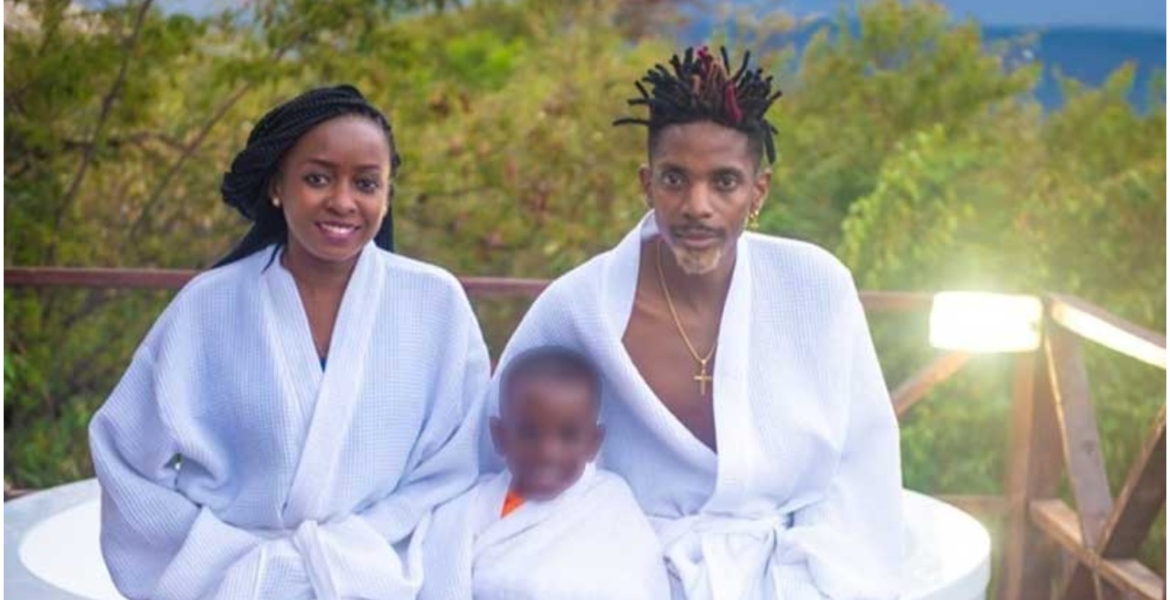 Comedian Eric Omondi has responded to journalist Jacque Maribe’s claims that he is a deadbeat father.

Maribe, a former reporter and news anchor at Citizen TV, on Monday accused Omondi of neglecting his fatherly duties since the birth of their son seven years ago.

On Tuesday, Omondi admitted he has not been supporting the child, saying he is not sure whether the boy is his biological son.

The comedian explained that the two made love after an office party, where they had too many drinks. Two months later, Maribe informed him she was pregnant even though they used protection that night.

“So we met at Radio Africa in 2012. I was working at Radio Jambo and Jacque was working at Kiss TV. So one random night after a Radio Africa Staff Party and after a few bottles of whiskey and wine glasses Jacque and I happened,” Omondi said through Instagram on Tuesday.

“It was really a one-night thing because she was dating KTN's Sam Ogina at the time. We used protection!!! After two Months Jacque tells me she's pregnant!!! I immediately ask her how since we used Protection? She then tells me "It doesn't matter the mother always knows who the Father is and that I am the Father!!! During the entire Pregnancy, nothing happened and we barely saw each other.”

Four months after the baby was born, Maribe asked Omondi to take responsibility but the entertainer demanded a paternity test first, something that irked the mother.

“I asked her for a DNA test so that I could comfortably be part of the baby's life and support fully. She got very offended and refused my request. For 7 seven years I have begged Jacque to allow us to have a DNA Test and she has continually refused,” said Omondi.

Might I suggest Maury Povich. Wonder if there is a 254 edition🤔?

The right this is to avoid dipping recklessly.However I must give you some credit for using some protection.I hope it was not the withdrawal one.Also be mindful that the is no contraceptive that is 100% safe.Even though novel Poymer comes close.Have you tried abstinence? That's 100%.
Now that you know,be careful.Till you are ready to sire kids.Raising kids is not cheap,emotionally,and financially,that is if you want to be in their lives.

With her Murder case still Crawling in Court: Nobody can Trust this Lady.

That's more reason for Omondi or many other man or lesbian to avoid her.

Jackie Maribe child is 7yrs and you have never doubted being a father till now. You have the right do do DNA even without Jackie knowledge. It takes only one to sire a baby. So Mr.Omondi even for miss P you did once and she got pregnant. Take @Maxiley advise of abstinence as it works 100%.

@ Bmore, I wondered about that too.Why now? Was it prompted by the ostentatious display of that new house he just got.

But Omondi performed well in bed! And even with a condom, he managed to “make” Maribe pregnant; so she says! So a kihii seems to have performed better than the CUT!

However, only Maribe knows who is the daddy to her son! Their shacking in bed that one night may have been planned by Maribe to find a stickler man to be the father! And Omondi perfectly passed the untrue test after dipping with a rubber on! Hii Ndunia kuna shenanigans!

Maribe did not see this coming. Ouch!!!

Surely you have been in that ebedi moment yourself!

The eerily resemblance of those Ears 👂 though!! 🤣🤣! NO DNA required!

He has a right to a DNA test. If she so claims he I deadbeat, she should let the DNA test be done.

No he doesn’t! Maribe is the final answer! She really felt it when the condom burst and climatic hit her like a rolling thunder! Wachana na hawa wewe!!! The kid needs a father figure!