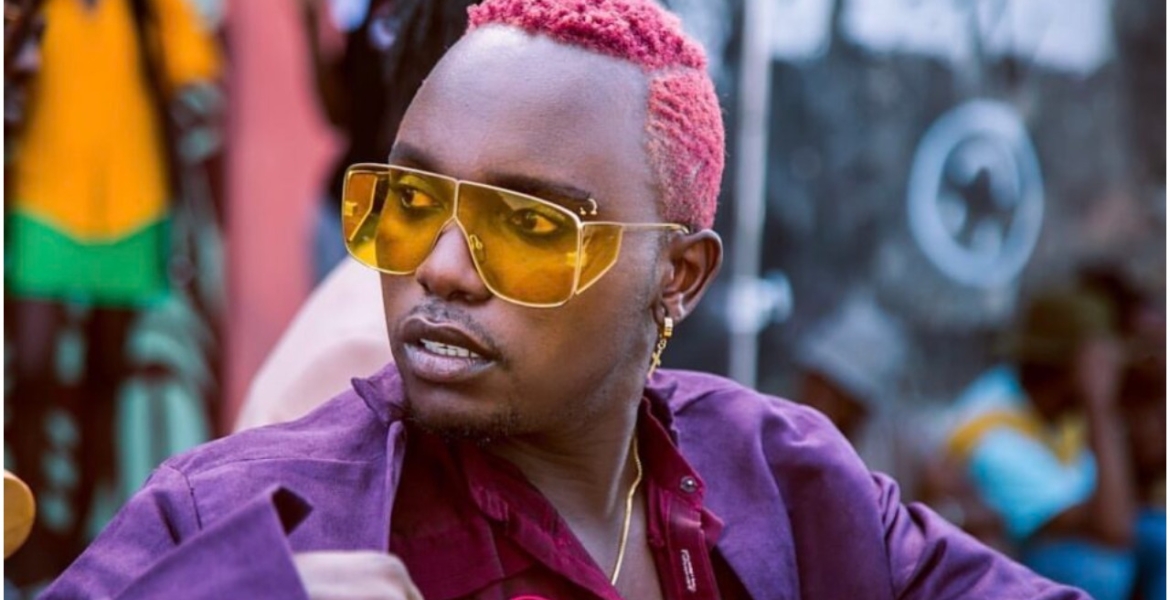 Kenyan artist Willis Austin Chimano has come out as gay, ending years of speculation about his sexual orientation.

Chimamo, a member of the Sauti Sol afro-pop band, made the revelation during an interview with a local publication.

The celebrity says he no longer wishes to hide his identity as a member of the lesbian, gay, bisexual, transgender, and queer (LGBTQ) community.

He divulged that his new song ‘Friday Feeling’ which featured some members of the LGBTQ community including journalist Makena Njeri and stylist Letoya Johnson, was meant to be real.

“Friday Feeling is just like a ballroom culture within the Queer Community which I am part of. So that is just my first expression of who exactly I am. So I am just laying everything bare from now on, hakuna kujificha jificha,” Chimamo said.

He added: “Sexuality doesn’t define you. It is just about me putting myself out there; my creativity and living my truth.”

Chimano urged his fans to be themselves and do what makes them happy.

My gay radar picked him up 10 years ago. More power to you Chimano. We are who we are and that's who we are!

@mumbi - Tabia Mbaya! Nonsense! Did you ever hear any straight person coming here to announce their sexuality? Or straightness? Why do we need to know when a man is hosing another man’s rear end? Ujinga!

You're Obviously gay too. And I loathe it.

MsonoBari my sexual orientation is none of your bizness. I like fighting for the oppressed:
First they came for the socialists, and I did not speak out—
Because I was not a socialist.

Then they came for the Jews, and I did not speak out—
Because I was not a Jew.

Then they came for me—and there was no one left to speak for me.

A longer version by the Holocaust Memorial Day Trust, a charity established by the British government, is as follows:[4]

Who cares about his sexual identity? Does he thinks he will have more fans know that we know he is gay?

Volkswagen cars have their engines at the back and they have been around for a very long time. Nothing new here.

It has it's dirty Exhaust pipe in the Back too. And uses this Pipe to Attract and Entertain Perverts.

Who didn't see this coming lol plus who cares

Shoga Chimano should have explained whether he was a husband or a “wife” like expired Kirubi’s two male “wives” or both.Does he screw another man’s SEWAGE line or is his SCREWED?Yaani jamaa declares to be a SHIT MAN kama ni mutu wa maana,potea pooop.

@ I guess your name"fucker" answers to as why you are hung up on sex. Chimano is right his sexuality should not define him.
Yes people should not care about one's sexuality,but they do. The law also cares.It says that homosexuality is illegal in Kenya.
Eventually, most people will come around and accept gays as people with rights,and that they are actually no different from anybody else apart from whom they chose to love.We are not there yet.And it should not be our business to say they are in the wrong.So long as they are good law abiding citizens save for their"illegal act" they are ok in my book.

If sexuality doesn’t define you then why do you feel the need to publicly let the public know you are gay. Keep it to yourself and the pipes you receive. His tank is full of sugar.

Gay people seem to have a special talent in them. They are very artistic for one. All the best mister.

To be gay is today fashion. All these are bisexual just worst than animal

Any modern society requires spaces of expression to be provided for people who are of minority communities.

Congratulations to him for finding the courage to come out to the public with his situation.

What a disgrace to the fore-fathers!

1 Timothy 4:1 - Now the Spirit speaketh expressly, that in the latter times some shall depart from the faith, giving heed to seducing spirits, and doctrines of devils

Mtadoo nini? Besides matusi. Live and let live. Not the first nor the last…

I an coming out today. I have been heterosexual since I was born! Is that going to make news? Why do this dirty ugly people feel the need to announce to the whole world about their weirdness? Daily nation does not cover this nonsense unlike standard and this silly mwakilishi

@Kimia Hamwe: You're asking "Why do this dirty ugly people feel the need to announce to the whole world about their weirdness?". I read a post where you were bragging to the whole world of your wealth in Kenya and you were undoubtedly bashing those who have dared to immigrate for greener pastures. Una msimamo kweli ndugu?

@kumia - And why don’t you start your Mwakilishi since you have said you are a nrillionaire with 10 LLC! Why are you using Mwakilishi to speak nonsense? Alas! Leave Mwakilishi alone fool!

@kimia - What is the difference between what this guy is saying and you announcing you gay wealth to the whole world? Both of you are the same! As a matter of fact you count be the one financing his behavior with your anus!

@Kanje I don’t respond to backward thinkers like yourself

Kimiai ya Limuru! Wewe total disgrace to the whole of limuru! I have never been there but I think you are just a useless twarp there! Just trying to find your gay self!

I was against coming out but I think it helps ppl see the lgbt pandemic and how far it's spread. Hollywood, music and media is almost 50pc Sodom. Know the str8t can add sauti sol to the blacklist. Goats and sheep being separated openly is good. Sodomites life expectancy is low and suicide rates very high.

“Human rights are not things that are put on the table for people to enjoy. These are things you fight for and then you protect.” - Prof Wangari Maathai

And there are things that don’t even qualify to fight for because they are not human rights! Your sexuality is your personal desire and that is the furthest it goes! Don’t get confused with your grayish tendencies! Do your thing in your private places without telling others you want your insecurities protected! Nonsense Mumbi.

Good for you, live in your truth and love who you love. In the end love is all that matters. I stand with the gay as they too are human beings just like me. Watukane, wadharau, speak from your heart. Kill them, put them down, talk smack about them but also remember to live and let others live. They too are people. Come for Mumbi and if you like come for me, but you haters are no better than them ...you too hurt, bleed, love and do what you want to do and those of the LGBTQI should as well. Mezeni wembe!

What do you mean come out .

Even the dumbest person could tell you were Gay .

The buck broken negro is at an all time high...

Imagine putting your Penis where Poop comes out of ,disgusting.

@kimua - Your insecurities speaks volumes for your character! Aren’t you the so called wealthy Limuru gay boy? Possibly you are gay too and want him to be your husband!!!