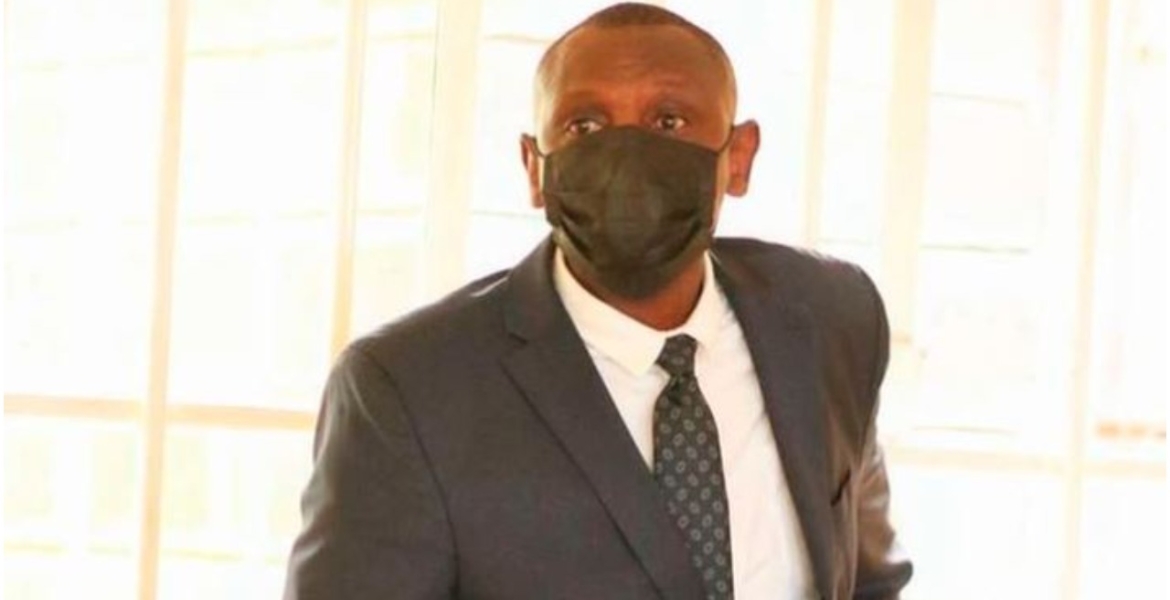 Kibet, who is the son of Moi’s first-born Jonathan Kipkemboi Moi, is currently embroiled in a court battle with his stepmothers for a share of the multi-billion estate left behind by his grandfather.

Nation reports that the 44-year-old is separately fighting for his late father’s wealth in a bitter succession tussle within the former president’s family. In both cases, Kibet claims that assets have been irregularly transferred in an alleged plan to disinherit him.

Kibet woes allegedly started after the death of his parents, who gave him a lot of support. His businesses started failing and he sunk into depression and alcoholism.

Towards the end of 2017, Kibet, who ate life with a big spoon and was a party animal, entered treatment for alcohol addiction.

He is said to have sold some of his belongings, including his vehicle, and relocated to Kawangware from the posh Lavington estate after running out of finances.

“He used to live in a huge apartment in Lavington, Nairobi, where he paid at least Sh200,000 monthly. He also drove a Toyota Land Cruiser V8 and ran a number of companies and businesses,” a friend told the publication. “He is currently jobless and is only trying to survive.”

Kibet schooled at the prestigious Greansteds International School in Nakuru and St Austin’s Academy in Nairobi before training as a pilot in the United States in 2000.

Last year, his estranged wife Gladys Jeruto sued him demanding support of Sh1 million per month for his two children aged 9 and 11.

By next 30yrs they will be beggars in Moi street with all that stolen money.

Tell the same thing to DP Ruto! Stolen things are cursed here on Earth and in Heaven! The thief is cursed too! It’s an abomination to steal!

Very well said. They are cursed to the third generation.

No Mūgīkūyū. You that wrong. The standard biblical punishment is upto the 4th generation. But for Moi, who caused so much pain, so many murders, defecated our resources and our economy, created havoc and instability to an extent making exiles and refugees in their country and abroad, the wrath of God will extend upto Mois 24th generation. And its not only Moi. Even all those KANU stalwart and criminals who praised him when he was doind all these including Biwotts, Joseph kamotho, kibors, pc mahihus, pc mathenges, chotara, kihonges, shariff nassirs, rutos, mudavadis, jirongos, bargetunys, kihika, ntimamas, tipis, angaine, koinanges, kaa ngumu kama Ngumo, njonjo, arap too, gideon moi, jonathan moi, jane moi, gov lee kinyanjui moi, mama Wanjiru Steel, kitonys, kosgeis, kones, labosos, kamangaras, kamandas, nyachaes, railas, etc. One of mois son is secretly in critical condition as i write this. Mugikuyu, your actions today will have a positive or negative impact not only to you, but also to those innocent souls you so much love. We are yet to see a series of such as years go by

Those who don’t know history are doomed to fail as a people! Learn your history not to make future mistakes!

It’s about time to stop WSR because it’s vitally important to stop thieves from taking leadership positions! We want a Kenya free of corruption, graft and theft! Rest kenya will be cursed for generations to come! Just look at Moi’s 2nd generation! Cursed to the core, rotten and confused!

All the present/past MPs,MCAs,senators,governors including muchawi Raila,Joho,Ngilu etc are thieves.I support Ma-Goat on his call that they be disqualified from any elected seat.But this can only happen after disposal of last appeal on conviction of integrity law offense.

The same Happen to the Jomo Kenyatta family if Uhuru Kenyatta had not become President of Kenya (to Protect and even Steal more): His family would be Broke in 30 yrs too.

Shindwe wewe Shetani! You should always wish others the best! Wewe Shetani! No wonder you are very poor in your state of mind!

The cause of being broke is mere laziness! No one taught this useless kid the value of hard work! You can hand him 1 Trillion shillings today but he will smoke gaja and burn it in smoke! No common sense in his little brains.

Real househelps of kawangware. Matope tu shida kawangware 46. All the best claiming part of 300b

You give him it all 300B he will steal end up poor! Too much dope have fried his thought process! He is now the poorest rich kid walking the face of the earth! Just like the prodigal son; only that the father is gone to receive him back! Ruto can give him some if his stolen wealth!

The guy is used to living on stolen things. He cant manage anything including his own life. The dirty rat should have moved to Kibera! Kawangware is a bit too classy for this loser!

Moi didn’t want to pass a stolen wealth to a damn useless guy! Don’t you think Moi to see through this loafer?

A trained pilot but Chagaa can allow him to sober up and fly planes! What a trash!?

Sounds like Kibet had it all but squandered it with fast cars and fast women. I believe he burned his bridges with the Moi family and now they can't stand him. Yule kijana wa Ruto alietusi Uhuru ni heri asome hii story because this can happen to him afte we vote his thieving dad out.

Stolen wealth has no roots to grow! Those who steal just squander in plenty! They never worked for the money they stole and so why should they skillfully manager the stolen money!? The next you hear about Kibet is possibly he will be dead on a Kawangware street corner! He is a useless drunkard! Bure kabisa!

A lot of rich sons have suffered from drug epidemic- odinga Castro, a son of Moi snr, kenyattas, etc. Drugs did irreversible damage. That's why Moi was anti drugs

Time he woke up and became a hawker or shoe shine boy.

He got to do something to survive! Maybe his senator uncle will bail him out!

A nice way of getting out of paying child support and gain public sympathy.
The MOI family are $ BILLIONAIRES, TUWACHISHE UJINGA.

Of course they are but now in arrested development....as tag of war continues

There are so many jobs in Gikomba and Marigiti. Tell the brother to go there and look for beba beba jobs.

And he could become a Pilot DJ in one of the local joints in Kawangware! He would dj for the crazy women of Kawangware! He has a good company over there!

Huyu guy is a big curse to the Moi larger family! He is making them look like retards!