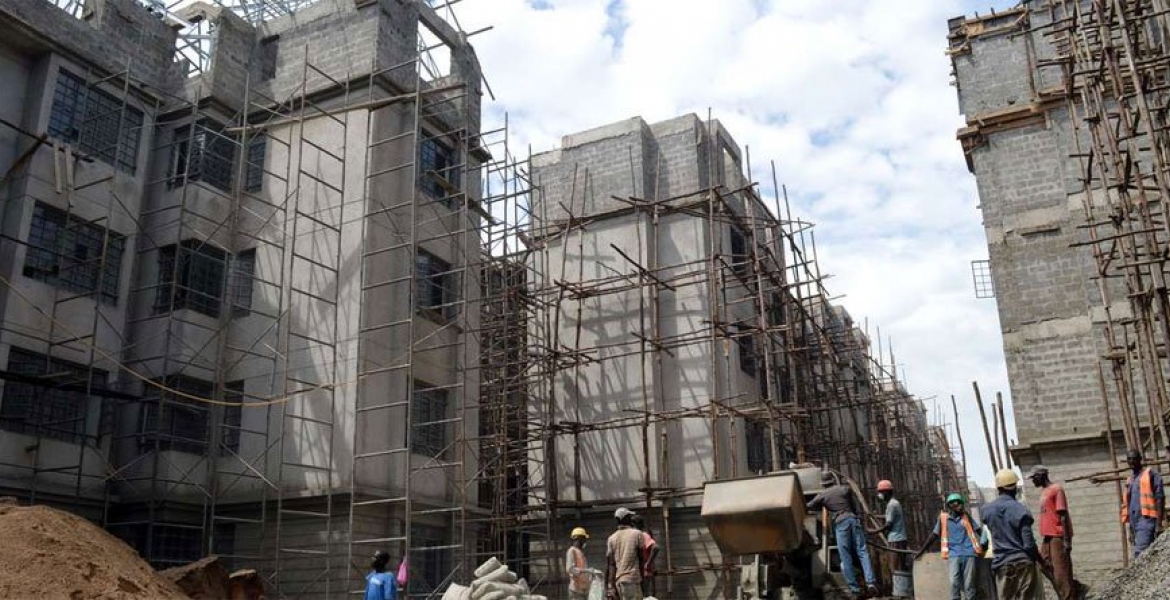 Nakuru Governor Lee Kinyanjui has announced that the construction of over 2,000 houses under the government’s affordable housing project will commence in Naivasha in February 2020.

The 2,400 housing units will be put up under a joint partnership between the Nakuru County government, the World Bank and the United Kingdom. Governor Kinyanjui indicated that the project targets Kenyans earning between KSh15,000 and KSh150,000 per month.

“Once the evaluation of the bidders is complete this month, we expect contractors to kick off construction works from February. The county government is working closely with the World Bank to ensure the project that targets workers earning between Sh15,000 and Sh150,000 is successful,” said Kinyanjui.

Several local and international companies have expressed interest in setting up shop at the proposed Naivasha Special Economic Zone (SEZ) that will be home to the Naivasha Industrial Park and the Inland Container Depot. As a result, the demand for housing in Naivasha is projected to rise and further increase the problem of house deficit in the town.

“With Naivasha hosting a multibillion-shilling flourishing horticultural sector, a booming hospitality industry, and fast-rising to a commercial hub in East Africa, obviously, the demand for housing is expected to shoot up.”

‘That is why we are speeding up the plans to ensure the appetite for housing for workers in the various companies that seek to set up shop is quenched. So far Nakuru is among counties in urgent need of affordable houses,” added Governor Kinyanjui.

The houses will be erected on a parcel of land that had been grabbed but reclaimed by the county government last year. The 55 acre-land is located along Nairobi-Nakuru highway near GK Prisons.

The World Bank picked Nakuru as the pioneer county for the realization of the ambitious government project that seeks to put up 500,000 cheap housing units by 2022. It explained that Nakuru had most of the critical infrastructure needed for the construction.

Nakuru is rated as one of the most attractive investor destinations with key projects underway or in the pipeline. Nakuru requires at least 10,000 housing units to meet the current demand, according to a 2016 report by the Kenya National Bureau of Statistics.

Keep the rest of us out of this.

Didn't you insinuate on a previous post that you shoved your Kenyan identity documents "where the sun don't shine"? Why the myriad of comments on a site and articles that have no bearing on your future?

Affordable. Nothing is ever ‘cheap’.

Ruto is watching. Either to steal or take credit coz he can't build a manyatta with his fellow thief Uhuru and their new recruit Raila.

I applaud the project,and its goal to carter to the less"rich". The county government is in partnership with UK,and the world bank on this.Which I have to assume are loans,and not grants since its not clear here.
My question is,where do our billionaires invest their money? Or are they quietly sitting in foreign banks?And, I am no questioning how they got their wealth,just that is the money in the country?