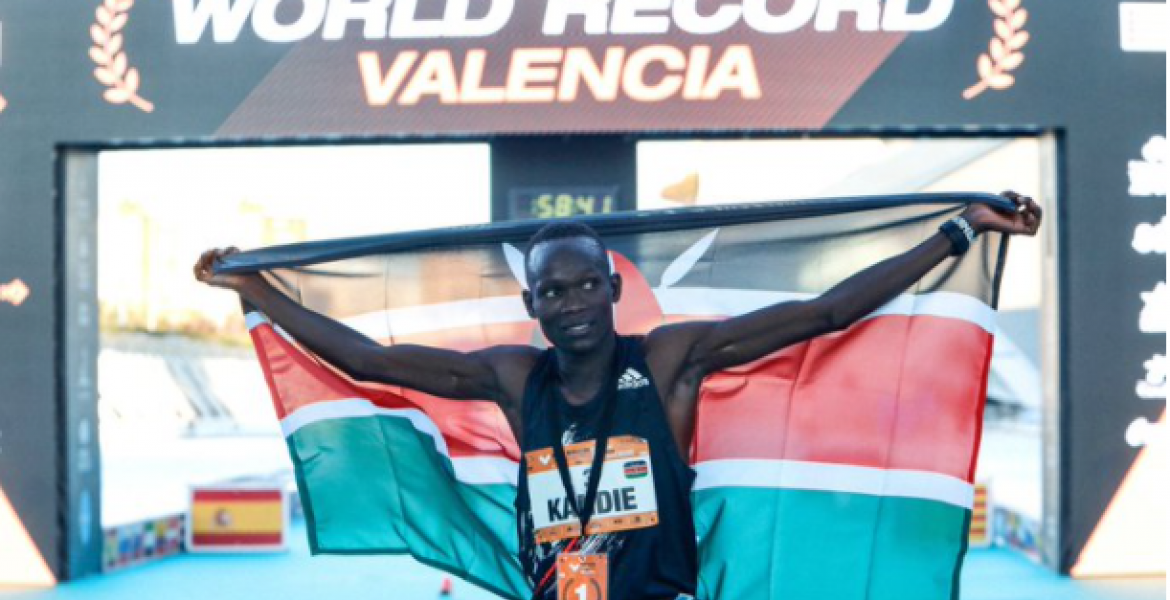 The 24-year-old set a new world record at the Valencia Half Marathon held on Sunday after clocking 57 minutes and 32 seconds.

He shed 29 seconds from the previous record of 58:01 set by Kenya’s Geoffrey Kamworor at the Copenhagen Half Marathon last year. The new world record is subject to World Athletics' usual ratification processes.

Kandie also made history by becoming the first person to run four sub-59 half-marathons in one year.

He finished in first place ahead of Jacob Kiplimo of Uganda who beat him to the title at the World Athletics Half Marathon Championships in Gdynia, Poland in October.

Kiplimo settled for silver after crossing the line in 57:37 while Kenya’s Rhonex Kipruto who made his debut came home third in 57:49.

If only our Mpigs did us equally proud,Kenya would be a paradise on Earth.
It's not only talent that out Kandie in this enviable status.You ask him,and he will tell you that the worked his ass off.
Anyway,what arace.The first 4 we're all under the previous world record.
Now let's see how Kenya shall show their appreciation.And I don't mean just clapping hands...