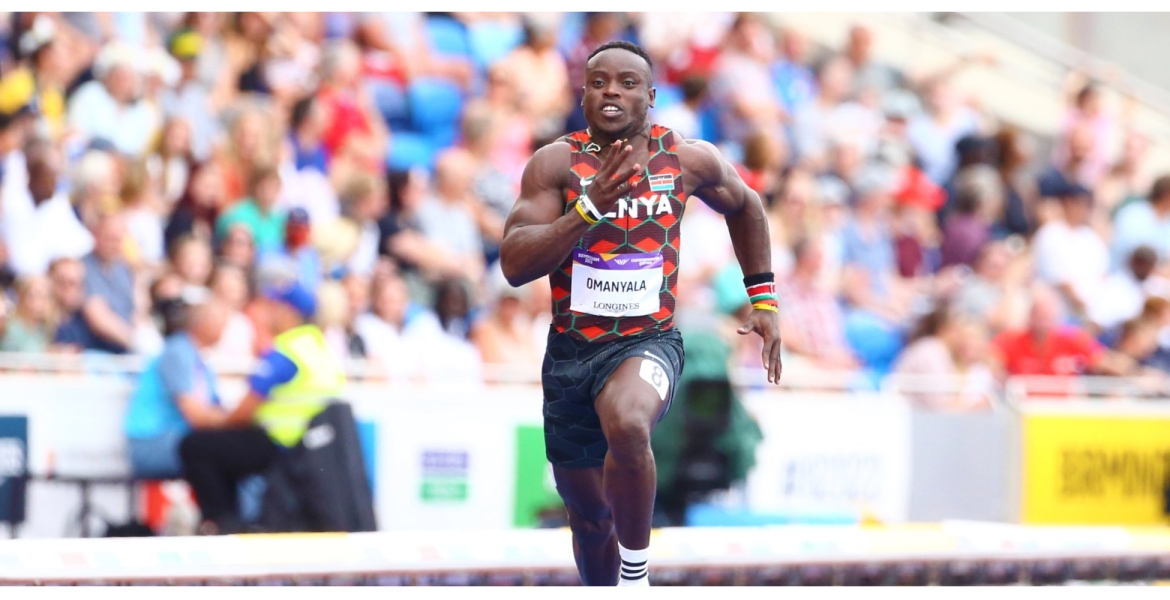 Through Twitter on Thursday, Sonko congratulated Omanyala for his achievement, saying that he will organize a grand reception for the speedster once he lands in the country, with 15 limousines picking him up at the airport.

The 26-year-old Africa’s fastest man clinched gold in the men’s 100m final in 10.02 seconds ahead of Akani Simbine of South Africa (10.13 seconds) and Sri Lankan Yupun Abeykoon, who settled bronze in 10.14 seconds.

President Kenyatta termed Omanyala's win as a groundbreaking achievement for Kenya, an athletics powerhouse that is not renown for prowess in short races.

"It was super exciting to watch Ferdinand win the 100m dash in style and earning our country her first gold medal in Birmingham. The win is a groundbreaking achievement not just for Ferdinand but for the whole of Kenya's athletics because he has excelled in a domain that's not traditionally ours," said Uhuru.

Omanyala’s win makes him the first Kenyan sprinter in 60 years to finish first in the men’s 100m at the event after Seraphino Antao in 1962 when the event was still run over 100 yards.

This guy is not government to tap money . He must still be doing that underground lucrative business and nobody can catch him

Politics a side, this is a good gesture coming from Sonko,when our young and upcoming athletes are being poached,and showered with "big money" to switch allegiance to other countries.
I watched this young talent Faith Cheroitich just obliterate her competition at the on going Under 20 world Championship games in Cali ,Columbia.The supposedly strong threat from Ethiopians and Ugandans was left half afield away;Such is her talent.She has rekindles my belief that Kenya despite the current rough patch ,she is going through, she will emerge on top of the world again in SC.But there is a caveat-.Only if the Arabs dont come with petro dollars to sway her allegiance.
As much as I revere in Sonko's benevolence, I would urge him to extend his largess to the rest of the team.And if that is not possible,I would suggest that he rewards our girls who performed superbly at the world championship games in Oregon,USA- notably Helen Obiri, Margaret Kipkemboi,and that young talent Beautrice Chebet.And of course the indomitable Faith Kipyegon.
The whole Team Kenya deserves a red carpet reception.They are putting their swear,pain,and less pay for the glory,and pride of our flag-,our nation.The least we can do for them is welcome them with both arms.
And please don't forget the coaching staff.Sometimes their work goes unrecognized,when an athlete gets all the accolades...
My only disappointment in team Kenya comes from the ungrateful,and selfish athletes who were Kicked out of the games for doping.This is a problem that Athletic Kenya does not seem to have a ahandle on,and its big shame.

Sell those limos and pay back Nairobi county for your theft maybe then their staff will be paid on time and they can stop harassing mama mbogas.Your outward display of wealth and affluence says a lot especially now when most people are literally going hungry because of high food prices .You have an embezzlement case to answer yet you continue to flaunt your “questionable wealth” with impunity

Money attracts money. As a medicine man Sonko should instead fund rehab for retired athletes who fell to drugs and liquor addiction. Rehab and pay debt you owe to society. Ex NFL guy went Crazy, cricket guy druggie and many others doing chang'aa in villages all over