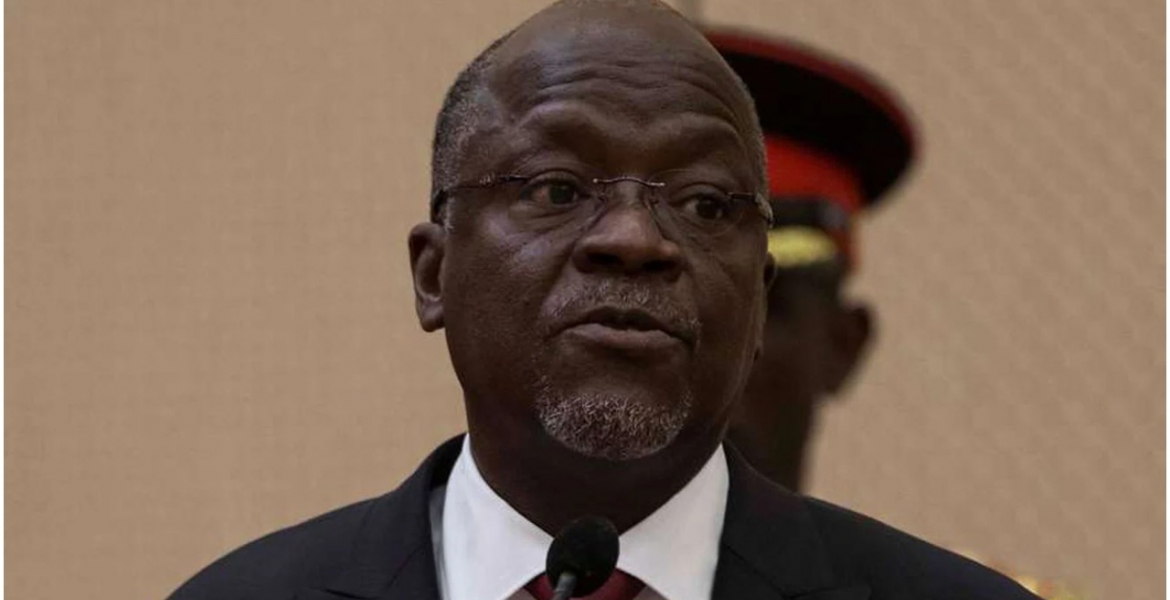 “The Man Who Declared Victory Over Corona “was transferred to India this afternoon.” Kenyans don’t want the embarrassment “if the worst happens in Kenya.” His COVID denialism in tatters, his prayer-over-science folly has turned into a deadly boomerang!” Lissu said through Twitter.

Magufuli was reportedly admitted at the Nairobi Hospital after contracting COVID-19, but the Tanzanian government has mum on his whereabouts despite concerns over his health status.

Sources told a local daily that Magufuli, who is on record denying the existence of COVID-19 in Tanzania, was flown to Nairobi on Monday after his condition deteriorated and was put on a ventilator.

Lissu, who failed in his bid to unseat Magufuli in the October 2020 presidential election, was among the first Tanzanian leaders to raise questions on Magufuli’s whereabouts.

“The president’s well-being is a matter of grave public concern,” Lissu said in a tweet Tuesday.

Magufuli, who regularly addresses public rallies and church congregants on Sundays, was last seen in public on February 24th.

Magufuli often advocated for prayers, steam therapy, and other traditional methods to tame the pandemic.

Magufuli has a doctorate in chemistry but he believes COVID-19 is a hoax.

He stole the election guess it Karma.

Karma, the bitch, wins all the time...

Mwakilishi, where is my comment?.
I said, did I, that karma the bitch seems to win all the the time.. and here's another slam dunk..

Justme calm down!😇 Your comment "Karma, the bitch, wins all the time..." is shown above.☝️

Mwakilishi, where is my comment?.
I said, did I, that karma the bitch seems to win all the the time.. and here's another slam dunk..

Why the secrecy?Sickness is nothing to be ashamed of.Could it really be possible that the Kenyan government does not know where Magafuli is?I bet if he were campaigning for vote we would all know where he is right now.

What will India do for him if he is gravely ill being closer or in this case right next to the AstraZeneca vaccine will not help.If it is your time to go just accept .Denying the existence of the vaccine in your country hiding behind prayers was pure madness.Now it is time to face the music whether you live or die you owe your country an explanation by virtue of you being their “commander in chief” in “sickness and in health”.

He denied Covid is real leading to deaths of many Tanzanians. Unfortunately Covid heard him and chased and caught up with him. Leaders should be wiser. God has put you there to lead people, not through lies, but by telling them the truth. Use the Human Resources under your charge to bring life. But, we have leaders today who are no better than morons.

Next time if he makes it he will never yap yap hakuna covid.He should pray hard to his Gods he makes it.Sorry some of us don’t give a damm.Fix the Tanzania healthcare system so u don’t have to flown overseas.Bure kabisa to this African leaders

God will heal him in Jesus name Amen!!!!!

Wacha Ujinga, Your Jesus did not heal the 2.6 million dead but he is going to heal Magafuli for his stupidity and denial of science?

I hear humans making such assertions all the time, but don't give a thought to its meaning. Why would Jesus heal Magufuli and let the hundreds of thousands who believe in him die of Covid-19?

Let us pray for his quick recovery so that he can let Tanzanians know that COVID-19 is not a hoax!

@ Wajohnson, when will prayers work?