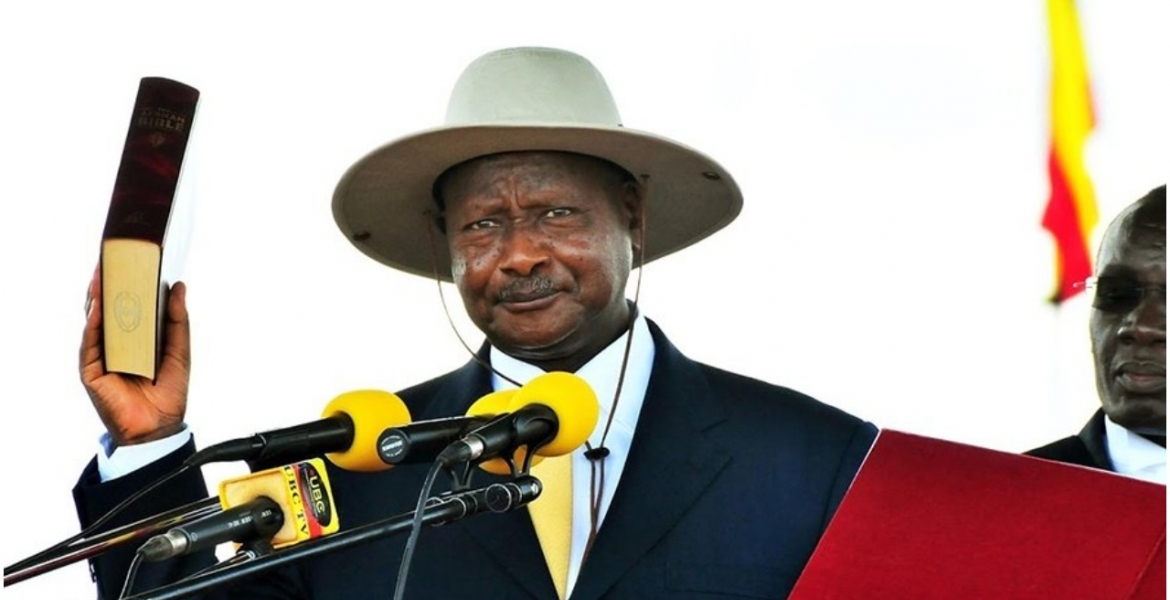 Ugandan President Yoweri Museveni was on Wednesday sworn in for a sixth term.

The 76-year-old took an oath of office in a ceremony held at Kololo Ceremonial Grounds in Kampala.

President Kenyatta was among African heads of state who attended the inauguration ceremony.

Museveni, who has been in power since 1986, was re-elected in January in an election marred by violence and alleged vote fraud.

He garnered 58.64 percent of the vote ahead of his main rival Robert Kyagulanyi, alias Bobi Wine, who got 34.83%.

Could that be why non african countries attended?

I can imagine conversation between Uhuru,and Museveni:

M7-- Ndugu yangu Uhuru, you are still young.Dont tell me that you dont want to stay at least 25 more year at the helm...

Uhuru--Kaka M7. Its not that I dont want to stay...I have been thinking about that lately.I love the power,and prestige,not to mention the state house,of which Iam renovating in to state of the art ...But that handshake with RAO cannot be ignored...

M7 hahaha,mtoto yangu, you are still very young and naive on african politics. You dont think Ugandans have no term limit? With the power bestowed upon me by the people,and solidified by the sword.I can change term limits any time I want.Usifate democracia ya wa beberu.

Only Corona or the sword will remove this dictator from power .Or if they are lucky Alzheimer’s but illness has never stopped most Africans from power

Very funny simulation of an otherwise illegal and morally repugnant "inauguration". Virtually all these prezos are puppets put in place to "lead" colonies that africans did not signup for. These colonial nations were designed to extract maximum value OUT of them and to keep the inhabitants pacified. Even after independence, they still pull their strings. Lets see -we speak their language, follow their laws and some even worship their progeny, while they assasinate, exploit and demean our true resources. That is why the African is not respected worldwide. Know your history and self. Never think you are a kenyan,ug,TZ,ET or whatever citizen. You are your tribal product (Over 10K years strong) and just living in occupied territory. This order will pass just like the Omani Arabs or Vascada Gama's portugal. We Africans have been around even before the wazungus left for europe.