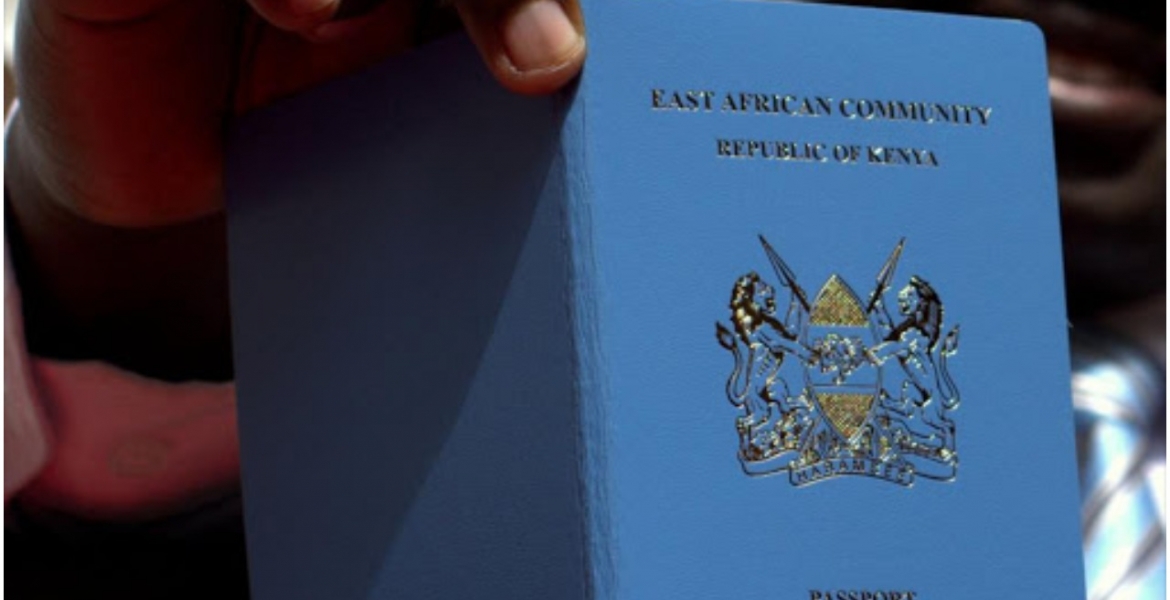 Kenya has been placed in position 72 in the latest rankings for the world's most powerful passports.

Once again, Japan topped the list in the latest Henley Passport Index, which ranks passports based on the number of countries travelers can visit without obtaining a visa or receiving one on arrival.

A Japanese passport offers visa-free or visa-on-arrival access to 193 destinations around the world.

Leading in the list of worst passports to hold is Afghanistan, which gives one access to only 26 destinations around the world.

In Africa, Seychelles has the most powerful passport, which gives a holder visa-free or visa-on-arrival access to 152 global destinations. Seychelles is ranked 27th globally.

South Africa, which is ranked in position 53 in the world, has the second most powerful passport on the continent with access to 103 destinations followed by Botswana, Namibia, Lesotho, eSwatini, Malawi, Kenya, Tanzania, and Tunisia.

A person holding a Kenyan passport can get visa-free or visa-on-arrival access to 72 destinations across the world.

Ok what does this toothless passport do in regard to fighting corruption? The passport is only powerful to the high and corrupt who have access to over 72 destination to go hide and spend the loot they illegally acquired from taxpayers! I will start applauding Kenya when it features among the top 10 least corrupt countries in the World. Until then, all this is hogwash!

@Tasfiri hii the title is very clear.It’s about Passport strength not corruption.The story is very clear or u want us to start yapping n lying to people about usa where u call heaven yet u guys r leaving a lie or slavery times dairy working like horses.Come on guys we need to b positive about our country.When good things r happening we give thumbs up when negative happens we comment n gives thumbs dwn but nit to b talking trash about your mother country yet 98% of your people wako kwa hii nchi munachukianga.If u hate kenya so much why don’t u bring all your people to United state of Gormolla wakaange huko

@Mkenya halisi, the title remind us the frustrations we all went through applying this passport.There are many stories out there where passport applicants had to bribe immigration officials in Nyayo house to get that document processed out. That is a fraud! a form of Corruption to get ahead of others in the line.
I suppose we need to iron out that corruption at the door step of immigration before yapping how powerful the passport is. Kenyans are tax payers just like other citizens of developed countries...the likes of which you mentioned yourself. We all deserve good quality service from the people who work for the Govt.

It is you calling US heaven. We are in US because of corruption in Kenya. It seemce you also benefit in corrupt money thats why you support the corrupt administration. Look at the Auditor General report it will tell that Kenya is governed by bandits of thieves. You only see people in US as slaves and those in Arab countries what do you call them? Stop yupping. By the way do you know much do we remitt home interms of foreign exchange? With our slavery as you call it Kenya economy depend on us too. Wake up and fight corruption !!

No one is traveling during Covid and soon all countries worth visiting will require a Covid free certificate thus having a powerful passport will no longer guarantee stress free travel .This article also assumes that without a visa entry is almost guaranteed which is not the case people have been refused entry even with proper documentation something they do not tell you when applying to visit/travel

How does the passport being ranked 8th or 1st make me happy?How many households did the 8th position feed in hunger stricken counties of Porkot,Turkana and Tana River?Or did the position return to billionaire Kenyans the shs 200b EUROBOND+shs 78b COVID loan plus shs 140b Canadian loan which Uhuru & Co.looted?The guy from Kwa Mbira believes the passport will resurrect the 1300 terrorist Raila cannibalized 13 years ago.SAHAU.

Wooieee I pity we the blacks brainwashed idiots Africans who love n worship the west than the mother Africa we come from.If the title was talking about UK/USA strongest pp I know many of us will b singing hallelujah but anything positive from Africa we will attack it to the knee.No wonder we still worshipping pope/Mary n Jesus of Nazareth all white people. Having left our African Gods..