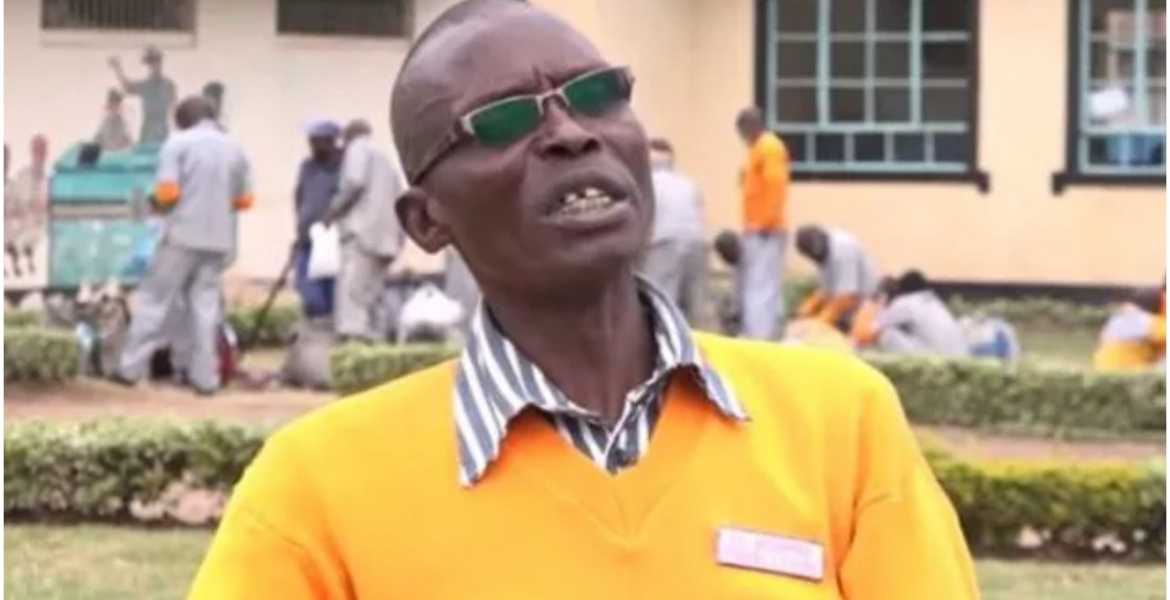 A highly learned Kenyan neurosurgeon serving a life sentence has narrated how he ended up behind bars.

Dr. Clement Munyao was handed a life sentence after he was found guilty of the murder of Moses Gituma, a brother to former Commissioner of Police Mathew Iteere.

Speaking to a local TV station at Kamiti Maximum Security Prison, Munyao said he landed in trouble after purchasing a second-hand phone for his daughter from a mortuary attendant at Kenyatta National Hospital where he also worked.

His daughter, who was then a student at Moi University, left for school and later gave the phone to her boyfriend. Police officers tracked him down and arrested him in possession of the phone belonging to Gituma, a Central Bank of Kenya employee.

Upon interrogation, the boyfriend said the phone belonged to his girlfriend, who was also arrested and led the officers to his father in Nairobi. Dr. Munyao told the detectives that he purchased the phone from a mortician who he knew.

Munyao was charged with the murder of Gituma and in 2009, he was sentenced to 30 years in jail after failing to prove his innocence. He appealed the sentence but was subsequently sentenced to death.

During the interview, Dr. Munyao said he feels he has lost a lot while in jail although he still practices attending to fellow convicts.

Munyao, who is also a paralegal at Kamiti, says he never lets his inmate status interfere with his daily operations at the prison.

“Being in the paralegal aids me to practice medicine,” he said.

OMG. If this story is true, Kenya needs to look at itself with a critical eye...it used to be delayed justice, then this. Either there are details that have been left out or our judicial system is in the morgue...dead and stinking. God have mercy!

Well! Cheap stuff is very expensive sometimes! He couldn’t not prove that he did not have anything to do with the murder. Why did he buy a phone from the mortician without inquiring where the guy got the cheap phone?

..more details pls....seems like you know what led to the verdict...
-so why did the mortician, the thief and seller, get off the hook?
We need more details....fill us in ..

That sounds like the title of a book "the mortician, the thief and a dead man". Andika

This story does not make any sense at all.

I thought one is innocent until proven guilty. The whole story is not adding up.

If he failed to prove his innocence,does it mean the state proved him guilty? Hard to believe his story,which goes something like,"if you are found with a deadman's property you are guilty of murder".With scanty information on the case,it's hard to go one way or the other.But for now,he is at least letting prisoners benefit for his skills,thus sharpening them,just in case he ever gets out.

@ndungu(Maxiley) - something is not adding up in this case! Could he have medically retired his patient so he could have the phone? We don’t have the full details here to fully understand what went on!

@ Muthoni.. medically retiring a patient would require more than just the benefit of a phone.And yes, there is more we dont know.There is his story,and the prosecution side.Both are scanty.

The forces of Commissioner of Police Mathew Iteere

The forces of Commissioner of Police Mathew Iteere

Clement Munyao, is just a TIP of the iceberg.
Mathew Iteere was a very powerful individual, so common sense dictates that Munyao was just a way of closing the case.
Hopefully Ma'am KOOME will be looking at these cases and at least making right where justice was denied.

If indeed this is true, then, it’s a travesty and unjust!

Doesnt add up:
Why is a neurosurgeon buying a second hand mobile?
Why didn't they go after the morgue attendant?

@cents - Maybe the morgue attended told the real truth regarding the doctor’s actions in the death of the patient with an intent fir the doctor to have an expensive phone.

Because Kenyans never met a deal they could pass up despite that adage if it sounds too good to be true, it probably is.

Pure lies. The story does not have miguu or mikono. The mortuary attendant could have stolen the phone from the body that was brought to the mortuary. He had to prove that.

Stealing from the dead is wrong. Buying stolen property is wrong. But the punishment does not fit the crime.

Yep. All you say is true. And why the real thief, mortician, was let go is still a puzzle. Half-baked story it is.

it is sad ,but i think they would tell us too where is the story of the person who sell it to him ?was he arrested or aliruka case

Maybe a group within the legal fraternity of advocates in Kenya needs to initiate an innocence project to help those that have been wrongfully accused to find exoneration or just pardon.

YOUR EXCELLENCY,HON.MARTHA KOOME,we trusted you with a double barreled gun as the top state legal custodian,draw the arsenal ,call the police guys with the file and they should prove to you that the doctor pulled the trigger.!shoot down the error/tendencies of shoddy investigations and malice/smears.GOd has hidden you in his palm since eighties.He is proud of you and the devil is prodding him to see what GOD'S daughter will do.A word is enough for the wise.