You Will Burn in Hell, CS Moses Kuria Tells Critics of GMO Maize 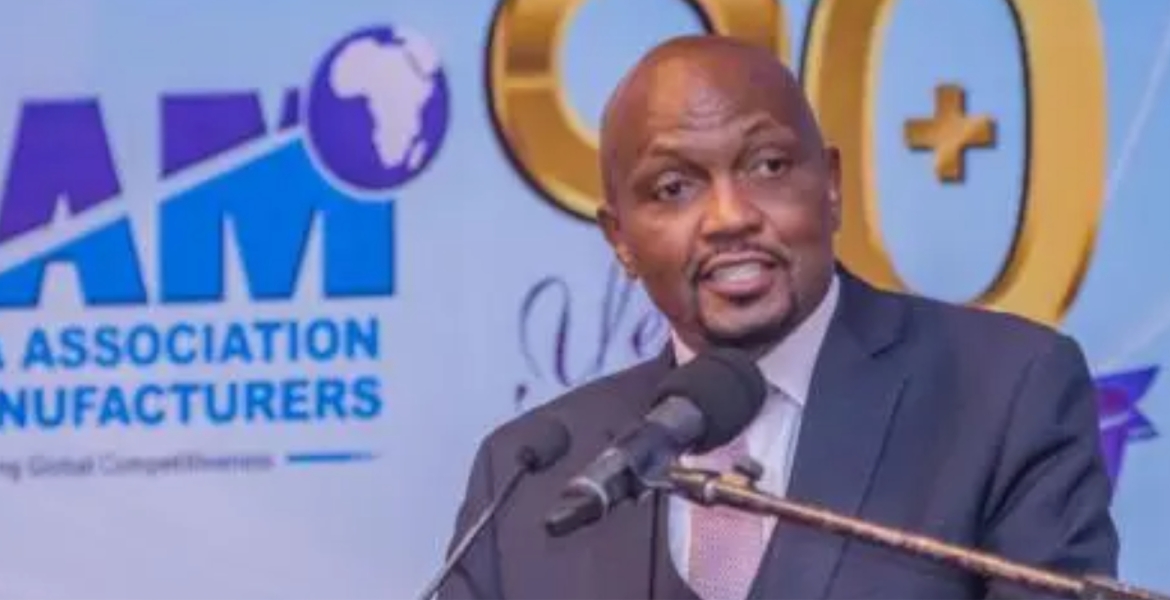 Trade and Industry Cabinet Secretary Moses Kuria has told off Kenyans who castigated him over his remarks on the government’s move to authorize the importation of Genetically Modified (GMO) maize.

Insisting that the government will not backtrack on its decision to allow the import of GMO maize to mitigate the effects of hunger, Kuria termed his critics as rich idlers.

"It is completely callous for rich idlers and Twitterati with a bowl of pizza and fish fingers to continue attacking our GMO policy while Hustlers are dying of hunger and poisoned donkey meat. You will burn in hell," Kuria wrote on Twitter.

The cabinet secretary came under sharp criticism on Friday after stating that there is no harm in adding GMO maize to the list of the things that can kill Kenyans, saying that living in Kenya makes one a candidate for death.

“We have two deliberate steps. One is that we have so many things that can kill us in this country. Living in this country you are a candidate for death. That’s why we have deliberately decided to allow GMOs into this country,” he said during a meeting with small traders at Strathmore Business School.

He said the decision to allow the importation of duty-free GMO maize was because the country is experiencing a dire food shortage due to the ongoing drought.

“I know this will offend some people, from the GMO opponents and importers, but I will do this [import GMO maize] and will do it as a government. Even if we will lose some votes here and there, at least we will see the Kingdom of Heaven,” he added.

Kuria: Your language is vulgar. Speak like a respectable man and not like a village boy. When you speak, we hear and smell vomit. Shame on you!

The same Kuria who Said recently that "We Are Adding GMOs to the List of Things That Can Kill You, CS Moses Kuria Tells Kenyans"??? Let him🤪 and GachaRuto😎😁 burn in hell Themselves.

And Kuria’s burned fresh can easily be smelt from his Gatundu home to the hell holes of Satan. Kuria is one useless idiot if you ask me.

To me He is a Very uneEducated Fool.

Kuria needs to be fired like yesterday. He is a shame to the whole continent. Kuria after eating CDF now you want to kill Kenyan with GMO. How much money are you going to get out of this? Have you forgotten God gave you another chance after burning yourself with that expensive blanket?

That's what happens when you appoint sycophants who have no idea how to run a ministry. Moses kuria deserve to be a mere mp and nothing beyond that.
I strongly believe we can feed ourselves. In some counties food is rotting in farms due to lack of market while others are dying of hunger. In riftvalley they are harvesting maize now.

Kuria I like the way you hit the nail on the head.Just because the likes of Migunax2, have issues with western world for the red alert, does not mean they should oppose GMO. Miguna's big tummy is full of GMO ugali made in Toronto. He is not dead or dying. Even Bill Gates, and 99.9999% of Americans and Canadians eat GMO 24/7, and they are not dying. Ujinga tuache. Import GMO maize, rice,beans for the poor who care less what the opponents say.Way to go Kuria
I know a few fools in Diaspora will call me names but they are also now munching GMO burgers as they do what they do to bring the $40+ billion they did last month.

GMO or not, Kenyan Govt should first buy food from local farmers (and African farmers). We are not Canada or US who are at the mercy of winters & cannot grow food year round, GMO is for them.

You hit the nail on the head. We need to import GMO rice, beans, and maize. Let’s feed Kenyans and stop politicizing. Nothing happens I will be the first one to eat GMO food

Idiot! Foolishness of the highest order while reasoning like a she dog on heat.

Rift Valley farmers are harvesting the maize now why can't you buy from them? This sound very fishy. A mega scandal is cooking.

They expected people to accept with questions?

Kuria's feet have already been burnt in hell so he knows how bitter living with the Devil is like. As a matter of fact Kuria is the first cousin to the Lucifer. That is the realm from which the demonic Kuria operates.

Conish, but Americans have been dying in large numbers due to COVID-19, probably after eating GMO mixed vegetables and pizza.