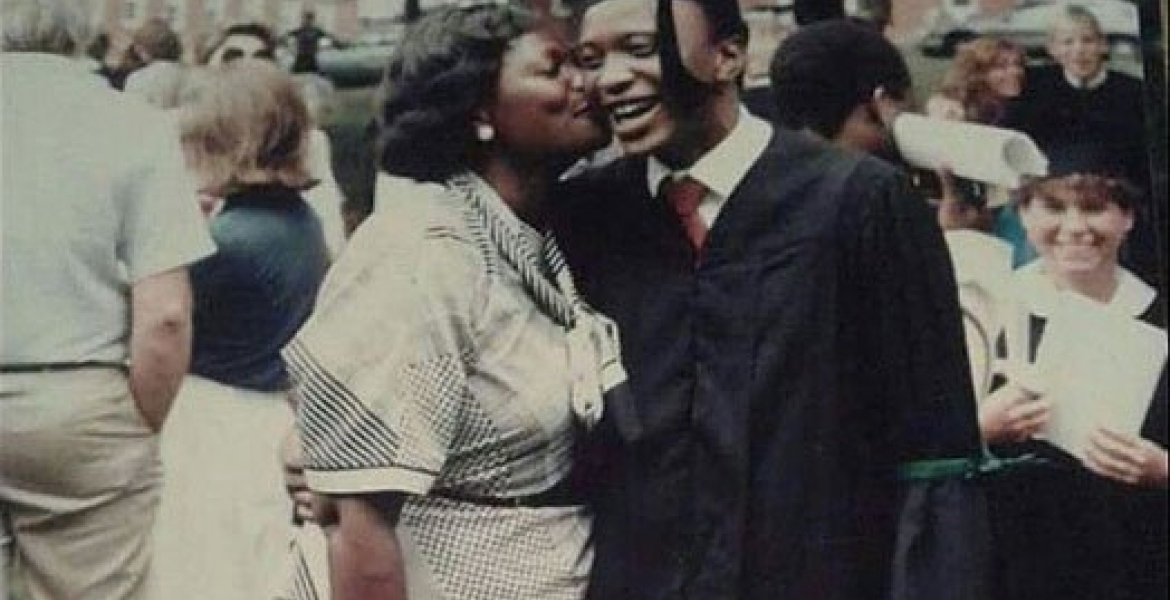 A photo has surfaced online of Uhuru Kenyatta on his graduation day in 1985 at Amherst College in Massachusetts, USA. The photo, probably meant as further proof that the president received an undergraduate degree show Uhuru in his graduation regalia receiving a peck on the check from his mother, Mama Ngina Kenyatta.

Queries on the president’s academic qualifications was started earlier in the week by supporters of Mombasa Governor Hassan Joho, who is facing a probe on whether he used forged a KCSE result slip to gain admission to the University of Nairobi.

Kenyans’ queries on Uhuru’s credentials prompted Amherst College to respond on Twitter that Uhuru is indeed one of its graduates, having received an undergraduate degree in Economics and Political Science.

The college however refused to release any evidence of Uhuru’s graduation such as photos and transcripts, saying it does not provide personal information like grades of its current of former students (READ: US College Confirms President Kenyatta Graduated from the Institution, Following Queries from Kenyans on Twitter)

I knew his attitude came right from home..... nice mommy-son photo. I like the way he 'handles' his wife in public.... something most Kenyan guys don't have.....he should thank his mommy..... just saying...