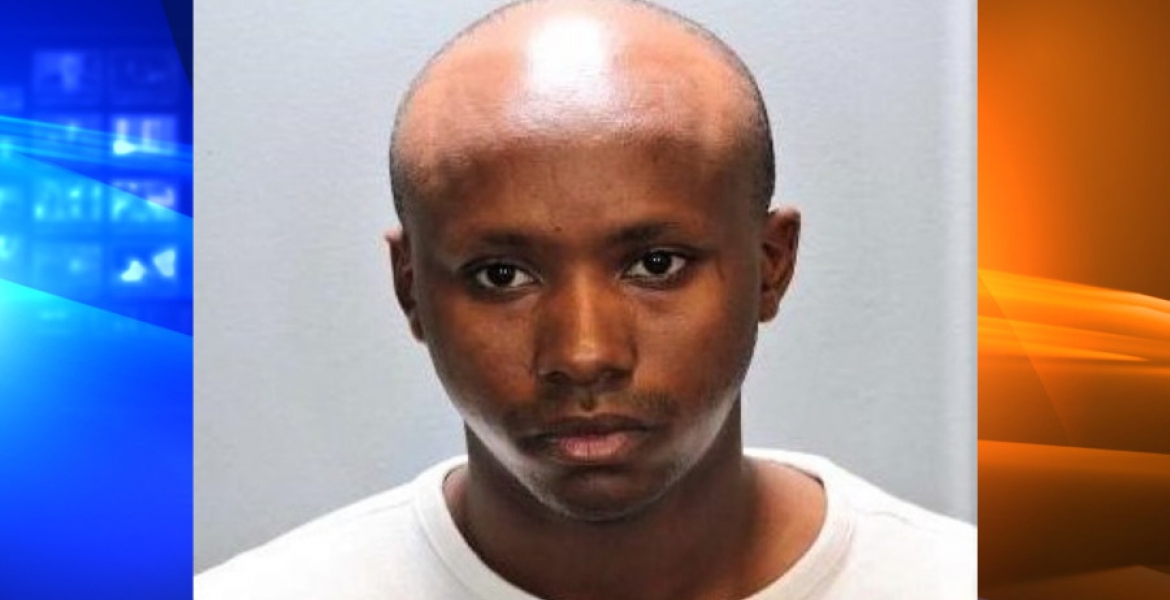 A 28-year-old Kenyan man has been arrested in California following a hit-and-run collision that led to the death of a 74-year-old Newport Beach resident.

Stewart Leacky Waithanji, who has a long history of drunk driving, was driving with a female passenger when he collided with another vehicle on Newport Boulevard on Saturday.

The driver of that vehicle identified by the Orange County district attorney’s office as Richard Frost, 74, succumbed to the injuries sustained during the crash.

Waithanji, a resident of Costa Mesa, is facing one count of felony murder, two felony charges of driving under the influence of alcohol, and two misdemeanor charges related to property damage caused during the collision.

In a criminal complaint filed on Tuesday, prosecutors noted that in a period of 10 years, Waithanji had committed three separate violations of willful or wanton disregard for people’s safety.

Court records by the state of Iowa show three past convictions for first, second, and third-degree DUI offenses committed in January and May of 2016 and November 2017 respectively.

“A 74-year-old man was left for dead in the middle of the street, tossed aside as if he never mattered, because of the selfish decision of a stranger to get behind the wheel while intoxicated,” Orange County District Attorney Todd Spitzer said in a statement on Tuesday.

“His life may not have mattered to the driver who left him for dead, but it matters to me and it matters to the Orange County District Attorney’s Office. And we will fight for justice for him and everyone who loved him.”

Waithanji, whose occupation is listed as “server,” is being held at Intake Release Center in Santa Ana on $1 million bail.

RIP. Kimeumana, you will not touch alcohol for a very long time to learn a lesson.

It's a Big mistake to Hit and Run. You hit, you stop to render Help.

Murder? That is manslaughter. Where are good lawyers?

@ Seneca, if he was given what is called "watson advisement" and signed, which essentially states that he acknowledges driving under the influence impairs him,and its dangerous to the public,he can be charged with murder.And having been in that kind of trouble before, the probably knew what would happen when charged with DUI.
This is very serious stuff. This means that he could go to jail for life. It would be interesting to hear the mitigating circumstances in his defense,even with the best lawyers.Remember the prosecution wants to win as well.

A lesson well learned! He left muratina in Kenya to come to USA for a bud! Terrible accident for the dead but this drunk will never drive drunk again!

It’s murder because he left him to die.... There was intention. What did he expect to happen if the man did not get help as soon as he needed it?. Death was force able and he did nothing to prevent it.

Why are our fellow Kenyans so judgemental? When we are under pressure or fight and flight, we don’t think logically.. maybe the hit and run...

@Ken, did you take the DL test? One of the question must be "What do you do after you are involved in an accident?"

@ken is still living a corrupt and bankrupted Kenyan mentality!

@ken, you go drink and drive and then cause a fatal accident and you will understand why Kenyans are judgmental at your stupid actions!

May the Good Lord help our young men, overseas and local, to deal head on with those deeper issues that drive them to booze and other behavioral issues. If only they can seek help and/or talk it out. God have mercy.

You think the devil is winning? God gave them brains.Dont tell me that this fellow did not know driving under the influence is against the law. He chose to do it anyway,despite many way he could have gotten aride to whereever he was going. Talking of God that do you say of the man he killed.Did God want him dead? Remove God from this equation.

Alcohol and a pretty mama in the car caused him to loose the tread of normal thinking! Now he is gonna spend the rest i on f his earthly life in jail in America.

I sympathize, he could be my son. I wish he could have gotten help before this happened.

They say he is a regular drunkard who stays in the wheel! At some point your “son” has to grow up but at this time he will grown up in jail.

How old are you @kale to have a notorious 28 year old son!? You must be double his age or more if I can assume that! Ya! Your little drunk boy is heading to jail for a long time! How sad!

I have no sympathy for him. Young man clearly never learned his lesson. You can drink all you want but get an Uber or ask a friend to drive you. Someone lost a father,husband,son,brother,uncle because of this fool. Let’s hope he’ll use his time in jail wisely. Time will be his best friend.

Me too! You have no sympathy for a drunkard fool who kills other...

Alcohol can be very dangerous. Especially liquor. Especially on an empty stomach. Alcohol can be disgusting to some of us even to just the mention of it. Nothing good comes of alcohol. It is so addictive, it clouds one's judgment. Down with alcohol. How can some people drink responsibly yet they are addicted. It is like a loaded gun accidents are bound to happen sometimes.

If someone decide to drink and drive I really don’t have any sympathy. Drunk people rarely take any logical advise from anyone. I have lots of friends who have this habit. One guy has destroyed two vehicles while driving drunk. To make the matters worse he is in health care. He is constantly risking his life, other innocent people and his professional license. Alcohol is doing so much damage to our people it should be taken very serious. Driving and alcohol do no mix.

If people just take medical weed all these issues will vanish

The brother kinda deserves what is coming to him. Prosecutors are also on overkill here and it is racially biased. We get it, he is a repeat offender. But why didn't the govt give him a personal sheriff or take his license away?

Piling charges high will not rise the dead.