US Overtakes Uganda to Become the Largest Market for Kenyan Goods 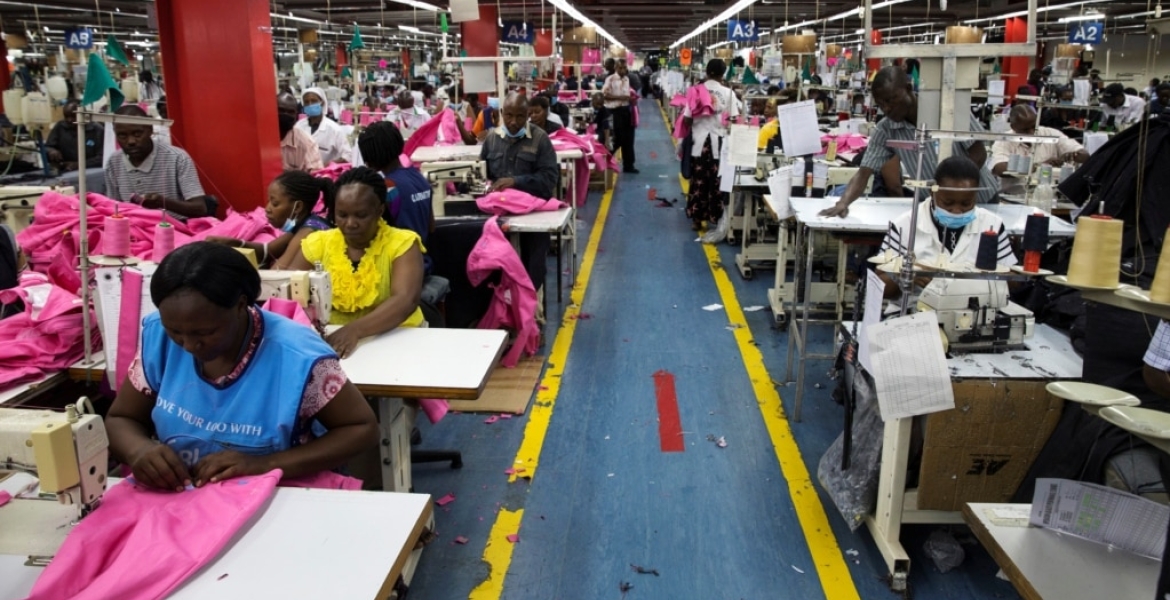 The United States has overtaken Uganda to become the largest market for Kenyan goods, according to a report by Business Daily.

Citing official data, the publication reported that Kenya’s exports to the US grew by 47 percent to Sh38.8 billion in the first half of the year, ending Uganda’s 10-year dominance as the leading export destination for Kenya-made goods.

In the period under review, Ugandan consumers bought Sh36.2 billion worth of Kenyan goods down from Sh36.3 billion in the same period last year.

Kenya and the US are currently in negotiations for a fully-fledged free trade agreement (FTA) that will serve as a benchmark for future trade engagements between the US and other African countries.

Kenya is keen to ink a trade deal with the US ahead of the expiry of the Africa Growth and Opportunity Act (Agoa) in 2025. AGOA gives Kenya and 40 other sub-Saharan African countries duty-free access to the US market for over 6,000 products.

The country exported Sh59.6 billion worth of goods to the US in 2021, mainly apparel, macadamia nuts, coffee, tea and titanium ores, according to the Congressional Research Service.

On the flip side, the US exported goods valued at Sh84 billion last year, with aircraft, plastics, machinery and wheat among the biggest categories.

Pakistan, which imported Sh31.3 billion worth of goods, is the third biggest market for Kenyan goods after Uganda followed by the Netherlands (Sh29.7 billion) and the United Kingdom (Sh23.7 billion.)

Do they count pineapple from Del Monte Foods as export? I hope they do not consider it like Kaliningrad -Russia route.

Reading a story like this makes me wonder where we would be now in the development index if the colonialists had come with that cooperative mentality.That is instead of grabbing african resources ,they would have created affair trade,and exchange of technology,and knowledge for mutual benefits. You now can understand why reparations are warranted.

@maxiley - We need to move forward, colonialism ended 50-plus years ago. Looking forward is essential, we know the mistakes we have made, remedy those and move on. I just don't like the mentality always going to the default of wrongs done to black people be it colonialism or slavery, that hampers progress. It's time to strategize and work towards getting our sit at the table. It is 2022.

@formerly guest 2, wewe wacha zacho. The United Kingdom does not have even one gold mine but the have 310 tonnes of gold reserves. The looted all that from Ghana. UK does not have even one tea bush but they have English tea. They got all that tea from Kenya.
Queen Elizabeth 2 crown has a diamond stolen from South Africa "The Great Star of Africa" worth $400 million and another stolen from India "Koh-i-Noor". They need to return all what they stole from Africa. Our ancestors need a proper burial but not to be kept in jars in UK.

Right on point comrade.
Think about how much was stolen initially, plus what they are still reaping today. Their wealth is ours, period. Let me take you back some years back. The British government was BROKE, until they started slave trade, free labour, and massive milking in their colonies in Africa. The royal family is part and puzzle of the equation. Their wealth needs to be divided amongst the colonies.

It is a pity that some Kenyans/Africans only complain how westerners stole and continue stealing from (them)Africans.I always fail to understand why they think their tribal gods have impunity to steal and terrorize them.You hear them talking about colonial exploration but none says anything about Njuguna,the CBK governor’s revelation of Uhuru & Co looting of more than one trillion from Kenyans.Why can’t they suggest FIRING SQUAD for jambazi Ngina and her children instead of speaking about muzungu who has given them a chance to work as there is none at home?