Miguna Miguna Notifies Gov't of His Return to Kenya, Demands an Air Ticket from Toronto to Nairobi 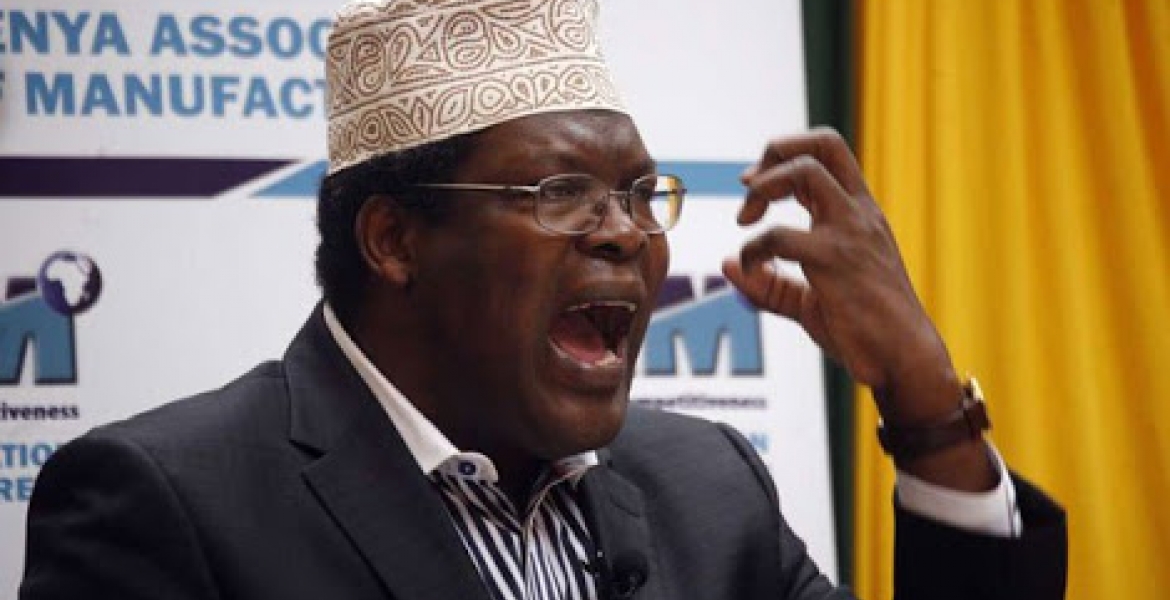 Deported National Resistance Movement (NRM) self-declared general Miguna Miguna has notified the government of his return to the country, scheduled for March 26th.

Through his lawyer Nelson Havi, Miguna has written to the Interior Ministry asking it to ensure that he is granted a safe re-entry to the country as directed by the High Court and Court of Appeal.

Last month, High Court directed the Immigration department to issue the lawyer with a passport to enable him reenter the country.

In the letter, Havi also asked the state to issue his client with a Kenyan Passport by depositing it at the Canadian embassy in Nairobi.

"They should also purchase and forward to him air ticket from Toronto Canada to Nairobi," Havi said.

"You must also confirm to us three days in writing that Miguna will not be detained and that he will be granted unrestricted access to Kenya," Havi added.

In his ruling, High Court Justice Chacha Mwita noted that should the state fail to comply with the directive, Miguna is free to use his Canadian passport to return to the country.

"Issue him with the travel documents and he should be allowed to Kenya on a day he chooses and to remain within the country until his petition is heard and determined," he said.

Miguna has turned to a panhandler. Shame on him. He can work in Walmart and get money to buy an air ticket in 2 weeks. Tabia ya kuomba omba sio nzuri

The US ,UK and Kenya government need to pay for your air-ticket, you door and all your expenditures, Miguna Miguna.

The US,UK and their allies only agree to change after Kenyans are killed.These countries have been dancing on the graves of Kenyans for a long time.

Each vote must count.

Uhuru Kenyatta is not my President.

Ya,Uhuru should also pack your bags and get you a cab to Toronto airport. He will check in those bags for you while you run your big mouth, fly by magic to Nairobi where he will be waiting for you with Uber ready to take you to Runda. In Runda he will serve you nicely cooked kamongo and Ugali, pull back the sheets on your bed so you can have a restful sleep. Keep on dreaming Miguna.

why are we common mwananchi taken for granted?, just the other day this miguna juguna was soliciting money to buy air ticket and now he is asking goverment to pay for it? what abaout what they contributed for you? i hope they give you a good deal when you get there,, Raila got his share and now he is set and ready to retire or replace uhuru

Where are the NRM foot soldiers here, you brother needs cash ,paypal him tafadhali

Any lawyer who cannot pay for air ticket for himself is not worth the salt. How/ what about claiming re-imbursement when you arrive? dumb ass

Sorry but they will no let you back in. And for the air ticket, you are doomed.

The President he swore in should foot the bill now he is out of the dog house!

Its was illegal what happened to u