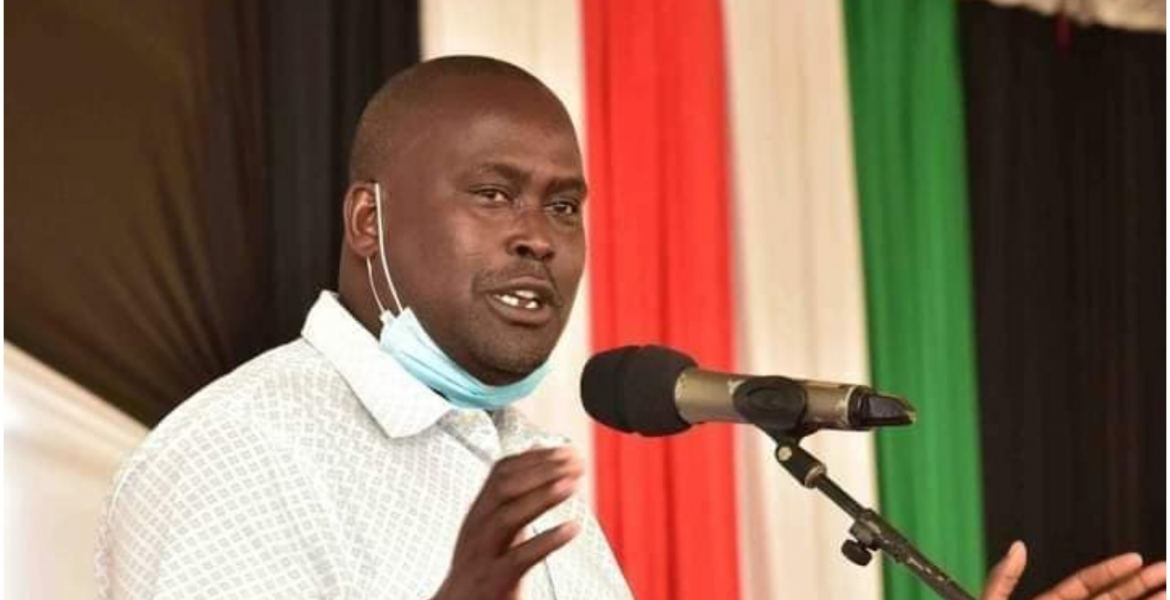 A new Bill seeking to block Kenyan dual citizenship holders from being appointed to diplomatic positions has been tabled in parliament.

The Foreign Service Bill, 2021, which is sponsored by Kajiado South MP Katoo Ole Metito, is awaiting the First Reading in the National Assembly.

If approved, dual citizens will be ineligible for appointment as high commissioners, ambassadors, diplomatic and consular representatives.

It states that a person nominated by the president to such positions shall not be citizens of another country during the period of their appointment.

The Bill further requires career diplomats to have served within the Foreign Affairs Ministry for a minimum of 10 years, and where one is not a career diplomat, they will be required to have at least 10 years experience in public affairs or be suited for training.

“The objective of the bill is to provide for establishment, management, administration, accountability, and functioning of a professional foreign service,” Metito says in Bill's memorandum.

Metito further proposes that envoys of any rank serve for a term of four years but can be reappointed by the president in line with the previous approval by the National Assembly.

“The reappointment of a high commissioner, ambassador, diplomatic or consular representative shall not require the approval of the National Assembly,” the Bill states.

The Bill also proposes the creation of a Foreign Service Academy to undertake training and programs aimed at enhancing the skills, capacity, and professionalism of officers in the service.

The Bill follows the controversial appointment of Kenyan-American Mwende Mwinzi as Kenya’s ambassador to South Korea.

MPs insisted that Mwende must relinquish her US citizenship before taking up the role, citing section 31(1) of the Leadership and Integrity Act, which bars persons with dual citizenship from holding State offices unless they renounce one.

But the High Court ruled that Mwende cannot be forced to renounce her US citizenship, with Justice James Makau noting that an ambassador is not a State officer, but a public officer.

Mwende assumed the position in February this year, nearly two years after her nomination by President Kenyatta. MPs maintain her appointment was irregular.

The bill is targeting mail diaspora.That's why we need a representative in the parliament. Obviously this bill is not looking for the best candidate for the Job.

Those hired in Kenya are only the well connected with some dynasty tag attached to their face! Being qualified is just a thing of the past! The diplomats are from The Who is who of Kenya! It is all about the animal farm where some animals are more equal than others! So they think!

Thou I returned my usa citizenship I support the bill.U cannot runaway from your so called Hell country move to majuu become a citizen there then u want to be given opportunities to hold big jobs after kinda returning home.Drop yr other foreign pp then u can be eligible for that Kenyan job hapa mtaani.Thou our law is very clear on that I don’t understand why this mpigs r introduced this bill again.Watu wakae makwao kama wanataka majobs zingine.Actually dual citizens shouldn’t hold any job in their main country Hata kama ni ya lecturer??

The folks at the helm in kenya are hidden dual citizens.lol

Do tell!! How difficult was the renunciation. After you paid your citizenship renunciation fee what was your exit tax since you have told us you are a man of means? Which consulate conducted your final interview? Don't bother with that line of keeping your residency (that is not a thing) you have to reapply once you renounce.

You can take all those jobs and shove them in your asshole! Wivu Kama Shetani kwenda wazimu!

i second the notion.

BUT THEY WANT OUR $$$ STOP sending money to Kenya as a protest ! what is the problem ? some of us are citizens of both by birth right

Them sons of bitches are so quick to publicize here the billions of shillings we are sending home but now we can’t get some of the jobs? Wait a minute? Do I really need to be a citizen of a country full of thieves? I don’t think so! Keep you freaking jobs! Nonsense!

Competent, caring Kenya embassy staff abroad are a rare breed. In fact it might be better to have a person in charge who has experienced the embassies first hand and who does not have the reflexive hate for diaspora Kenyans some commentators here have always shown. All these MP types want is our money. They really don't give a rat's ass about service, skills, professionalism or any of that crap in the bill.

No wonder whenever you visit the kenya embassy in the US all you find there are just ngombe with some arrogance from hell simply because they work in America! This attitude is very backward and stupid indeed!

Now Kenyans living in the diaspora cannot have certain GOK jobs ! This is a continuation of a deranged, misguided, and pathological reaction to the appointment of Mwende Mwinzi. These MPS must first make sure there is meaningful representation for all Kenyans living in the diaspora. This prejudice without representation is totally unfair and disgusting. This is discrimination ! How contemptuous. The FOCUS right now must be on how to eradicate COVID ! This is why we must have diaspora Senators MPs MCA's in both Senate and Parliament.

By choice I pledge allegiance to America and I’m very happy I gave up my Kenyan citizenship! That alone allows me not be dictated upon simple things by fools!

Just look at the lion hunter who is pushing for this nonsense and tell me if you would ever want to dine with such an ugly looking fella!

@Kiplono n I hope u have bot a graveside too in usa n make sure u have written on the Will clearly kama u dumped kenya.Ndio usipatie wakenya shida mingi when that day comes.🤣.All of you guys are reacting n Hata Sheria hainjapitishwa u cannot cook cake eat it n have it.If u decide to take another citizenship which ur proudly with then why cares about ya kenya.Come on guys

@mhalisi - Simple mind always think over trivial things! Look at how simple your mind is to a point your simple mind is being preoccupied by your dead corpse!

That tells me you are living a very miserable life now to be wishing to have a place to rip when you die! So you gonna burry your own corpse when you die?

I am living the fullest of life now and I could care less about what happens to the physical body after death! As a matter of fact, you can use my body for your meat supply after I’m gone!

I`m surprised the same politicians cerebrate diaspora money but not services. why don`t you go to parliament and ask your fellow comrades to cut all diaspora remittances and hear their responses.

There is good and bad based on the comments here on this bill.

What really matters though is if/whether diasporans input was included or considered. This is the most critical matter. For someone to make decisions about you and you are not involved is the perfect definition of colony/clientelism/disenfrachisment..etc.
Those of us in the know, are aware this REALLY is about a political battle, but it must be pointed out that in the end, diasporians will have no one to blame but themselves if they are sidelined.
I say this with authority as someone who personally knew the kenyan group who had to camp out at bomas talks, and sell the idea of dual-citizenship to a hostile parliament. The idea was so foreign and of-course the fat-cats worried about the ill-intent and threats had to be informed of the technical difficulties in the status-quo for those diasporans. Fast forward today and see the huge influx from diasporans as the no.1 inflow to kenya(more than tourism, aid, manufacturing) via personal and joint investments.
The new diaspora generation - millenials will have to figure out where they want to be in 10-20 years and plan. If its jobs, travel or policy, you need to prepare to represent your interests or others will define it for you.

Reactionary leadership and its reactionary legislation will slay even a goose that lays the golden eggs in pseudo-nationalism.