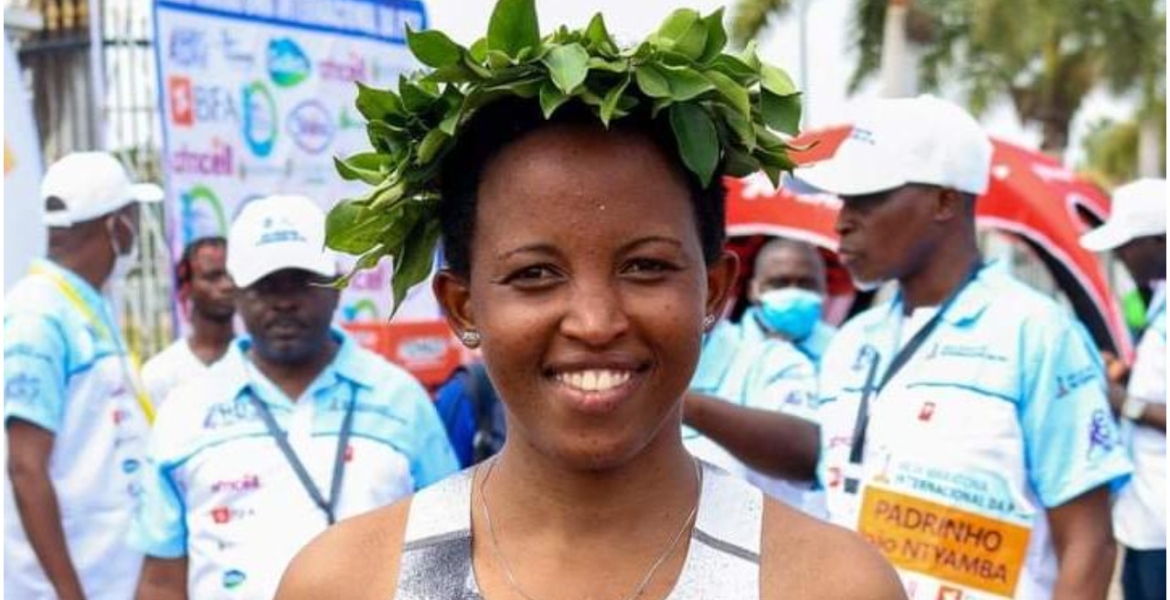 An autopsy has revealed that Kenyan-Bahraini athlete Damaris Muthee Mutua was strangled to death.

Speaking after a post-mortem conducted at the Iten County Referral Hospital mortuary, Keiyo North DCIO Andalo Munga said the cause of death was general strangulation.

“This resulted in asphyxiation and eventual death. We have also taken stomach content samples for toxicology analysis to check if there were some chemicals administered to her,” said Munga.

The examination was done by a team of pathologists from Moi Teaching and Referral Hospital, and in the presence of the victim’s family.

The decomposing body of the 28-year-old long-distance runner was discovered in a rental house at Lilies estate in Iten town, Elgeyo-Marakwet County on Tuesday.

Her alleged Ethiopian lover Eskinder Hailemariam Folie, who has since fled the country, is the prime suspect in her murder.

Hailemariam, who is being sought by police, is the owner of the rented house where Damaris’ body was found lying lifeless.

The deceased’s father Sebastian Mutua called for speedy arrest of the suspect even as he dismissed claims that the two were lovers. He divulged that his daughter was married and has a six-year-old son with her husband.

“My daughter was already married to Felix Ngila, who is based in Qatar, and it was wrong to term the suspect as her lover. I am calling on members of the public to desist from killing their fellow human beings whenever there is an argument, but use dialogue and have respect for the sanctity of life,” he appealed.

Damaris’ father-in-law Josphat Ndeti said the deceased left her Machakos home last Friday after jetting back from Angola, where she participated in a road race.

“I called her the following day, inquiring about the injury which had bogged her down for over two years. She had big dreams and had even bought a one-acre piece of land and wanted to build a house starting in the month of August. She even wanted to buy me a car, but now all has been dashed because of someone who took advantage of her before taking her life,” he said.

Ndeti said the suspect escaped with the deceased’s belongings including her IDs and bank documents.

“We cannot trace her documents, including IDs and even bank documents.”

Damaris’ body will be moved to Machakos as burial arrangements continue at the family’s Katisaa village.

Damaris competed for Kenya as a junior athlete but later switched to run for Bahrain.

The father doesn’t want to believe that her daughter was having an affair though she was married. It’ll look bad with the in-laws. All indications show that this was an entanglement gone wrong!

@@MainK, mzee does not about thte Generation=Z and the hookup culture. Not only that, usually men do not like to think that their women are having an affair...
As I always say,nothing good comes out of cheating. If nothing has gone wrong for you the cheating party,count your blessings,and quite while you are still in the safe zone.

Sad, sad. Complicated further by the fact that:
-she was married, yet she died in the line of cheating
-there is a very young kid left behind
- A similar kind of murder of an athlete happened around that place not too many moons ago
-the husband has not said anything , as of yet
- And the father is claiming her name is being tarnished, yet all pointers show she was having a kind of romantic relationship with the alleged murderer

She cheated, she got cheated out of her own life. May she RIP though.