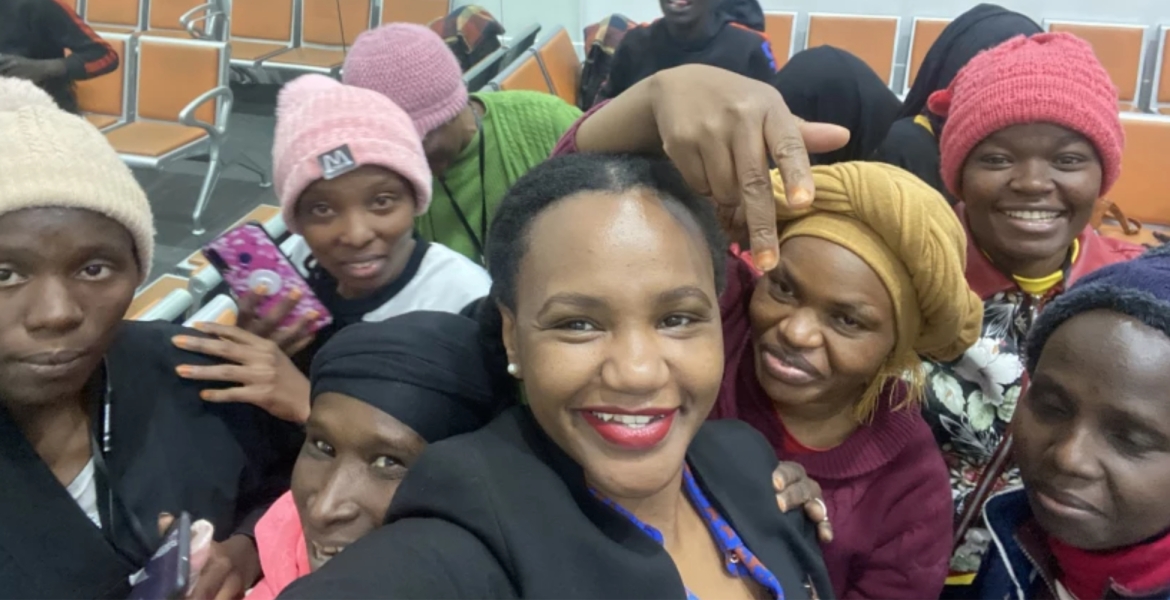 Njogu, who is part of a Kenyan government delegation visiting Saudi Arabia in a bid to address the challenges facing migrant workers there, said she was surprised to find that the Gulf nation has an agency that caters for stranded female domestic workers.

She noted that at least 288 Kenyan workers are currently being given free accommodation in the shelter as authorities process the necessary travel documentation.

“So we went to Sakan holding centre in Riyadh. Sakan shelters take in any female domestic worker in distress. In this particular shelter, they had 257 Kenyans (another 31 are in the other 12 branches across KSA). I was surprised by what I found,” Njogu said via Twitter on Saturday.

She added: “Over the last two years, they have taken in 8,000 Kenyan women and helped them to transition back home. They do this at zero cost to the worker, and support our embassy @KenyaRiyadh.”

The principal secretary also said the centres offer free legal aid to domestic workers with pending employment disputes and other legal concerns and assist them in procuring exit visas.

In addition, the centre has recreational facilities, including a swimming pool.

“The women we met confirmed that they are given food, shelter, medical care, psychological/psychiatric care, and eventually plane tickets to go home. There’s recreation- I watched them taking a swim! They keep their phones and can leave if they want,” she said.

“I was surprised by what I did NOT see. I’d been told that I’d see sick, malnourished women. My team & I provided consular services…In fact, 75 of the 288 women in Sakan already have their tickets for NBI.”

PS Njogu further said Kenyans who decry mistreatment and abuse in Saudi Arabia are often those who have entered the country through the wrong channels.

“DWs who are out of status or who abandon their contract often fall prey to dalalas who traffic them to work illegally in other households. Then they are taken advantage of & mistreated as we have seen on social media. It’s hard to protect you when you enter the black market!” she noted.

“Calling all activists, Kenyans of goodwill and keyboard warriors: kindly direct domestic workers in distress in KSA to go to a Sakan centre near them. Instead of flooding my DM, this is a fast, safe and FREE service. Help you fellow Kenyans,” she said.

This south Arabia problem outweigh the benefit that kenya government , it only fools cannot understand.. May politicians are capitalizing youth and women problem for self gain

They say, "the road to hell is paved with good intentions".

You are right Mary. It just doesn't add up. If this report is true, what did Mutua and company find out during their inspection and truth finding tours to the same place?
We have heard that most of the employment agencies are owned by politicians. Is this the reason they have not been transparent. We demand answers.
You were willing to stay quiet while our women were being tortured and killed by your friends in the Middle East.
By the way, most of the black slaves in the US and the Caribbean, and South America were sold by their fellow Africans. You are just picking up where your ancestors left off. Shame on you.

Are they happy because they are alive and heading to Kenya or were bribed to smile for the camera.Those who are mistreated either are not aware that such a “heavenly “ place exists.If they provide help should it not be for everyone legal or as they call them in the gulf “kemboi” if the ultimate goal is to provide safe passage to either better employment or Kenya.This looks staged and all those who return to Kenya as corpse did not kill themselves.

....all the way to Saudi to go blame the VICTIM? Legal or illegal, MUST be protected.

They lock them up and deny them food, put them to work for over 16 hours a day, beat them and abuse them in all manner of ways....mistreat them to death.. The girls do not even have strength to RUN....leave along escape the monitoring put in place. FIRST things FIRST --- working conditions. WORKING CONDITIONS will be made clear to every GIRL and the EMPLOYER. Period. A WRITTEN TOR a must!..

We all know some big wigs in the government are in the mix in this saga. A mouse cannot challenge a lion to a duel. Hii maneno haitawahi isha.