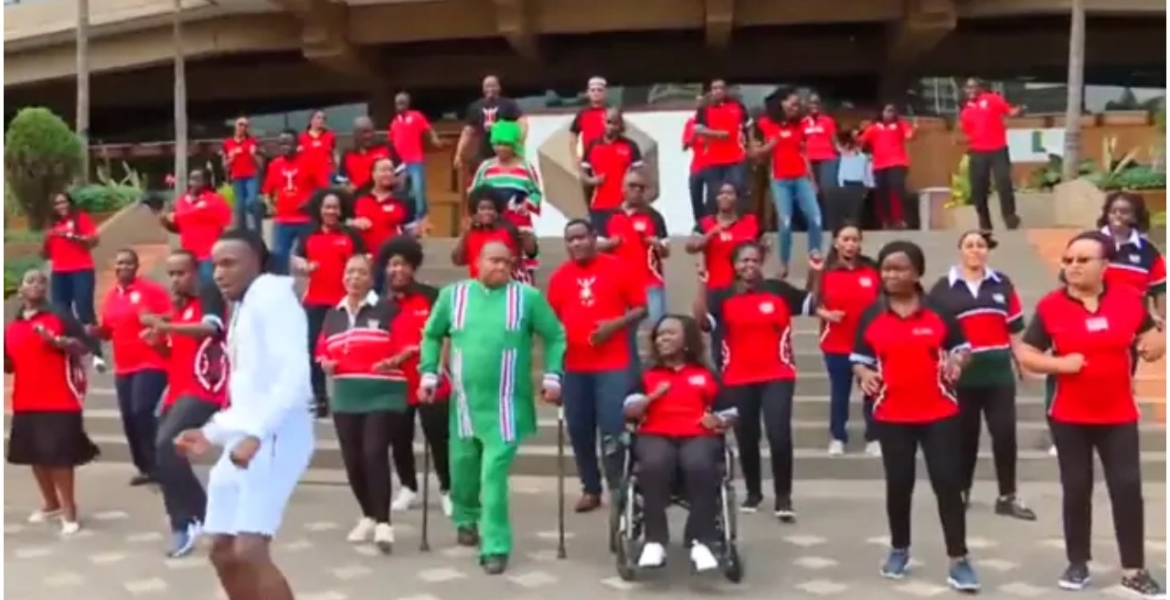 Several organizations in Kenya and around the world could be forced to pay huge fines over the much-hyped Jerusalema dance challenge.

This comes after Warner Music, the US-based record company that partially holds the rights to the song, announced it will demand license fees for the use of the song in dance videos. Master KG, the South African musician behind the global hit, partly owns rights to the music.

Warner stated that viewers should have sought permission from the producers in the form of a license, before recording dances to the music.

The company in a statement through German news outlet Deutsche Welle (DW) said it will be demanding fees from any organization or institution that used the song as an advertising or image-promoting effect.

Many government and private institutions in Kenya took part in the challenge and are likely to be compelled to pay fines if Warner makes good their threats.

Produced and released in 2019, the Jerusalema song hit the trending path during the COVID-19 pandemic in 2020, which saw its viewership on YouTube surpass 340 million.

Warner is one of the “big three” recording companies and the third-largest in the global music industry behind Universal Music Group and Sony Music Entertainment.

Good luck getting a dime in Kenya. Start with Sonko who is shamelessly wearing tights in this one
https://youtu.be/skvNtBVv4Ag

Between Uhuru and Sonko, there appear to be two healthy babies on the way at a minimum. I understand exercise is good during pregnancy.

Far fetched! Good luck tracking business ownership in Africa; leave alone taking them to court! Impossible! We will file a petition to boycott all Warner productions; how about that? They should be happy we made them popular!

Turundie lugha,desturi n a Mungu WA Muafrika.
" To speak is to live for another" - Time is ripe to go back to our roots!!

We All descend from Adam so Africa religion doesn't exist. One God one way that is Jesus. Jesus is mixed coz Rahab a black/canaanite was his ancestor. He appointed black disciples Akina Simeon aka Niger and Lucius of Cyrene. They were apostles in Antioch

So, Adam's children married each other? And so on and so forth?
The amount of ignorance by people worshipping a white god imposed upon them by colonizers never ceases to amaze me. Like sheep, they stick to a book that says the earth is ~4000 years old. Why write things in a book? Why not write it in people's hearts as soon as they're born ndio tutoe hii confusion?
Btw, please don't quote scriptures if you're going to respond

So you prefer that story of incest, revenge, jealousy, murder and general mayhem over stories that make more sense like the one of Gikuyu na Mumbi? Which line do you think is more viable, the one with 9 unrelated men for 9 women or a single man and woman populating the earth? Africans have far more realistic creation stories than inbreeding which is really bad for a species.

Master KG is from South Africa. Here we practice ubuntu. To hell with so called Warner Music.

My take is this,...if any entity benefited financially, then they need to pay, but if it was used for healing the masses,forget it.

Let them pay. Give them hell Warner Music. Kenya is a country of piracy. They pirate all music. Fight back