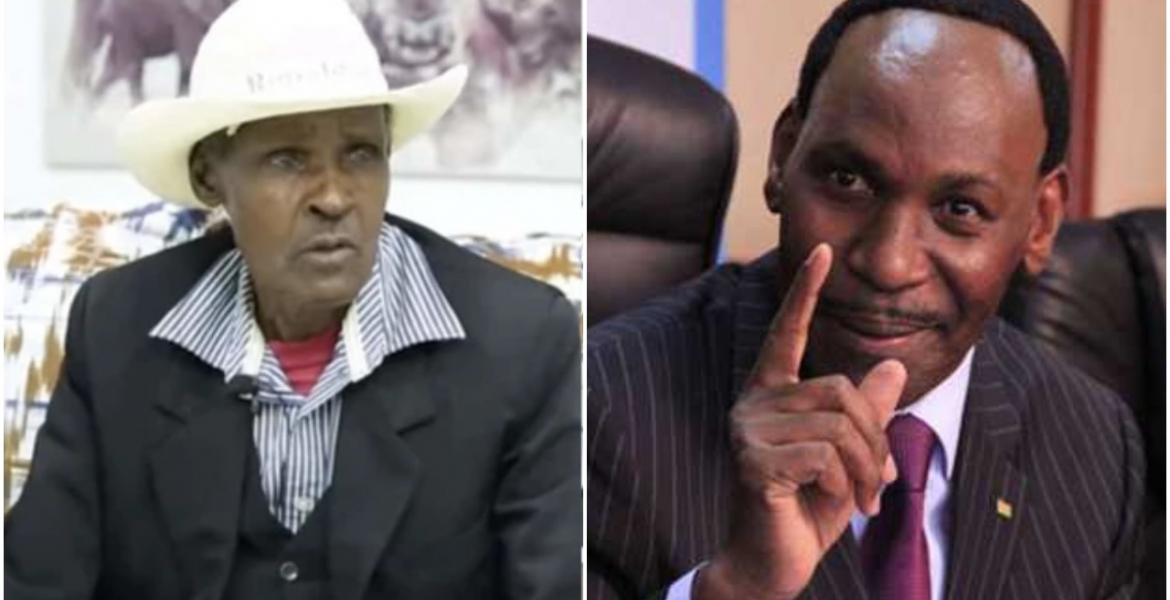 The song was released by veteran Kikuyu musician Dick Munyonyi in 1986 but only became a hit recently after it was shared on social media by journalist Jeff Kuria, winning the heart of many Kenyans.

It has taken the internet by storm, with Kenyans inventing Firirinda dance challenge. Murang’a MCAs danced to the song after passing the Building Bridges Initiative (BBI) Bill on Tuesday.

On Thursday, Mutua termed Firirinda as a traditional song that depicts the warmth and joy of welcoming visitors, adding that it is fit for consumption by people of all ages.

“FIRIRINDA (Free rinda) is the kind of content we want. It's a nice traditional song based on Kenya's culture. The song is approved by KFCB for consumption by people of all ages. It depicts the warmth and joy of welcoming visitors!” Mutua wrote on Facebook.

“It’s derived from “free rinda” one of the dance moves by women where the dress moves freely. It’s one of the ways Kikuyu women used to show off to visitors. The “soloist” calls out “tumonie firirinda!” Mutua added.

Munyonyi, who began his career in 1971, has been battling tuberculosis and now plays the guitar when his son, who took after him musically, performs.

I thought Mr. Mutua was about to condemn Firirinda navile imeshika. Every time I read something about Mr. Mutua he's against something lakini hii imemuweza. I am sure he's dancing into it to like I am doing. Bravo Mr. Munyonyi.

Who's up for the challenge?

Centro people can't sing...hizi chura like voices and dancing in an un-coordinated way kama wameshinda on Muratina. Where is some rhumba lakeside so we can show watu wa centro dignified singing and dancing...roho safi. Meanwhile waendelee kuesabu pesa yote ya kuibwa na ya ukweli.

@Seneca - You are ignorant human being and tribalist. Embrace every community. If it was someone from "Lakeside" as you say, i will support them rather than challenging them. By the end of the day, we are all Kenyans. You just made yourself look like a fool in this thread. The song is trending to millions of people, so why only you that can't see the good side of it? Who cares whether people are from central side or lakeside? Open your eyes and remember those 'central people" you hate, can be your savior one day.

Kudos Dr. Ezekiel Mutua! Yes, this song is very jovial and a good way of welcoming visitors. I love it and i can't stop listening to it and dancing the moves. Thanks to Mr. Munyonyi for his great Legacy.