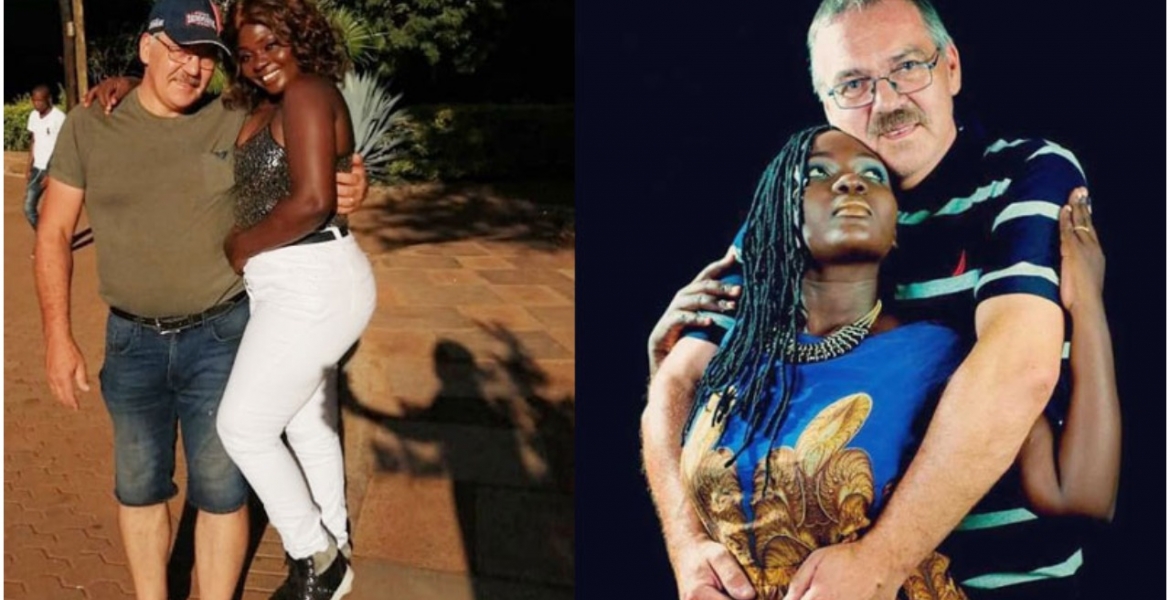 Her spouse Henning Nielsen, a Danish national, allegedly walked out on her following an April Fool’s Day prank went wrong.

The Watu Na Viatu hitmaker is said to have pranked her husband by claiming that she was pregnant yet the two had not seen each other for three months, something that infuriated Nielsen.

“I never thought he would take this so seriously. I made the joke at 8 am and come 4 pm, I told him it was a joke but by that time he had taken it seriously. He has been silent on me since, something I had never foreseen happening in the last seven years we have been together as friends and as a couple,” Nyota Ndogo says.

Nyota says she has been having sleeping nights since the incident and all she wants is for the love of his life to come back.

“Please come back to me. I don’t want your money, I’m crying for love. I found love in you and without you I will die single,” she said on Instagram.

The two divorcees tied the knot in May 2016, eight years after Nyota separated from her former husband K-short. Both have grown-up children from previous marriages.

Nyota, who is based in Voi, Taita Taveta County, runs her real estate and fast food businesses.

Hahaha," I dont want your money..."that says it all;how common is it to see a young woman marrying a grand pa who has no money?It does not happen even with Christians who profess God's love.
Anyway, if the joke went too far as you put it Nyota, its still your fault.This is a kin to telling your husband that ,"this child is not yours".Even if you are joking,that statement plants adoubt.

Let’s leave pranks alone. I pranked Baba Raila that I was on my way to Jamhuri, he was super super excited and without letting me know, he camped at the airport waiting for me. A day later, I told him that I just wanted to see if he is missing me. He was infuriated, he blocked my number, blocked me on Facebook. He has not spoken to me in 3 months, he usually calls every other day. I am terrified.

Akili Ndogo out in Kenyan crying for grand pa. On marrying white people Africans have no shame or manners picking anything that walks as long as they r white. Looking at the dude he ain't gone very far just peek into ur neighbours hut idiot.

“Nyota says she has been having sleeping nights since the incident and all she wants is for the love of his life to come back.” What’s wrong with this statement? Professional Journalism has gone to the dogs!

With such a name it says a lot about the star's mental capacity. Choice of jokes is bipolar. Try comedy or motivation speaker

That is who she is recalling ? ha ha ha

Love knows no color, age,or any common sense.
But, we also have to be realistic about the simple facts....
Willing seller, Willing BUYER.
Who is fooling who?

Ati I don’t want your money? That is all she wants from nyeuthi.