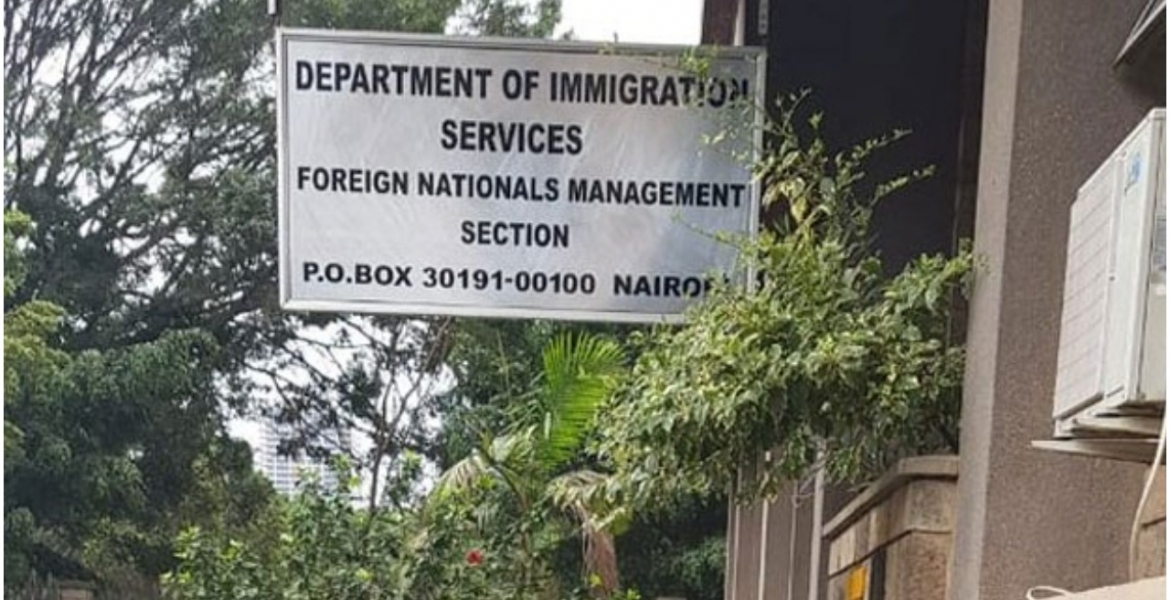 The government has launched a 60-day Rapid Results Initiative Program (RRI) to expedite the issuance of citizenship documents.

The program, which aims at clearing the backlog of citizenship applications at the Immigration Department, will run from June 2nd to July 31st.

“Now that our constitution allows for dual citizenship, it is important for all those Kenyans to apply and regain their citizenship and all applicants have to follow the guidelines laid down in the Kenya Citizenship and Immigration Act of 2011,” said Matiang’i.

The initiative also targets people who were born in Kenya but relinquished their citizenship to become citizens of another country before the 2010 constitution.

Matiang’i added that the government is seeking to reunite the affected with their families and has requested the Attorney-General to simplify the process.

“We are also issuing spouses of Kenyan citizens and their descendants with legal identity documents to stabilize the families. Some 500 qualified foreign investors will also receive lawful permanent residence status to spur our economic growth and create thousands of jobs for locals,” he said.

The government plans to process as many applications as possible by the end of the year. All applications will be done online.

Trade and Industrialization CS Betty Maina and the director of immigration services Alexander Muteshi were also present during the launch of the program.

CS Maina asked foreign investors with pending applications to revisit their applications and follow the process in the new system.

“Kenya remains a very open place for investors and we welcome them here,” she said.

This has a hidden agenda!

I too smell something...not sure what. ?foreign investors excitement or election numbers or Miguna Miguna needs to come back and take this sinking ship home to Canaan??

There is a court order that clarifies that Kenyan citizenship by birth cannot be lost under any circumstances.

So, why is the government claiming Kenyans who renounced their citizenship by birth re-applying for citizenship?

Does the Kenyan government understand court orders or the law?

In the name of investment and job creation by foreigners, Kenya is being occupied.
Foreigners can come and visit but truth be told, they do not come to create jobs. They come to use our resources.
If the government want to create jobs, make Kiswahili both our national and official language and leave our people alone.
Stop importing everything from foreign nations. Our jobs will be secure.
Soon mother nature will sought out who belongs to the land and who does not. When that time arrives, propaganda and fake papers bought with money will not work. That time is already on the horizon. We just have to be patient!!

Foreigners are coming to Kenya to fight what they call " Njahi wars".
We know they will not win on this one. This is a spiritual war and that is their weakness. They have physical might, Kenyans have spiritual might.
Welcome to Kenya. Kenya is is God's country!!

I don't think congenital corruption is a spiritual strength. All foreigners have to do is wave €, $ or £ and Kenyans will do whatever they are told. Culture ya kitu kidogo is Kenya's downfall.