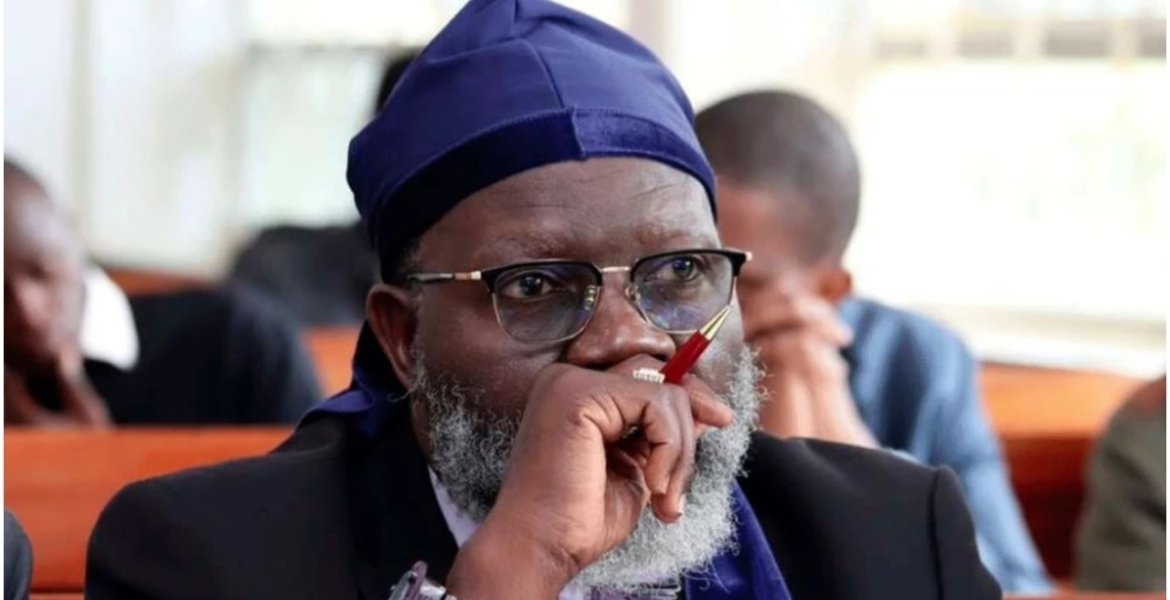 Through his lawyers, Gichira has written to the British High Commission in Nairobi seeking to establish whether Wajackoyah renounced his alleged UK citizenship in order to be eligible to vie for public office in Kenya.

"We write on behalf of our client to get clear clarification on whether the above-named candidate is a British Citizen, and if so, has he renounced such citizenship rights?" reads the letter in part as quoted by The Star.

Wajackoyah previously claimed that he unsuccessfully vied for a parliamentary seat in the UK where he lived as a refugee. He said he was disqualified from the Tottenham parliamentary race because he did not have a wife.

“I have stood for elections in the UK. I was told ‘you are not ripe enough to be Tottenham MP because we have checked in your records and we have established that you have children with no wife. ‘Tell us how you got these children yet you don’t have a wife’,” Wajackoyah recalled during an interview.

The presidential contender added that he was informed that he would not be allowed to vie for the seat because it is against the ethics of the people of the UK.

"I told them that I got the kids before getting married. The officials told me they could not allow me to run due to ethics. That's why I have got solidarity to ethics.”

Citing British law, Gichira argues that Wajackoyah vying means he was either a citizen of the UK or Ireland or a citizen of a Commonwealth country.

He further pointed out that under Kenyan law only citizens of the country are eligible to vie for the State Office and that Article 78 (1) of Citizenship and Leadership stipulates that a State Officer or a member of defense forces should not hold dual citizenship.

Last month, Wajackoyah told Citizen TV that his family is in the process of acquiring Kenyan citizenship and join him in the country soon. He revealed that his wife, an American, lives in the US while their kids reside in the UK.

“I have children and an American wife. She lives in the United States and our grown-up kids live in the United Kingdom,” he said.

Standing for elections in UK, having kids in UK, having a US wife; none of these makes one a UK citizen. Gichira need to understand the UK laws on citizenship, then provide the relevant evidence. Whatever information he has provided is good reading, but irrelevant to his question.

Who can stand as an MP?
To stand as a candidate in a UK Parliamentary General Election you need to be at least 18 years old and:

a citizen of the Republic of Ireland

Just like running for Congress in the US, you can't run for parliament if you aren't a citizen in the UK. He's not being upfront about that. Here's a link to the relevant info:
https://www.parliament.uk/about/mps-and-lords/members/electing-mps/cand…

Calm down bro. Chickens coming home to roost! Yes, we need to renounce our foreign citizenship to vie for a seat in Kenya! Its a matter of national security besides being a constitutional requirement. We should ALL abide by the rule of law. No rule BENDING regardless of the candidates popularity. Its called INTEGRITY!!

BTW @imkgoogo, enjoying premarital sex and birth control failure are not mentioned as limiting factors nor are ethics brought up. I think he was engaging in self promotional puffery that is now biting him in the ass.

I'm waiting for Chebukati to explain where and when he obtained his degrees. Chebukati claims that he has done his due diligence, but he is not providing anything tangible.

Who cares! All we need is a new horse who has a proven record of NOT contributing the kind of mess we have in Kenya today!

We need fresh blood with some common sense, we could care less of their tribe, level of education, citizenship, marital status etc!

@GG, his ideas are forward thinking and I actually think he is on to something. But as with MigunaX2, the law is the law and since it's in the constitution, how will he obey, respect, uphold, preserve, protect and defend the constitution of Kenya if he won't start by following it. He does have choices, renounce or step aside. I suspect that like many of us he wants to keep his other citizenship but there is a price.

He is fresh , misguided and corrupt.

Kenya needs people who are new, fresh with integrity.

If the ganja man had renounced his British or any other foreign citizenship, by now he would have come out blazing. The fact that he has remained mute on the subject matter confirms the question.